If there’s one thing Louis Vuitton does best (and this has been something I’ve constantly repeated over the years), when it comes to choices as far as bag styles are concerned, there are always aplenty. It was always the case for women’s bags, and with the new Monogram Eclipse collection, it is the same (if not better) for the boys as well.

So what can you expect from this special collection, which takes Louis Vuitton’s traditional Monogram Canvas and turns it Black and Grey for an update that not only feels really modern, it’s in a colour combination that even a man’s man will find hard to resist and not shy away from. And then there are the various bag styles (6 to be exact) that range from a backpack to 2 styles of duffles, along with a briefcase, as well as messengers in 2 different designs. In other words, there is something for everyone, and if you want, you could even get two (or more) just to make it a matching set. 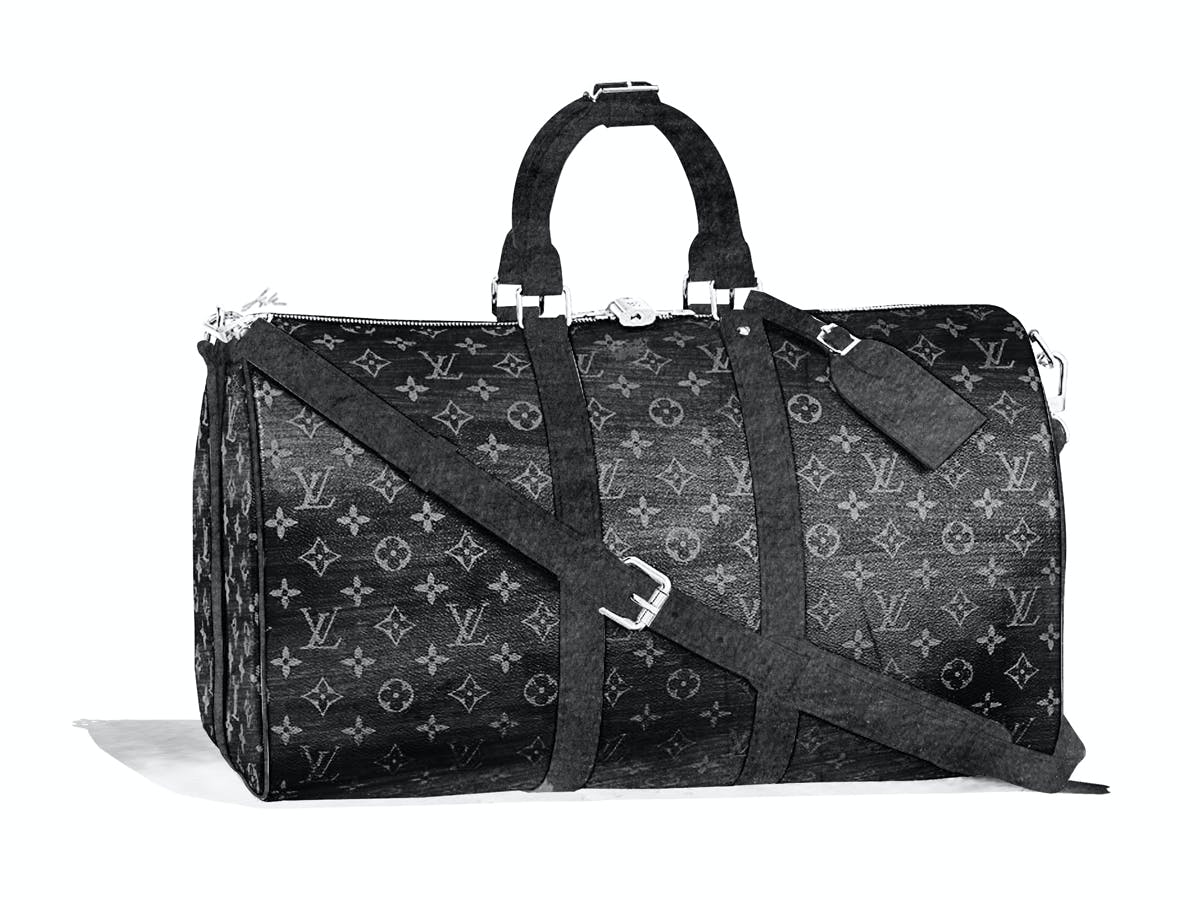 First up, we’ve got the duffles, one the classic Monogram Eclipse Keepall55 Bandouliere, and the other, a new take on the Keepall, the Monogram Eclipse Keepall Voyager. While one’s an icon in its own right, the other is a tad smaller with a full leather base, along with relaxed canvas top handles as well as that all-important shoulder sling no respecting duffle can do without. Priced at SGD2400 and SGD4250 respectively for the Keepall55 Bandouliere and the Keepall Voyager, these are the bags you use for short jaunts around the region, weekend staycations and even as a gym bag. Next we’ve got the backpack, which at first glance doesn’t really look like a backpack at all. Known simply as the Monogram Eclipse Backpack Explorer (SGD3800), it’s actually your typical backpack but without the usual front flap. Yup, no flap but that’s instead replaced with 2 short top handles, which actually stretches its functionality IMHO. Carry it on your back via its regular handles, or hand-held via its top handles, the choice is yours really.

Everyone’s lazy bag, also known as the messenger, is next, and with Louis Vuitton’s Monogram Eclipse collection, there are 2 distinct styles that come in a range of sizes. For starters, we’ve got the Monogram Eclipse Messenger Voyager that’s shaped like an inverted trapezoid (also known as the large front flap) that clips down to the sides of the bag. Finished with a top handle and your shoulder sling, the SGD3000 bag for the one in PM size is also more casual. Which brings us to the more formal of the duo, the Monogram Eclipse Messenger Explorer. Definitely squarish with a formal attitude to boot, it’s also more suited for those older amongst us, if you know what I mean. Priced at SGD2560 for the MM size, both can be worn across the shoulder with easy access to their contents. Last, but by no means least, is the Monogram Eclipse Briefcase Explorer, your definitive work bag best suited for those who work in environments that request that you be smart on a daily basis. Measuring some 39 cm across by 30 cm in height, it’s a handsome bag, with top zip closures on a part-leather, part-Monogram Eclipse body. Lined with a tactile fabric and made available with a shoulder sling that’s also removable, this SGD2860 briefcase, along with the 5 others already mentioned in this post, is now available at a Louis Vuitton near you.

In other words, Louis Vuitton has already done all the work for you and given you options galore; you just need to decide which is the best option for you. And if you still can’t decide, drop a comment here and I’ll see what I can do for you. Or follow this link and see the full collection online via LV. #happyshopping

Images: JSK for Louis Vuitton
This post is part of a special feature created in partnership with Louis Vuitton