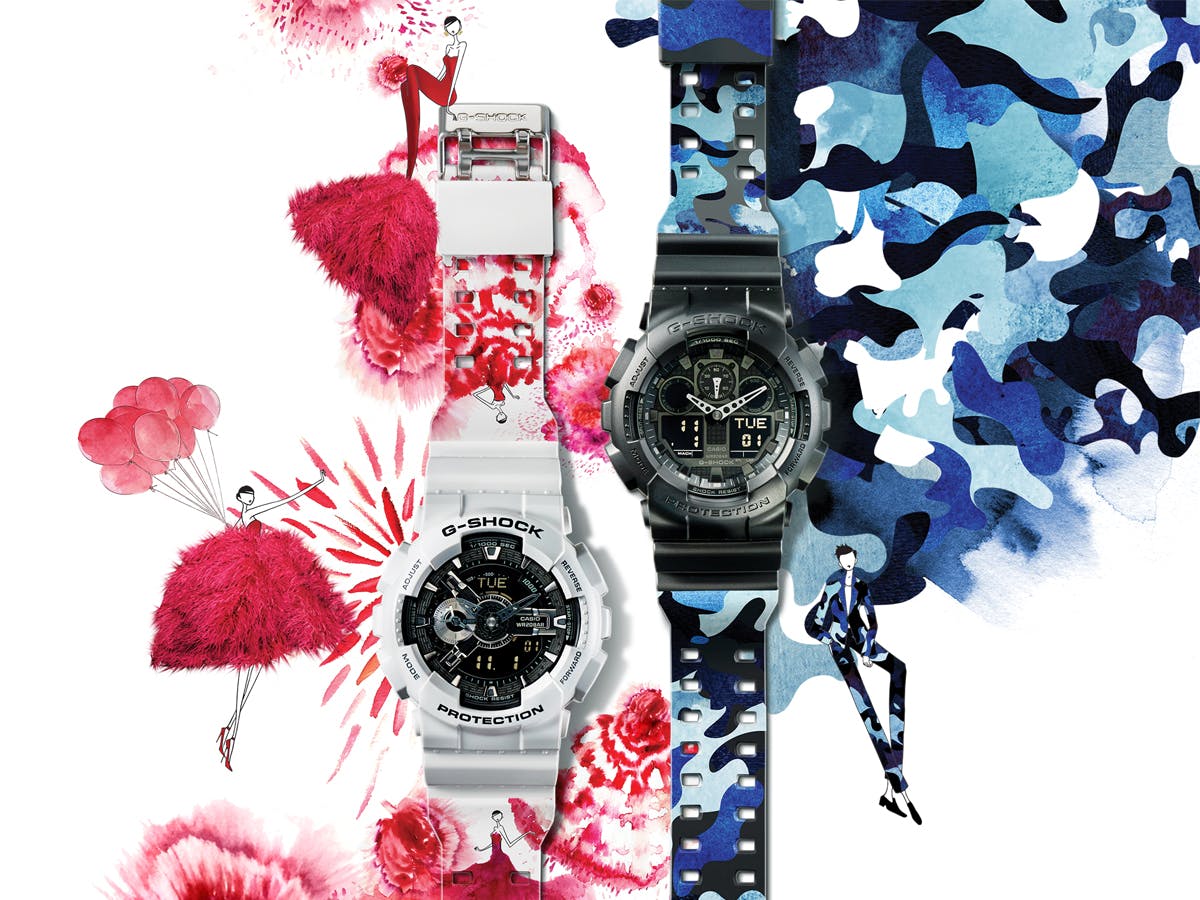 If you’ve been following the blog (and my Instagram account) closely, you’ll be no stranger to celebrated Seoul-born artist Jae Suk Kim, who’s perhaps most famous for his ethereally beautiful illustrations featuring the Susu girl, his playful short-haired muse that’s often depicted wearing the season’s best couture and runway collections. No stranger to big-name brand collaborations either, his well-loved Susu girl has graced digital and social content campaigns for the likes of Bulgari, Cartier and Chanel, just to name a few, as well as international print editions of titles including ELLE, GQ, Harpers Bazaar and Vogue.

For the first time ever (and a treat for those located in Singapore), UOB Cards is proud to announce their close collaboration with Jae Suk Kim to present this pair of limited edition of Casio G-Shock timepieces. Featuring his distinct illustrations in water colours, the first is an all-white G-Shock featuring Susu in a beautiful pink gown, while the second features a black/blue camouflage pattern on an all-black G-Shock timepiece. And these aren’t any normal watches either; both resin timepieces feature all the additional bells and whistles you’d expect from a G-Shock, from water resistance (up to 200 m) to mineral glass faces and world time, along with up to 5 alarm pre-sets.

But that’s not all. If you’re familiar with contactless payment, UOB Cards has taken it a step further by combining it with these designer timepieces. Just SMS the bank and a ‘credit card’ with a contactless chip will be mailed to you. Remove the chip, pop it into the specially designed loop on the timepiece’s wristband and you’re literally good to go. All you’ll have to do? When you want to pay, just wave your watch (or in this case, your wrist) at the contactless payment terminal and you’re all set.

And the best news? They’re free. Yes, free. If you’re a UOB Cards cardmember, all you’ll have to do is spend SGD2500 on your card in Singapore (or overseas) on up to 6 charge slips. That’s it. Once that’s done, simply head down to Mojito Redemption at Plaza Singapore Extension with your card, charge slips and proof of identity to complete the redemption. Limited to one timepiece per cardmember, you can start redeeming these beauties from today till 10 January 2017, or whilst stocks last. For more T&Cs, just follow this link.

Now excuse me while I go figure out who’s been naughty or nice, and start spending on my UOB Card for the holidays. And do act soon, because such a beautifully designed redemption gift will most definitely run out very, very fast.

Image: Jae Suk Kim for UOB Cards
This post is a special feature created in partnership with UOB