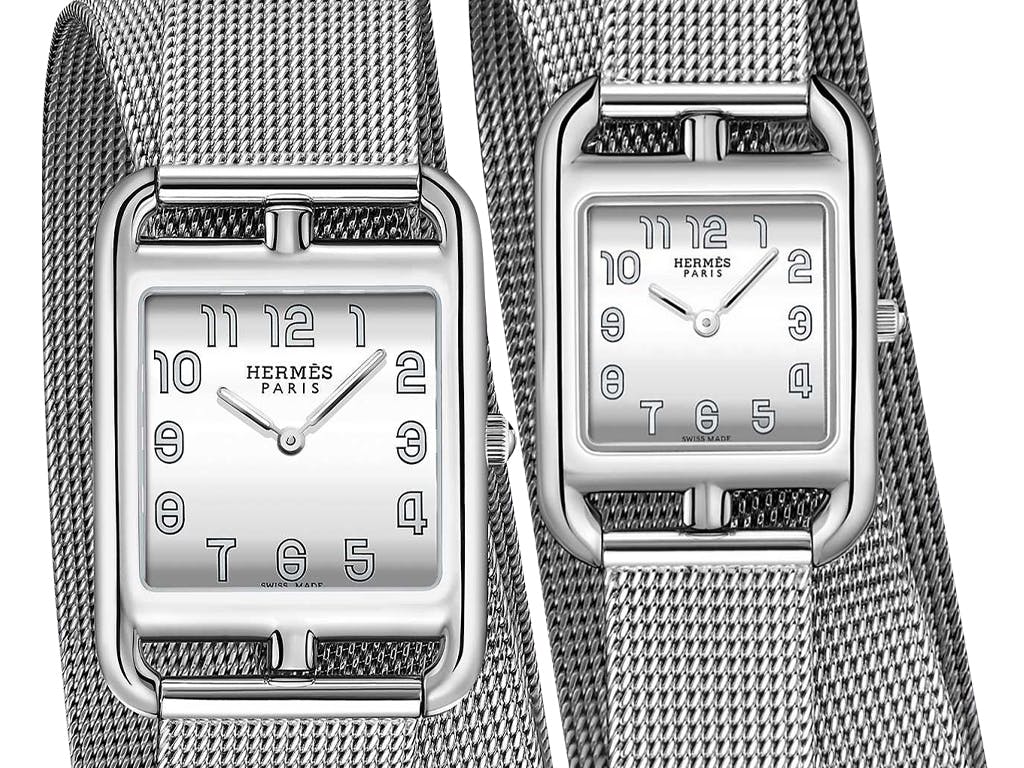 It’s true when they say that Hermès is more than just about the Birkin, having excelled in the equestrian world, creating object d’arts for the home, and recently taking the world by storm with its foray into beauty. And if that’s not enough, the French luxury brand is also known for its stellar collection of watches, with the most noted of them all being the Cape Cod that was designed back in 1991 by Henri d’Origny. The designer was tasked with creating a square watch, but he played around with the proportions and created a new timepiece that featured a square dial placed within the Chaîne d’ancre-shaped case. Since then, it has gained immense popularity for its eye-catching (and iconic) shape, especially in 1998 when Martin Margiela launched the game-changing double tour strap for the Cape Cod. The double tour straps typically came in leather versions, but its recent addition for the Cape Cod include the ones that feature a long steel bracelet (Milanese), one that can be looped twice (or just once) depending on your style preference. Milanese mesh bracelets are known for their high levels of comfort, carrying an ability to contour around the wrist for a perfect fit. The best part is that it takes the temperature of your skin, so you won’t be subjected to shocks when you’re exposed to prolonged periods under the sun or in an air-conditioned environment.

These gorgeous beauties have popped up on Hermès Singapore’s online store, coming in two sizes, 23 by 23 mm (SGD5530) and 29 by 29 mm (SGD5710). Both timepieces feature a rhodium-plated and mirror-polished dial coated with a blue-toned translucent lacquer. The finishing touch? That would be the steel mesh bracelet, of course, one that gives it a bold and modern twist that looks (and feels) good from multiple angles.