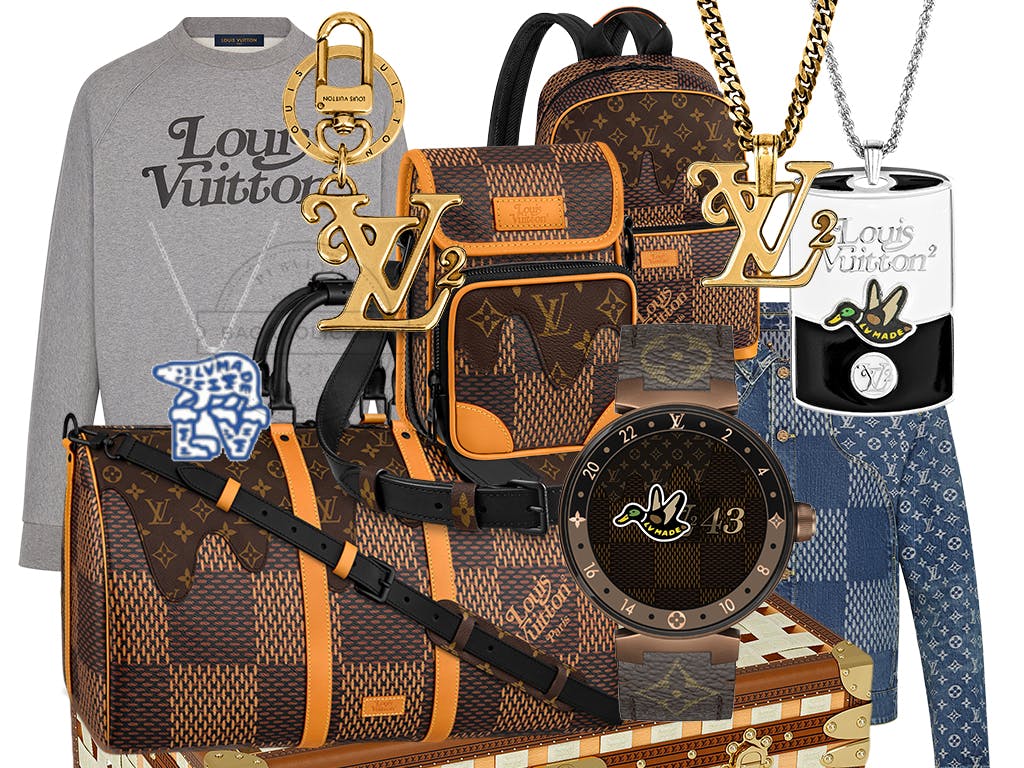 After months of eager anticipation and unofficial leaks on Instagram, Louis Vuitton has finally confirmed that the LV² (or #LVxNigo) collection will launch in Singapore in two separate drops. A collaboration between Virgil Abloh and Nigo (creator of A Bathing Ape, Human Made and co-founder of Billionaire Boys Club with Pharrell Williams), the expressive collection features urban renditions of Louis Vuitton signatures, from the beloved Amazone crossbody to the classic Keepall, along with a quirky selection of accessories, RTW and shoes that’s Nigo through and through. And with LVxNigo Wave 1 slated for release on 26 June 2020, the countdown has finally begun, with less than ten days till you’re able to get your hands on this exclusive collection.

Denim seems to be the key focus in the RTW department, with pieces that come in a mix of Damier and Monogram, composed (cut-out, embroidered or printed) to form patterns on jackets, shirts and trousers. Moving over to footwear, you will find ankle boots, derby shoes and loafers rendered in materials like suede and leather, as well as denim mules that proudly feature the LV² logo on the buckle. Accessories are aplenty, with necklaces, keychains and even the Tambour Horizon which comes with the LV Made Duck (a symbol interpreted from Nigo’s Human Made line) featured prominently on the watch dial. Now, the highlight of the collection has got to be the bags and SLGs, with these designs released exclusively for the first wave. City bags like the Campus Backpack (SGD3750), Nano Amazone Messenger (SGD2940) and Keepall Bandoulière 50 (SGD3950) will be available for sale, though you have to note that they will only be available in limited quantities islandwide. SLGs will include pieces like the Pocket Organiser (SGD595) and Brazza Wallet (SGD1120), with the LV Made Duck Coin Cardholder (SGD825) a definite collector’s piece.

Everything else like the Double Phone Pouch or Mini Tote which you’ve viewed in campaign imagery and the like will only be arriving for the second wave that’s slated for August 2020, so stay tuned for more information on that. For now, what are some of the pieces you’re eyeing? And have you indicated your interest with your Louis Vuitton SAs yet?

UPDATE: 26 June 2020
Good news! Most of the collaboration pieces are now online via LV Singapore, so all you need to do is to hit this link and shop away. And if you see if but can’t add to bag, simply give them a call and find out anyway, ok?