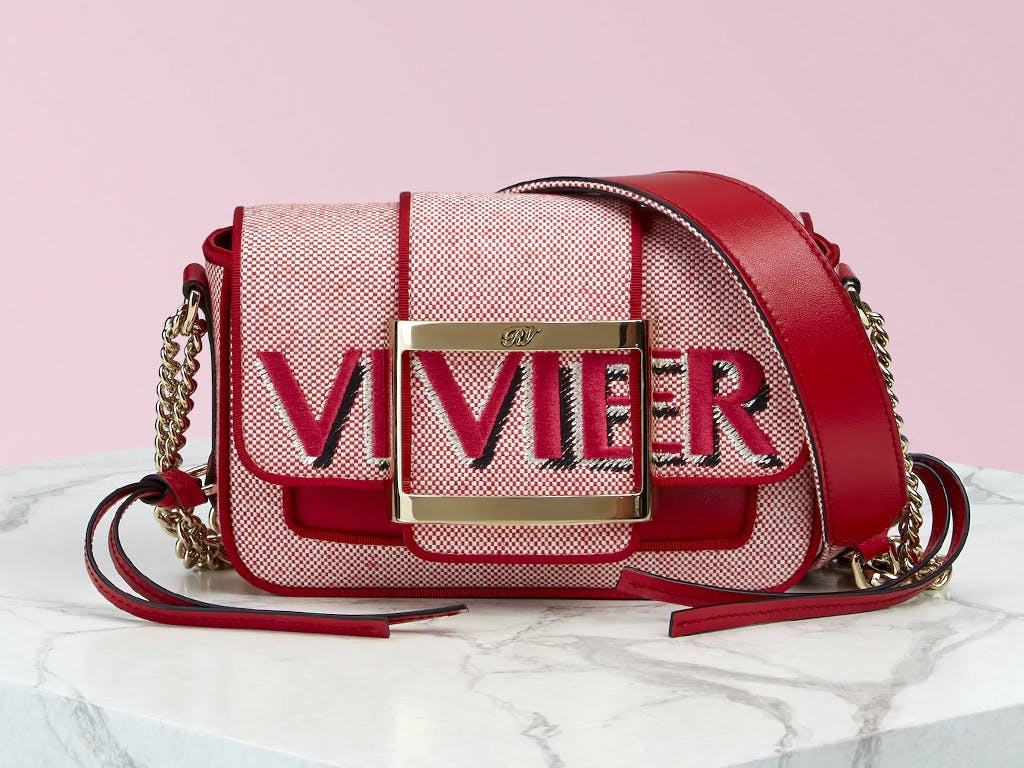 Sure, Roger Vivier was known for his groundbreaking designs like the Choc Heel and Virgule Heel (shaped like a comma), but nothing comes quite as close as the Belle Vivier, identified by the oversized chrome-plated buckle which he designed for Yves Saint Laurent’s emblematic Mondrian collection. It gained immense popularity soon after, and was prominently featured on French actress Catherine Deneuve as her shoe-of-choice in the film Belle de Jour, forever sealing its status as the one-and-only Belle Vivier till this very day. In 2018, Gherardo Felloni (the current Creative Director of Roger Vivier) launched a brand new line that was very much inspired by the signature buckle of the Belle Vivier, giving it a contemporary spin and making it the 21st-century icon of the house. Coined Très Vivier, the entire line consists of bags and shoes that will never go out of style, continually updated season after season in exciting new shapes and materials emblazoned with the distinctive RV-engraved metallic buckle.

For Spring-Summer 2020, Roger Vivier introduced a brand new bag that’s part of the Très Vivier line, crafted from hard-wearing canvas and furnished with the iconic oversized buckle right in the middle. The embroidered Vivier logo gives it a playful touch, coming in a contrasting hue that gives just the right pop of colour against the canvas body.

The 19 cm by 11 cm bag opens to a single compartment that’s perfectly sized for your daily essentials, with an accompanying chain strap (and supporting leather pad) that will allow it to be worn effortlessly over the shoulder or across the body. Aside from Red, the Call Me Très Vivier Micro Bag (SGD2320) will also come in a Black/White version, both of which are now available at the Roger Vivier boutiques in Marina Bay Sands and Takashimaya Department Store.