It was just a year ago when Bulgari celebrated the 20th anniversary of its signature B.zero1, a timeless beauty inspired by the geometric curves of the ancient Colosseum in Rome, with a central looping band that’s a nod to the Tubogas pattern which has grown to become synonymous with the house.

Over the years, the B.zero1 has seen its fair share of interpretations with big-name collaborators like Anish Kapoor and the late Zaha Hadid, and today, the Italian luxury jeweller continues to break all-new barriers by introducing an entirely new line-up referred to as the B.zero1 Rock. 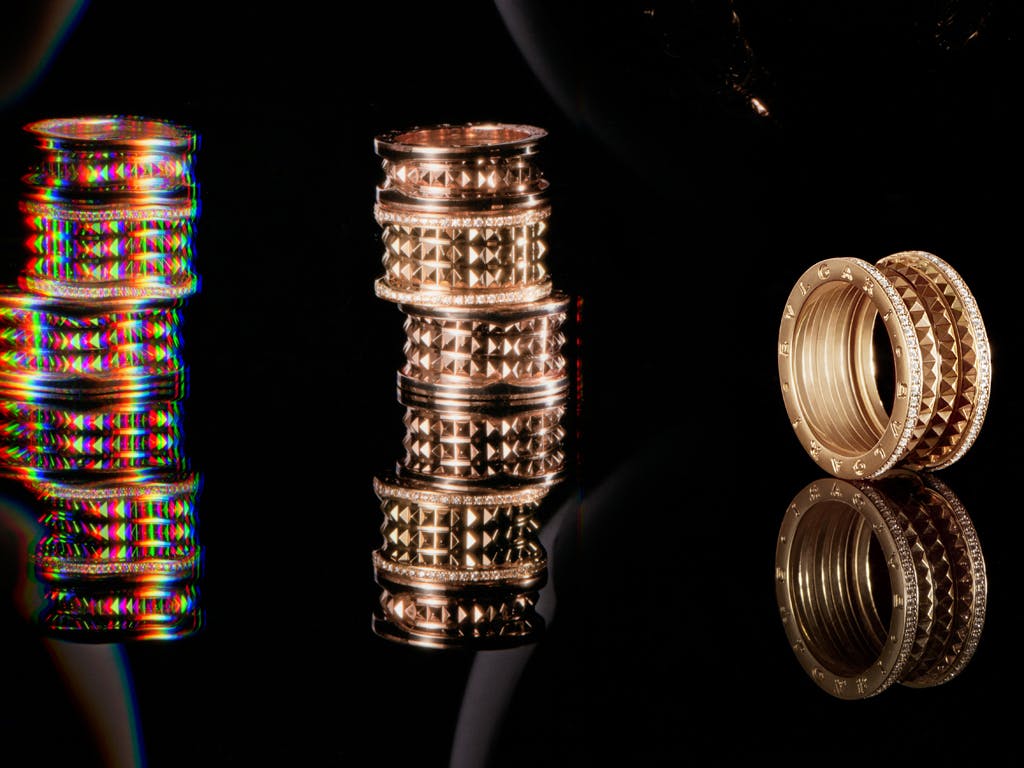 Pieces in the collection are identified by the addition of studs running down the middle that give it that definite edge over past incarnations, ones that have been instantly transformed even though they have been icons in their own right for the longest time. Then there are the ones that come with black ceramic that’s absolutely perfect for the boys as well. You’ll find a rock solid range of rings and bracelets that make for a gorgeous stack, as well as a selection of necklaces which can be layered as a trio for statement-making looks. Keeping in tune with the narrative of all-things rock(s) are the dazzling diamonds themselves, which appear in a pavé setting on selected yellow gold pieces to give them an added touch of luxe.

Excited and keen to find out more? Well, here’s some good news. The #BZero1Rock rings (from SGD2650) are now available in Singapore, and if you’re keen, you should make a trip down to any Bulgari boutique locally stat. Everything else (the bracelet, earrings and the necklaces) will be launched later but stay tuned for more updates that will shared on IG (and here) soon.