The good news? Bulgari has tapped American designer Alexander Wang for a new collaboration collection that will be launched in Singapore come September 2019. The not-so-good news? Trying hard to narrow down what you’ll actually get from the collection since many of the pieces are actually pretty interesting, all given Wang’s unique creative twist that’s refreshing and unexpected all at once.

Case in point, the Serpenti bags shown above that pretty much look the same as the regular ones, but instead of a single serpent’s head there are actually two, which won’t escape you at first glance. Some even come with three heads, and in different styles, no less. From sling bags to top handle pieces, even a belt bag is slated for release as part of the collection. And speaking of a trio of heads, well, here you go; surely as close as it can get to Medusa herself. Besides these, there are also paper bag-inspired pieces rendered in full leather, and some puffy leather pieces that should be roomy totes, but the pièce de résistance has got to be this. 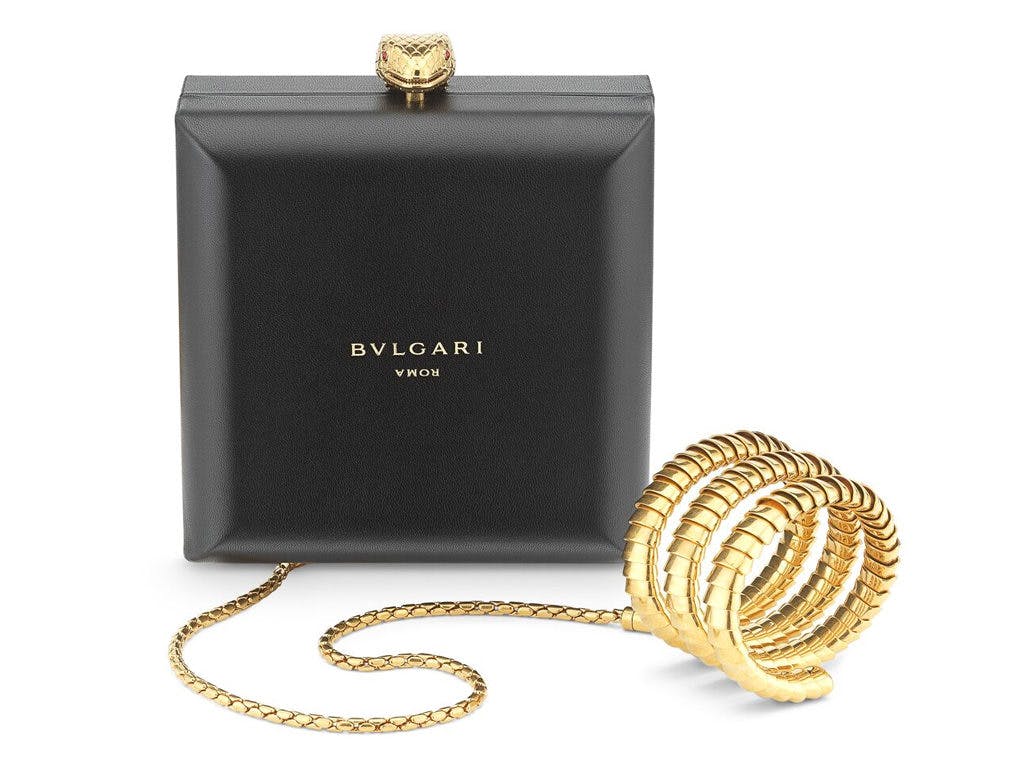 Basically genius in all senses of the word, this is a jewellery box that’s been reimagined as a clutch, complete with a sexy Serpenti cuff that allows you to keep this precious minaudière close by whenever you are out and about. Also believed to be the most expensive piece of the whole collection at some SGD8350, think of it as the fanciest piece of jewellery you’ll ever wear that comes with its own box that you can also use a clutch. Don’t be confused though, just make sure you head down to Bulgari boutiques in Singapore when September rolls by to have a look for yourself.