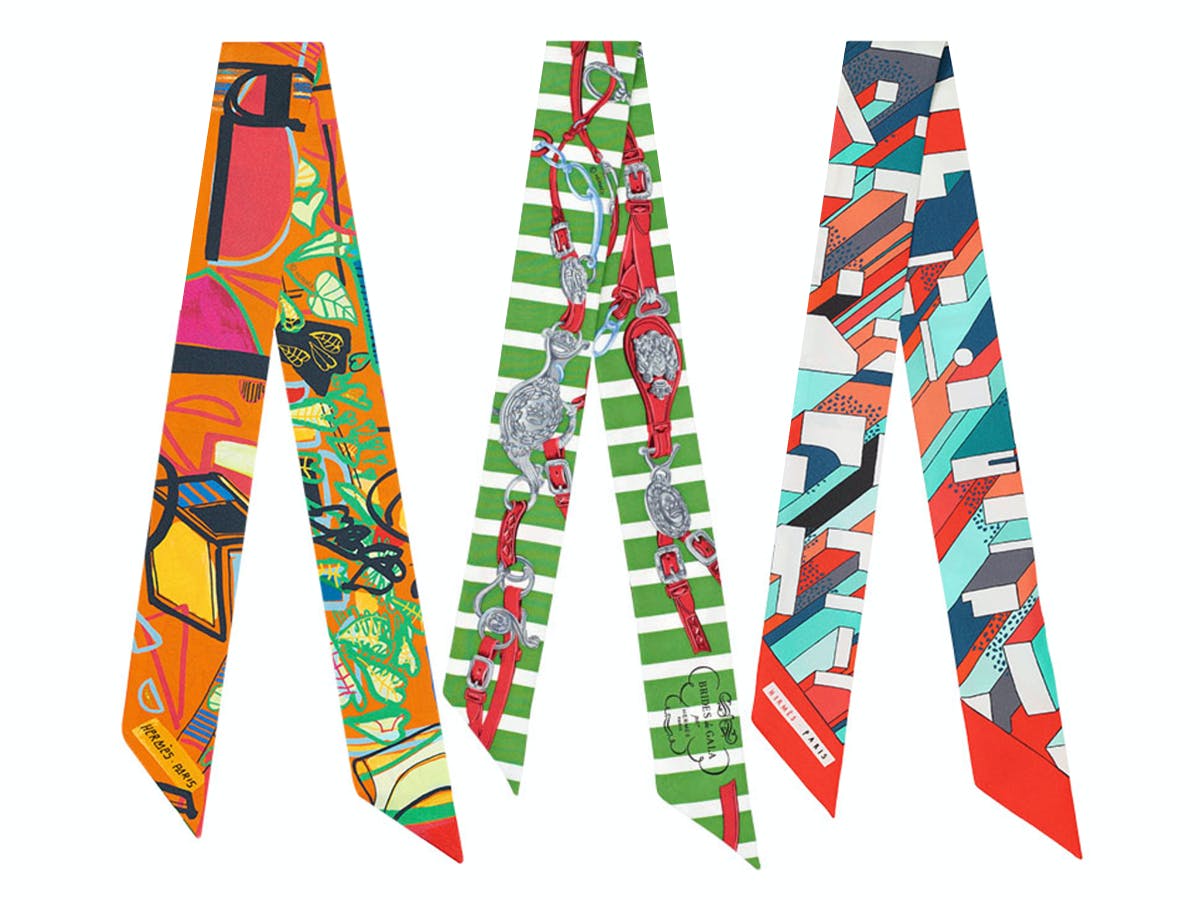 Still one of Hermès’ bestselling accessories (and pretty much the first thing everyone buys when they first discover the French luxury house), the Silk Twilly that can be worn in about 2752 ways, tying it on the wrist as a cool bracelet, on the handles of your favourite Hermès bag (or any other bag, for that matter), even around the neck of your cute puppy. The list just goes on and on. And as you get creative and figure out more ways to use this most essentials of silks, it’s also time to revisit the prices of this little gem.

Back in 2015, the Silk Twilly was priced at an all-time high of SGD270. Good news. Since then, the price of it in Singapore has been adjusted downwards, with the price currently at SGD240. Yes, that’s a SGD30 reduction since its peak a couple of years back.

But before we get all flustered and stomp down to the boutique to buy even more, let’s all take a tour around the globe and see how prices have fared generally. In the US, prices have also dropped slightly, now retailing at USD160 (or SGD233 after conversion). In the UK it costs GBP125 (SGD218), while over in the EU like places in France or Italy, it is still priced the lowest, coming in at EUR145 or SGD215 or so after conversion.

Interestingly, as we get closer to home, prices only seem to get higher. In Japan, it costs around SGD292 (JPY22,680) while in Australia it will set you back by almost SGD300 (AUD285). Canada held the title of being the cheapest place in the world to get yourself a Silk Twilly in 2015, but the price adjustment has made that no longer true.  It’s now CAD225 compared to CAD170, which also means you have to cough up SGD236 for the same thing.

In other words, even after the worldwide adjustment, it is still the most affordable in Europe, followed by the UK and Canada (US is probably 4th because most states will levy an additional tax after purchase). Singapore’s probably 5th or 6th, so it’s no wonder Singaporeans love heading to Europe to shop so much. Then again, #anyexcusetoshop.