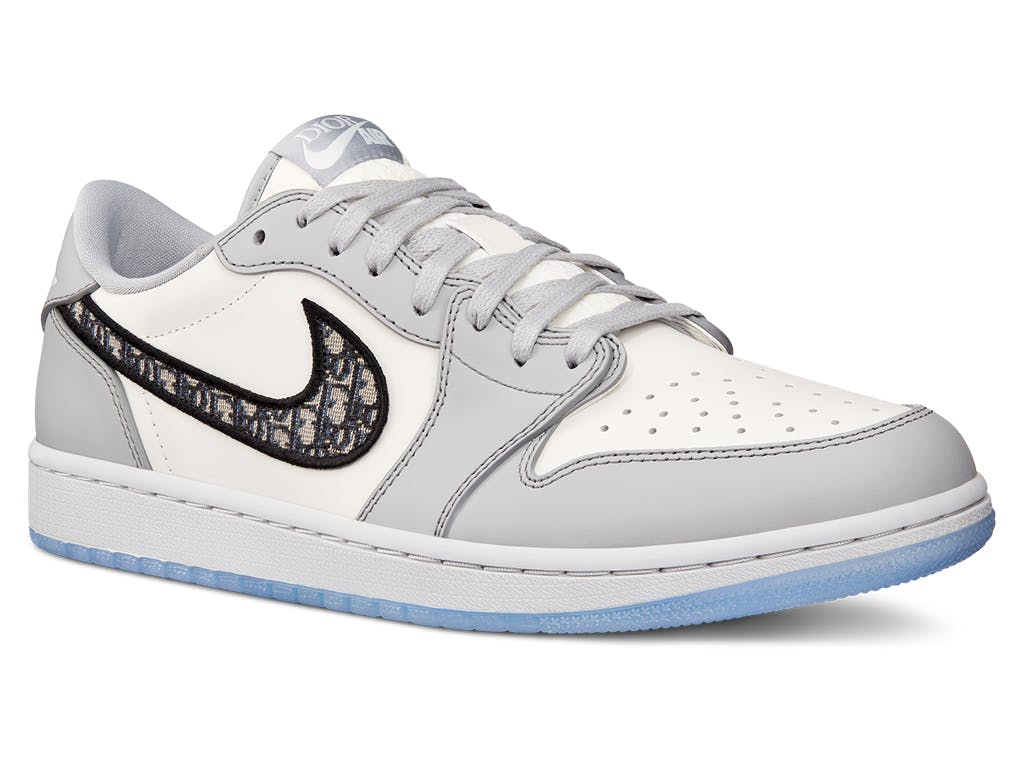 Dior seems to have gotten the formula right when it comes to creating standout pieces for its seasonal menswear collections. Aside from its sharp tailoring, drool-worthy bags and impeccable styling, the star of every show seems to be its collaboration with big-name brands, pieces that would get the world talking and sharing on Instagram. For Spring-Summer 2020, the French luxury brand unveiled a section of bags and trunks that were created in unison with Rimowa, while the pièce de résistance of the Pre-Fall 2020 collection was none other than the Air Jordan 1 High Dior that was featured in a majority of the looks. Suffice to say, it set the internet abuzz, with questions about its official launch date, the materials, and the price remaining unanswered.

Until now. Both Dior and Nike have finally released official information, and here’s a summary of the 5 key points you have to know about the coveted sneaker and the entire Air Dior capsule collection.

01 – Kim Jones has always been a fan of the Air Jordan (word has it that he has a collection of more than 40 pairs), and you can say that the Air Jordan 1 High OG Dior is essentially a dream come true for the Creative Director of Dior Men. This isn’t an ordinary pair though, but rather an upscaled version that’s crafted from the very same leather and materials that the house uses for its bags and shoes. Each pair is made in Italy and finished with hand-painted edges, with Nike’s signature Swoosh given the #DiorOblique treatment and rendered in a jacquard canvas finish that provides just the right amount of visual interest.

02 – Surprise, surprise, Dior and Nike will also be releasing a low-top version (which wasn’t featured on the runway) known as the Air Jordan 1 Low Dior, an equally gorgeous pair that will be released together with the high-top version later this year.

03 – The entire Air Dior capsule collection consists of RTW and accessories as well, all of which come in cool neutral shades of navy blue, white and the iconic Dior Grey (Monsieur Christian Dior’s favourite colour). These include MA-1 bomber jackets and suede hoodies, along with sweaters and tees, as well as 4 different leather goods like a pouch and a wallet, amongst others. Know that there will be plenty of items for everyone, and you can literally dress from head to toe with this collaboration.

04 – Pieces will be officially released for sale at selected Dior stores and at dedicated pop-ups from April 2020, and you can start to indicate your interest at the boutiques to be informed the moment official prices and stocks are announced.

05 – For now, the Air Jordan 1 High OG Dior is estimated to cost SGD3300, with more information to be progressively updated in the days and weeks to come. Stay tuned!