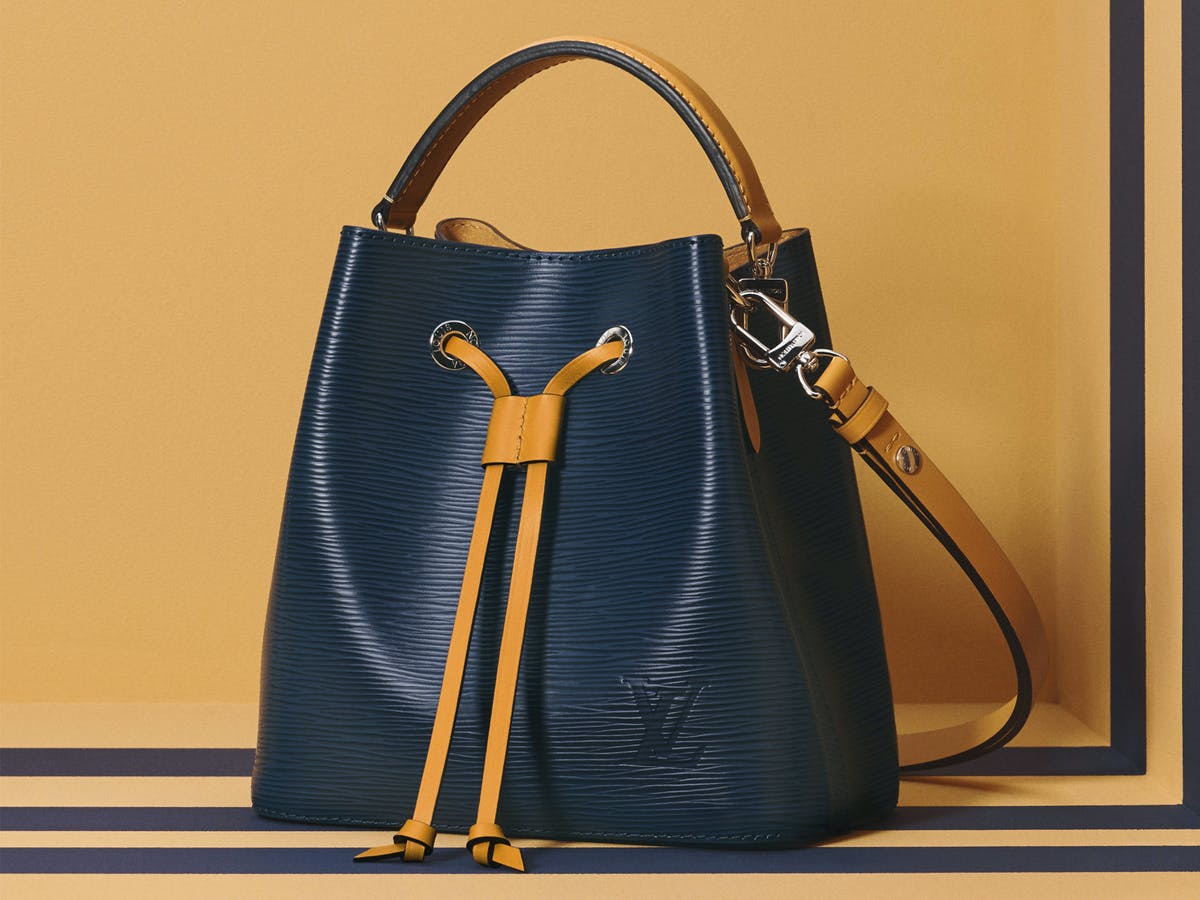 There are good reasons why bags like the Neverfull and Noé are still popular designs that are part of Louis Vuitton’s extensive handbag line-up. For one, it helps that they are timeless silhouettes that you can’t go wrong with, but also because they are truly easy-to-carry pieces perfect for the everyday. And while the Neverfull has largely remained the same over the years, the Noé is one that has undergone its fair share of updates in terms of sizes available (BB, Nano, Petit, etc.) as well as the introduction of a relatively new version known as the Néonoé back in 2017.

While standard Noé bags feature a drawstring closure that’s secured with a ribbon knot right in front, the Néonoé is finished with a simple drawstring lace mechanism that you can easily slide up and down to reach for your contents within. And for those holding out for a smaller size, Louis Vuitton has finally introduced the Néonoé BB that will be officially released towards the end of the month. It will be available in 3 bi-colour options like Indigo Blue/Safran Yellow, Rose Ballerine/Red and Vert Emeraude Green/Indigo, with the fourth version that comes in a predominantly black, with a mix of blue/red/yellow details. Measuring 20 cm by 20 cm, the Néonoé BB (SGD2670) comes in full Epi grained leather, a Louis Vuitton signature that’s known for its strength and resistance to scratches. It also comes with two removable straps, a short top handle for hand and elbow carry, as well as a long adjustable strap that comes with a maximum drop length of 56 cm that gives it extra points in terms of function and versatility.

Word has it that the Néonoé BB will be available in a wider spectrum of shades and colour options in the foreseeable future, just like your favourite Epi Alma leather bags which came in a huge selection of colours to choose from. For now, you can look forward to the 4 colour options mentioned above which will be arriving real soon, with an expected drop date slated for between late March and early April.