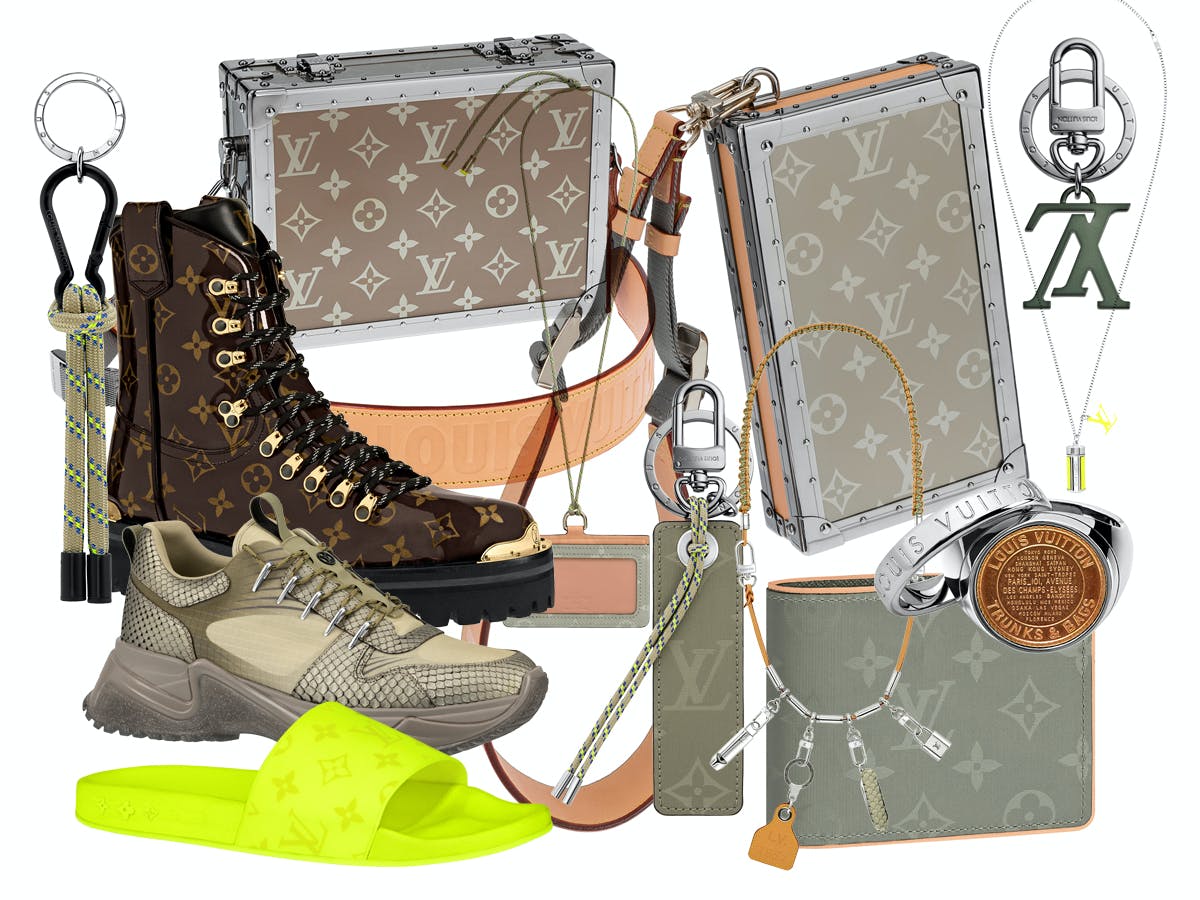 Yes, you are looking at Kim Jones’ final collection for Louis Vuitton *sad face* but the good news is, these pieces and more are now available at Louis Vuitton in Singapore *happy face*. A tightly curated collection with just enough for everyone whether you’re a fan of Monogram Glaze, Monogram Titanium or bright fluorescents, most everything is desirable. Especially when you add in the fact that this is Mr Jones’ absolute last collection for the French luxury house.

First up, Monogram Titanium which is everyone’s fave. And whilst the hard-sided pieces are apparently made of titanium (which would also explain their higher than normal retail prices), the regular ones are a canvas/nylon print that’s also much easier on the wallet. How to tell the difference? The trunks you see above are both hard-sided, while the Multiple Wallet is canvas that’s trimmed with vachetta leather.

Then there’s Monogram Glaze, which is basically your standard Monogram Canvas with an extra layer that looks like a patent finish which you can see in the boot above. Now for the best bit. For those who have been asking for the prices for these trunks, the Monogram Titanium Clutch (left) is SGD32,000, while the Monogram Titanium Wallet Trunk (right) is SGD16,800. For the ‘soft’ pieces, prices will start from SGD555 for the Pocket Organiser all the way to SGD4500 for the Backpack GM. The Keepall50 is SGD3700, in case anyone’s wondering.

Known as the Outland Ankle Boot that comes in Monogram Glaze or Monogram Glaze Eclipse, those are SGD2940 a pair. Other footwear worth another look include the Run Away Pulse Sneaker (you could say this is the men’s equivalent of the Archlight) that is priced at SGD2550 and that bright neon pair of slides that will set you back by SGD890.

More bits and bobs come in the form of key rings (from SGD395), lanyard sling (SGD555) and ring (SGD710), all of which are on my wish list as well. And if you’re keen to find more out more, just leave a comment below or simply head down to LV Marina Bay Sands where the collection is now available. #happyshopping