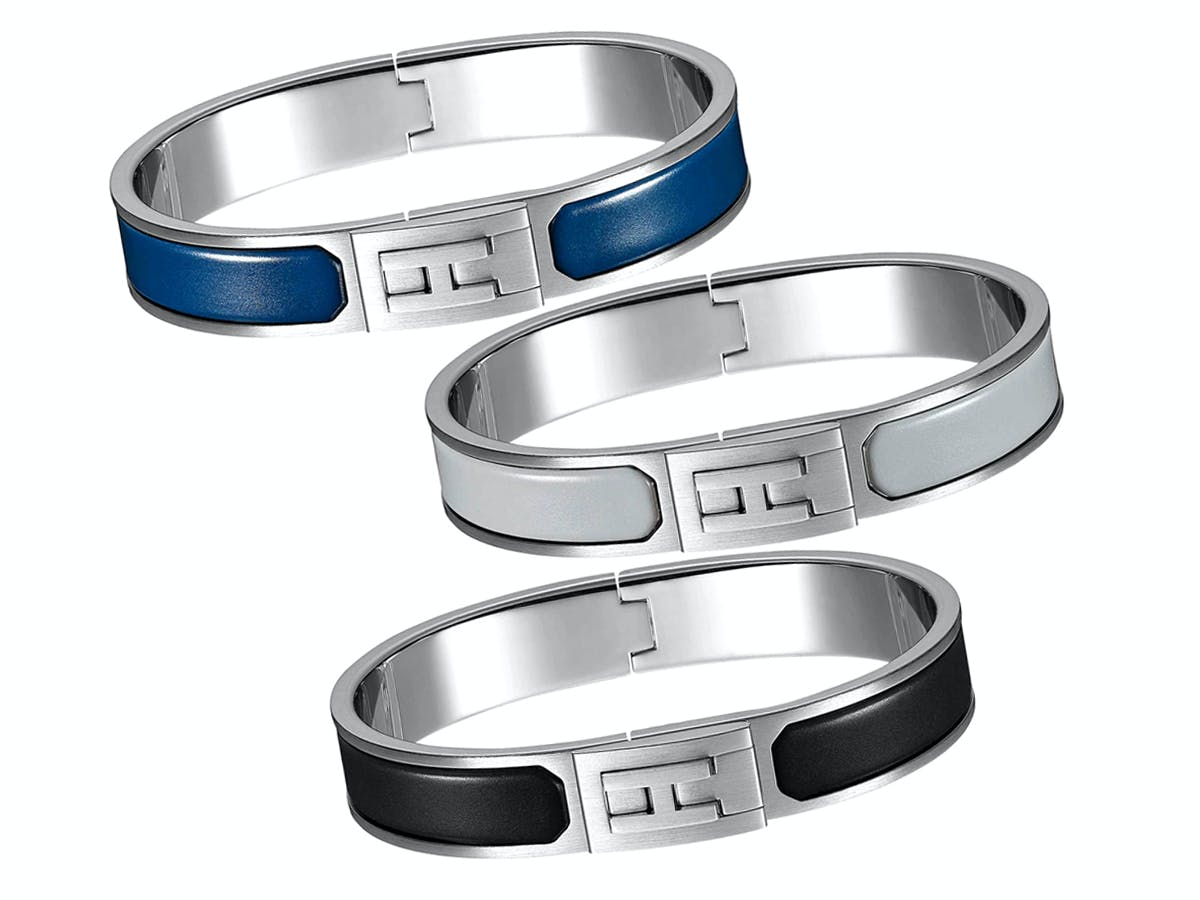 With Hermès, you can always expect something for everyone, including unique fashion jewellery pieces for men. Case in point? The iconic Clic H Bracelet has been given a modern update with brushed palladium hardware and matte enamel detailing in what was known as the Clic HH Bracelet catered just for the boys. Today, we see an all-new piece that bears similarities to the aforementioned piece, but with sufficient tweaks given to call its very own.

Named the Jet Bracelet, this one features a horizontally placed H logo clasp instead of the vertical upright H logo that you are all familiar with in the Clic family of bracelets. It also comes with angular corners where the matte enamel detailing joins the brushed palladium hardware, giving it another point of visual interest.

Available in 3 colours for now, Bleu de Biarritz, Gris Clair and Noir, the Jet Bracelet (SGD870) is perfect for the polished gentleman, one who is looking for a simple bracelet, with several key Hermès elements, sitting nicely on his wrist. As for those of you looking for something even more minimalistic, the Jet Bracelet also comes in another version without the enamel detailing, an entire piece in just brushed palladium hardware that’s equally gorgeous and priced at SGD760.

Size-wise, there are just two for now, T5 and T6, both of which are larger pieces coming in at 18.5 cm and 19.5 cm respectively that will fit just about any guy’s wrist. You will be able to find the Jet Bracelet available across Hermès boutiques islandwide, though word has it that Liat Towers has both versions at the moment, so it’s best you head over there if you would like to do a comparison between the two up-close.