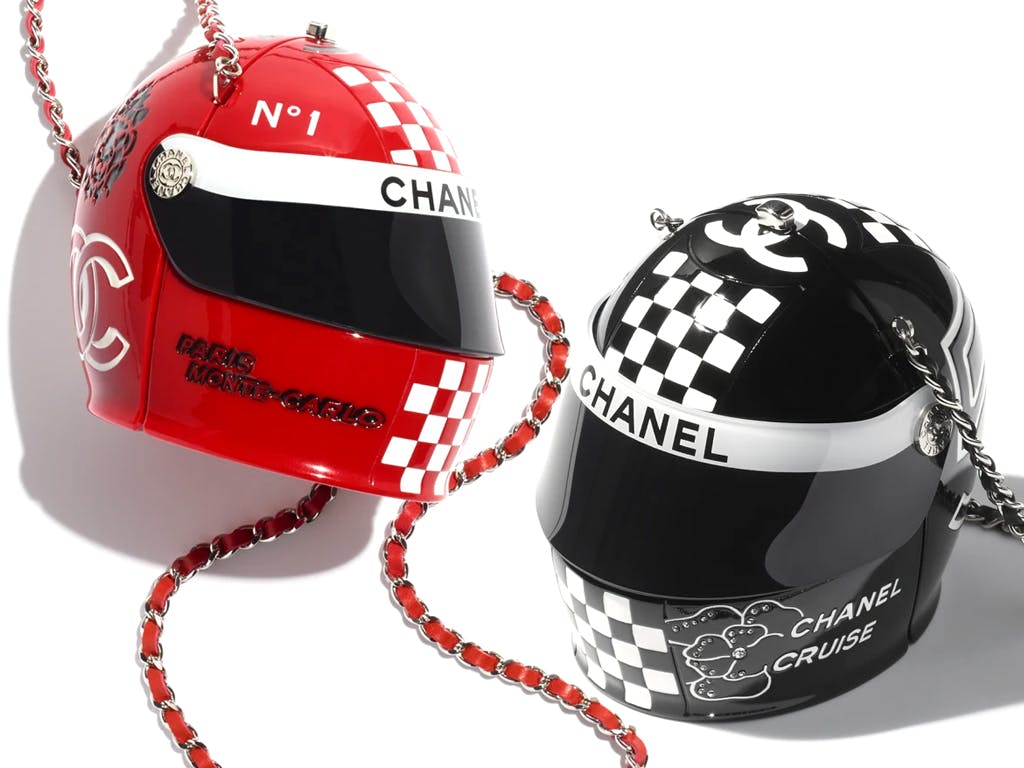 Unsurprisingly, graphic stripes, checkered prints and motoring influences headlined the show at #CHANELCruise 2023. What’s a fashion show held in Monaco without Formula One references after all? Besides, this was Virginie Viard’s first resort show outside Paris since she took on the role as Chanel’s creative director.

For starters, the second and sixth looks saw models carrying oversize helmets like fashionable accessories within the palm of their hands. While these aren’t available for sale (and probably something that you wouldn’t find yourself wearing often), Chanel also introduced a smaller and cuter variation in the minaudière format.

Known as the Helmet Minaudière, this precious creation was unveiled along with the Slot Machine Minaudière and Sphere Minaudière. The 11 cm by 10 cm objet d’art sees diamanté crystals and Chanel logos peppering the full resin exterior for maximum effect. Capturing attention in eye-catching black, red and white, it is equal parts clutch and eye candy.

For more information, do visit CHANEL.com