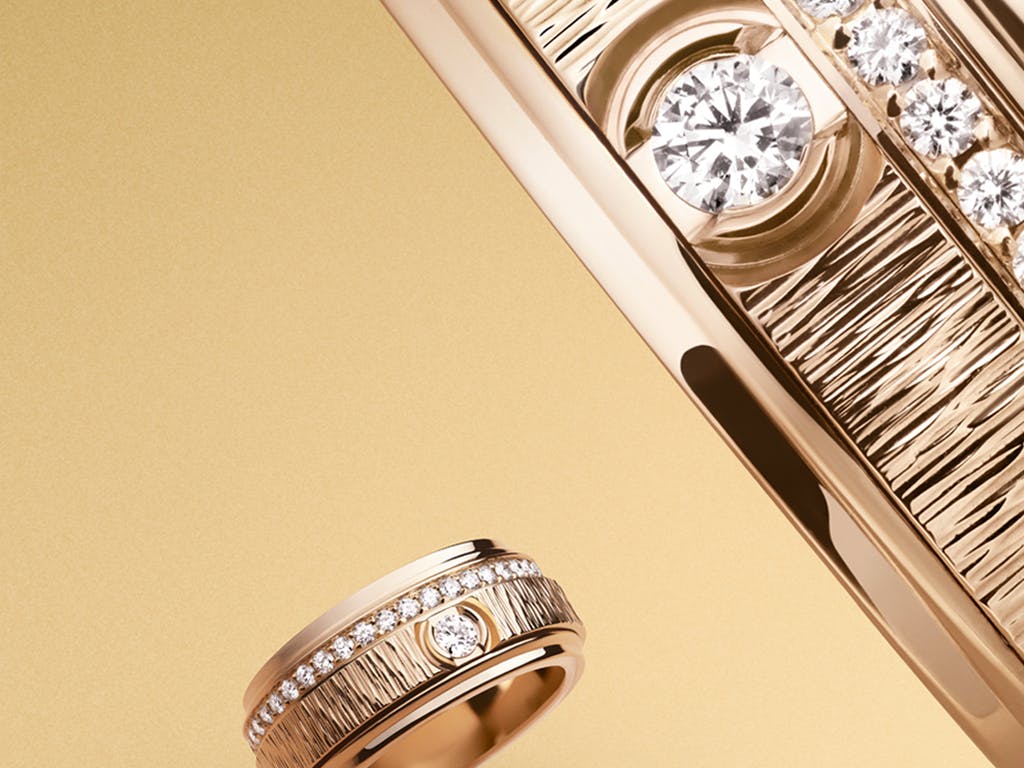 Piaget’s ultimate symbol of opulence and luxury, the Possession continues to dazzle with its signature turning element. Plus the crisp round lines that jewellery lovers have come to know and appreciate over the years. The Possession personifies jewellery in motion, offering a playful touch whenever you spin it around your fingers.

This September, Piaget is taking the Possession to all-new heights, launching novelties showcasing the enigmatic Palace Décor technique. The beautiful guilloché effect first adorned Piaget watches in the 1960s, before making it to high jewellery in recent years. The appeal of the Palace Décor lies in its enigmatic glow. This effect results from irregular streaks, which truly amplifies Piaget’s expertise in gold crafting. 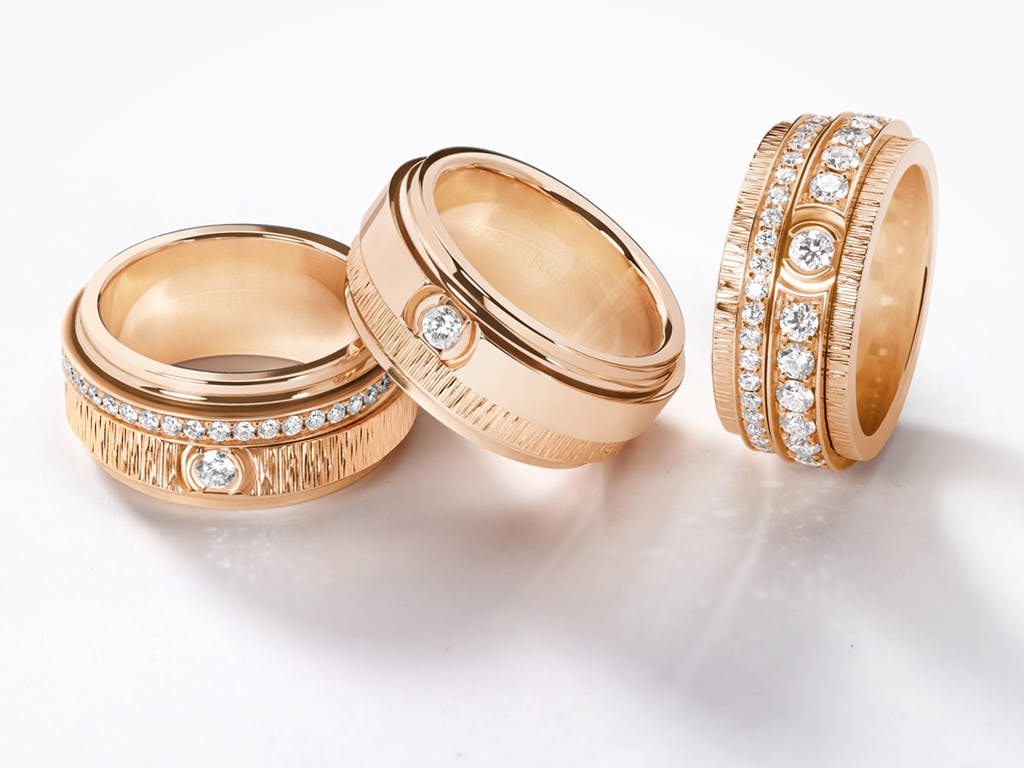 Without further ado, feast your eyes on these wide rings, complete with all the signature codes of Piaget’s inimitable jewellery line. Right from the get-go, the large 2.8 mm diamond set within the special semi-closed technique catches the attention. Of course, the turning effect is present, with two turning bands to twiddle to your heart’s content.

Not forgetting the Palace Décor, which adds a beautiful radiance to the turning band. Finishing touches include the gadroons on both sides and the smoothened inner ring that keeps it comfortable at all times. The Possession Wide Ring is approximately 9.5 mm, a bold piece you can wear individually or stack for maximum effect.

Prices start from SGD7900 and SGD8700 for the Possession Wide Ring in Rose Gold and White Gold respectively. Are diamonds your best friend? Piaget has two other styles set with 44 and 68 brilliant-cut diamonds that are priced at SGD13,000 and SGD25,800 respectively.

Time to make your impression with Piaget’s Possession, even more so with the charming Palace Décor technique that adds further shine and glow to your turning rings.

For more information, do visit PIAGET.com

Check Out Celine's Stunner Of A Box Clutch This Season...