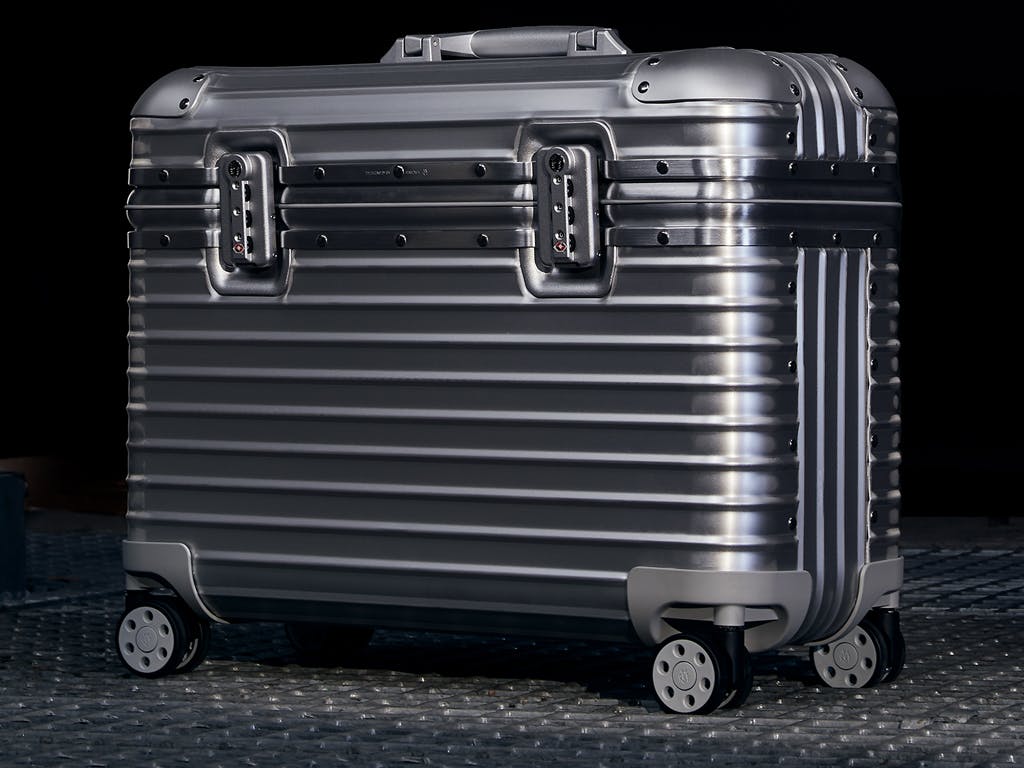 Rimowa has finally put an end to weeks of speculation by confirming the relaunch of the Original Pilot Silver. Outlets in Singapore (Mandarin Gallery and Marina Bay Sands) are to receive selected quantities from Q4 2022. Yes, some of you eagle-eye fans might have spotted information on Rimowa’s online site with the ‘coming soon’ tag. However, there has been no word from official sources about the when and where, until now.

Some of you might ask, why is the Original Pilot such an icon of the house? That’s because the German luggage-maker made predominantly larger Cabin and Check-In sizes. These often proved too big for commercial pilots needing a compact/smaller option. In came the Original Pilot, which made its debut in 1994. Its design concept allowed it to fit between the pilot seats in the cockpit, and also inspired its name.

The Original Pilot had a robust, compact shape that eventually gained popularity. Especially amongst DJs and business travellers who preferred keeping their records and documents safe within Rimowa’s grooved aluminium shell. Other elements like the multi-wheel system and telescopic handle proved to be excellent features even for daily use.

The returning Original Pilot (SGD2010) will be joining existing designs like the Cabin, Check-In and Trunk. This time, it measures 50 cm by 42 cm by 23 cm, a versatile all-in-one for work and play. Fully equipped with a well-organised interior, it features a padded compartment (also removable), two zipped pockets and a vertical slot to prevent leakage for water bottles.

To commemorate the official relaunch, Rimowa is also selling the Pilot Stickers Set (SGD60) comprising five original designs to decorate the exterior casing of the Original Pilot Silver. Both the Original Pilot and sticker set will be launching in Q4 2022, so you just have to wait three months (or slightly more) to get your hands on them.

For more information, do visit RIMOWA.com

#Bagaholicbébé: 5 Setting Sprays To Lock Your Makeup In Place

Celine Has A Fun Mini Triangle Bag For Under SGD1000