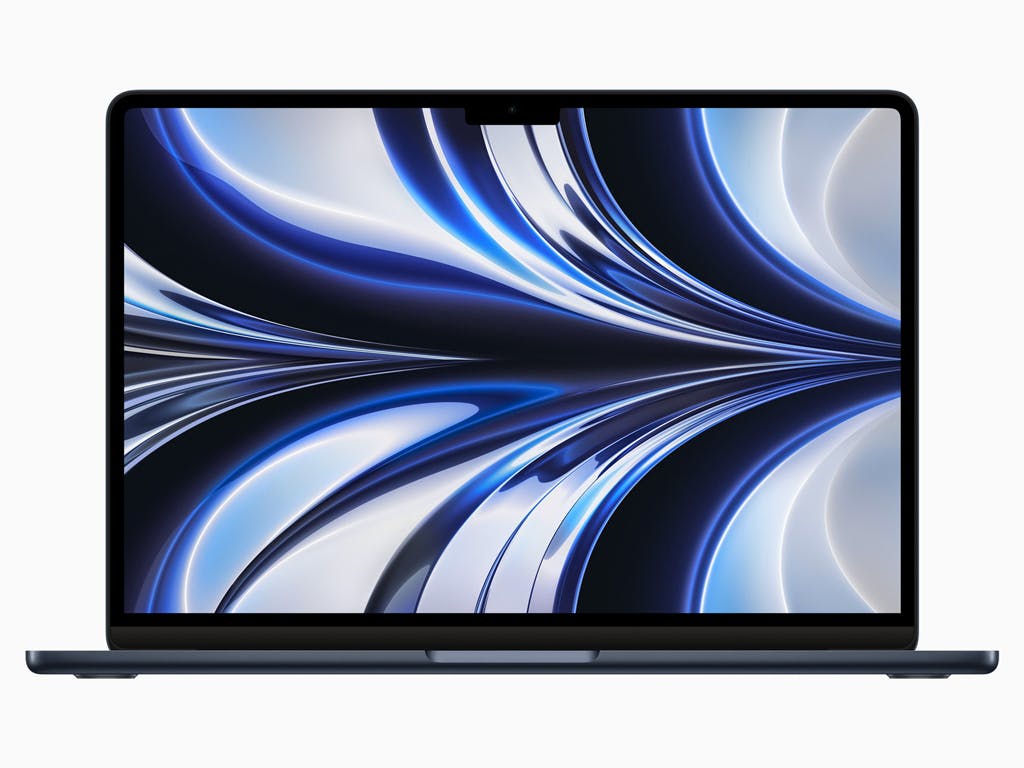 It’s about time Apple did an update for its stellar MacBook line-up, and you are in for a treat with the official announcement of the new M2 Chip at the Apple Worldwide Developers Conference (WWDC) 2022.

The powerful M2 Chip boasts several improvements like an 18 percent faster CPU, 35 percent enhanced GPU and a 40 percent improvement in the Neural Engine in comparison to the previous M1 Chip.

This gives it superb power-efficient performance, making the redesigned MacBook Air even better than before. A key feature of the Macbook Air lies in its thin design and lightweight body, and this new series comes with a height of just 1.13 cm (when closed) and weighs 1.24 kg, making it an excellent workhorse on the go.

The all-aluminium enclosure gives it a streamlined look and feel, and you will be pleased to find it in two new finishes Midnight and Starlight, alongside classic hues Silver and Space Grey. Fans of the MagSafe will be pleased to find that it makes a return on the MacBook Air (+1 for charging with a peace of mind), and the Magic Keyboard is now updated with a full-height function row and spacious Force Touch trackpad that are both top of the line in industry-leading standards.

What else is new? The incredible 13.6-inch Liquid Retina display, of course. It’s the biggest and brightest ever in the MacBook Air series, with impressive support of 1 billion colours that keep text and pictures sharp and vivid at all times.

The 4-speaker sound system is fitted magically within the thin redesign, and the MacBook Air supports spatial audio for music and movies thanks to Dolby Atmos.

While in-store and online availability has yet to be announced, Apple has released pricing for the redesigned MacBook Air with the all-new M2 Chip. They will start from SGD1699 for the 8-Core GPU with 256GB SSD Storage, before going up to SGD2149 if you prefer a slightly more powerful 10-Core GPU with 512GB SSD Storage.

Selected features like processing chips, memory and storage can all be customised as well, so you can switch them around to best suit your needs.