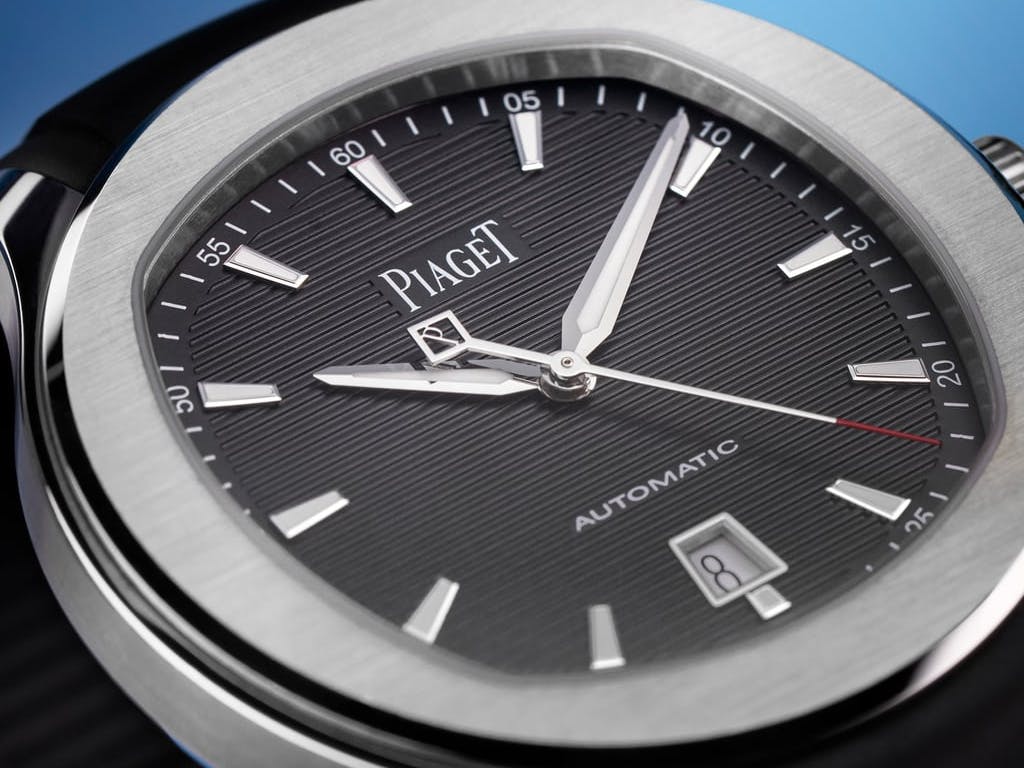 Over the years, the sleek Piaget Polo has catapulted itself into being the Swiss watchmaker’s go-to timepiece for men, one that comes in a cushion-shaped case with a striking guilloché dial that added to its personality.

For the longest time, the Piaget Polo predominantly came in alligator-skin straps and satin-brushed steel bracelets. This year, Piaget’s latest novelty is fitted with an interchangeable rubber strap, giving it a contemporary edge that works perfectly well for daily wear. The new Piaget Polo Date also comes in a 42 mm steel case, making it a fitting size on any gentlemen’s wrist. Another key feature of the Piaget Polo lies in the case thickness, this time coming in at just 9.4 mm, which is rather impressive for the self-winding 1110P mechanical movement.

Aside from the silvered indexes (which all come with Superluminova, by the way), each timepiece also has the date featured prominently at the 6 o’clock position. Complete with the standard second, hour and minute hands, the Piaget Polo Date has a power reserve of 50 hours, more than enough if you intend on switching to a different watch over the weekend.

With all aspects covered as far as form and function go, the Piaget Polo Date in 42 mm (SGD16,900) is an impressive piece not to be missed for the modern-day individual that appreciates the mix of a classic given a sporty update.

For more information, do visit PIAGET.com

Dress Up Your Bags With Dior's New 30 Montaigne Bag Charm