While not obvious from the get-go, the new Geta bag from Hermès is actually inspired by Japanese platform sandals, which translates into its chunky shape and raised H logo that forms a chic cut-out pattern.

And because not many Hermès bags today feature such an interesting (some might say edgy) silhouette, the Geta is worth a closer look in detail.

There’s something about the H logo which brings to mind the ones found on the Constance, except that this one is inlaid with tonal leather marquetry, with an elongated profile for a visual twist. 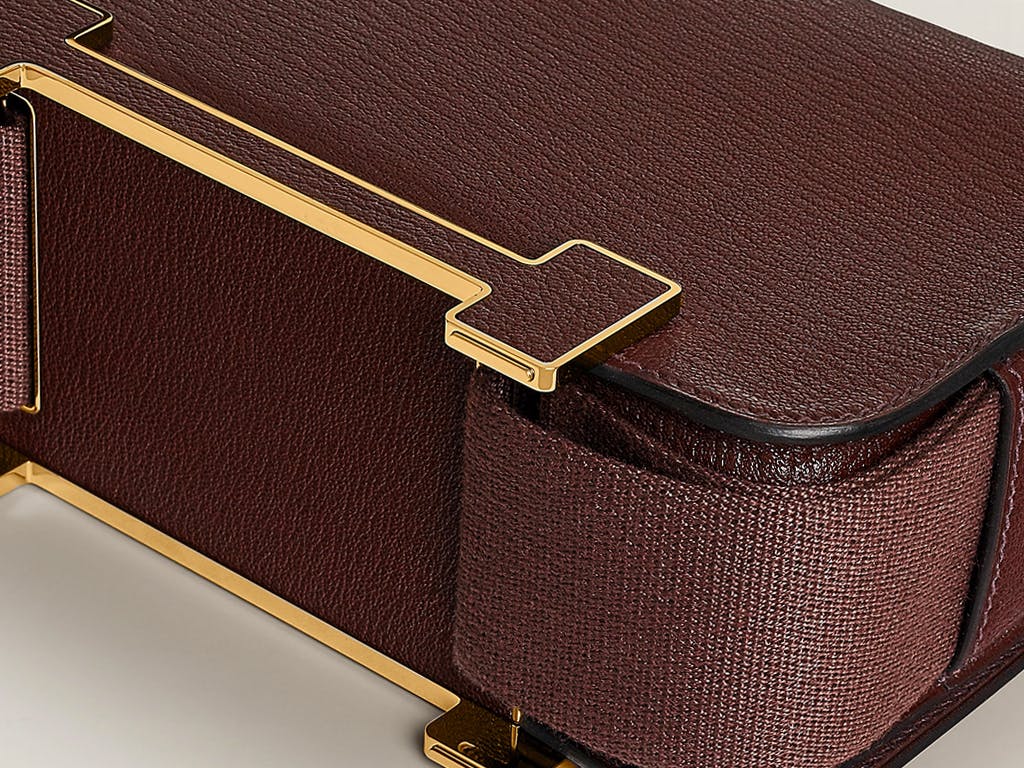 It is also more than simply decorative, because the clasp is also where you’ll find the magnetic closure, raised ‘feet’ to keep the base off the table, and a pair of bars running across the bottom of the bag that’s also adjustment system for the think canvas strap.

While most of you are familiar with Hermès leathers like Swift and Togo, the Geta is crafted from Mysore goatskin leather that has a beautiful grain-like texture that softens over time.

Available in a variety of classic Hermès hues (think Capucine, Etoupe and Rouge Sellier), it is currently priced at SGD8500.

An unexpectedly stylish option can be styled across the body or worn over the shoulder with ease, the Geta comes in a single size measuring 21.5 cm wide and 13 cm high, with a single roomy compartment that’s approximately 5 cm deep.

All in all, an underrated boxy number that’s perfect for those looking for a bag that’s big on visual contrasts.

For more information, do visit HERMES.com

Meet Your Next Sandal Obsession From Chanel