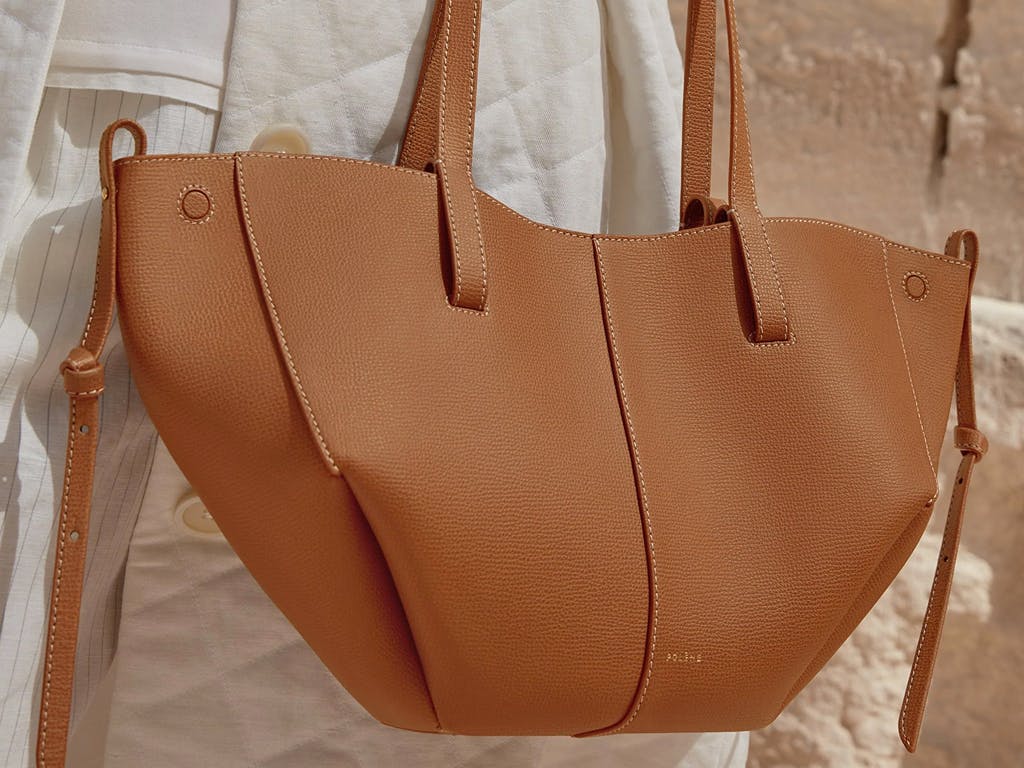 If you already watched all 10 episodes of ‘Emily In Paris’ , Emily’s boss Madeline (yes, her American boss) makes a surprise appearance towards the end of season 2.

And while Emily has mostly been focusing on ‘smaller-than-small’ bags all season (cue Louis Vuitton’s Papillon Trunk and Moynat’s Réjane Nano, for example), Madeline (played by Kate Walsh) actually had a pretty chic and functional tote in one of the scenes.

It was brown, came with gusseted sides and had two pairs of handles on it (one long, one short). After some astute sleuthing, it is deduced to be the Cyme Mini from Polène Cyme Mini from Polène Paris. Measuring some 42 cm across by 25 cm in height, the one in the show had its sides ‘cinched’ which gave it a more rectangular profile, but it is pretty much the same bag.

Crafted from full-grain calf leather (the bags are made in Spain), it was certainly refreshing to see an actual bag in play, especially one that was equal parts form and function. And the best thing? The bag retails for USD350 online via Polène Paris, which makes it a steal as well. Available in at least 5 different earthy hues, there’s also a larger size (53 cm by 33 cm) that is selling for USD390.

On second thought, it could have been the Cyme (and not the Cyme Mini) she was carrying, but it doesn’t really make a difference, does it? All that matters is that if you are looking for a versatile work bag for the new year, this would be it.