With this year being #LOUIS200, the significance of hard-sided trunks and the role they played in shaping Louis Vuitton into the luxury house that it is today is a tale that needs to be told. After all, it was Louis Vuitton (the founder of Louis Vuitton) who broke new ground with the first flat-topped trunk that completely changed the art of travelling back in 1854, and in doing so carved themselves a name (no pun intended) in exceptional woodworking techniques and traditional savoir-faire.

Today, the trunks are still created (and assembled) by hand in the original Asnières workshop that was also the seat of the family home, located in the northwestern region of Paris. And you’re in for a little treat with these 5 important facts to know about the story behind Louis Vuitton and how it all started. 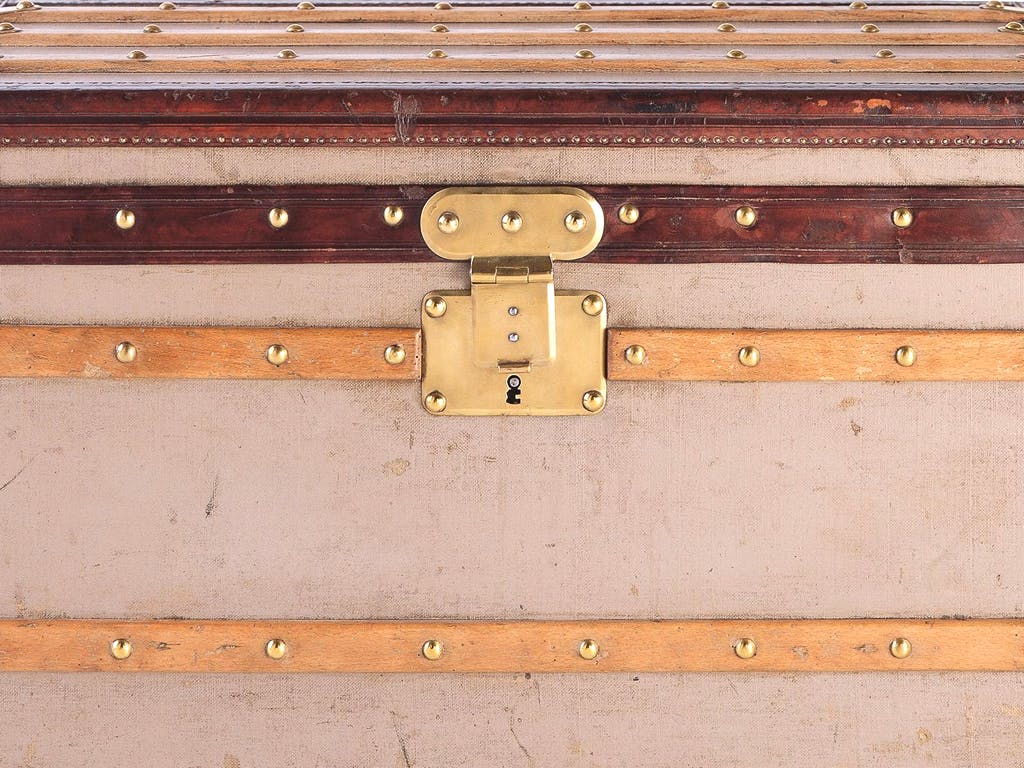 01 – Louis Vuitton created his signature trunks out of a combination of beech, gaboon and poplar wood, all of which come together to absorb shocks that typically wore the trunks out whenever they travelled around in cargo ships. Wanting to create a signature that was truly Louis Vuitton (the first trunks were plainly finished wooden boxes that looked like what everyone else was offering in the market), the forever-iconic Damier motif came into existence in 1888, appearing on the coated-canvas which served to insulate the trunk’s contents whilst providing a hard-wearing ‘cover’ that was easy to maintain. Georges Vuitton (his son), later created the interlocking L and V monogram in 1896, as a tribute to his father. 02 – Personalisation was even important way back then, as the well-heeled set had different requirements when it came to their trunks. Different trunks were created, some built to hold entire wardrobes meant for travelling the world, others just for books, with smaller trunks for everything else from heirloom jewellery to wine glasses. In short, if you wanted something specific, it could (and still will) be created just for you, complete with multi-coloured stripe, family crests and even initials to make them truly yours and also, easily recognisable even from afar.

03 – Asnières has always been an integral part of Louis Vuitton’s life, not just because it was an atelier since its construction in 1859, but it was also the family home for the Vuittons. And in keeping with its revered heritage, Asnières is the hub of traditional trunk-making savoir-faire, with every part from start to finish still done by hand as it was over a hundred years ago.

04 – Of course, newer signatures have been added to the repertoire, including Épi and Taiga leather which are now available in more than 20 different colour options if you plan on doing a special made-to-order trunk. You can also request for an in-house artist to add unique designs (it could be an artwork of your favourite dog or a scenic landscape close to your heart) for that extra special touch, making it a one-of-a-kind creation to call your own, whether it’s a trunk you buy from the current catalogue of what’s available, or have one specially created from scratch according to your specifications. 05 – When Louis Vuitton first introduced the flat trunk instead of classic domed versions back in the day that were traditionally made to fit within the motor vehicle’s compartments, he broke barriers and was lauded for his creativity and practicality, since it allowed for the stacking of multiple trunks while on the road, at sea, or by train. Fast forward to today, Louis Vuitton has continually kept the traditional techniques alive, on one hand keeping the large hard-sided creations customisable, while on the other hand, introducing them in smaller bag styles like the Boîte Chapeau and Petite Malle one could use for the everyday. All in keeping its trunk-making heritage alive and well (and of course, relevant) for some 167 years and counting.