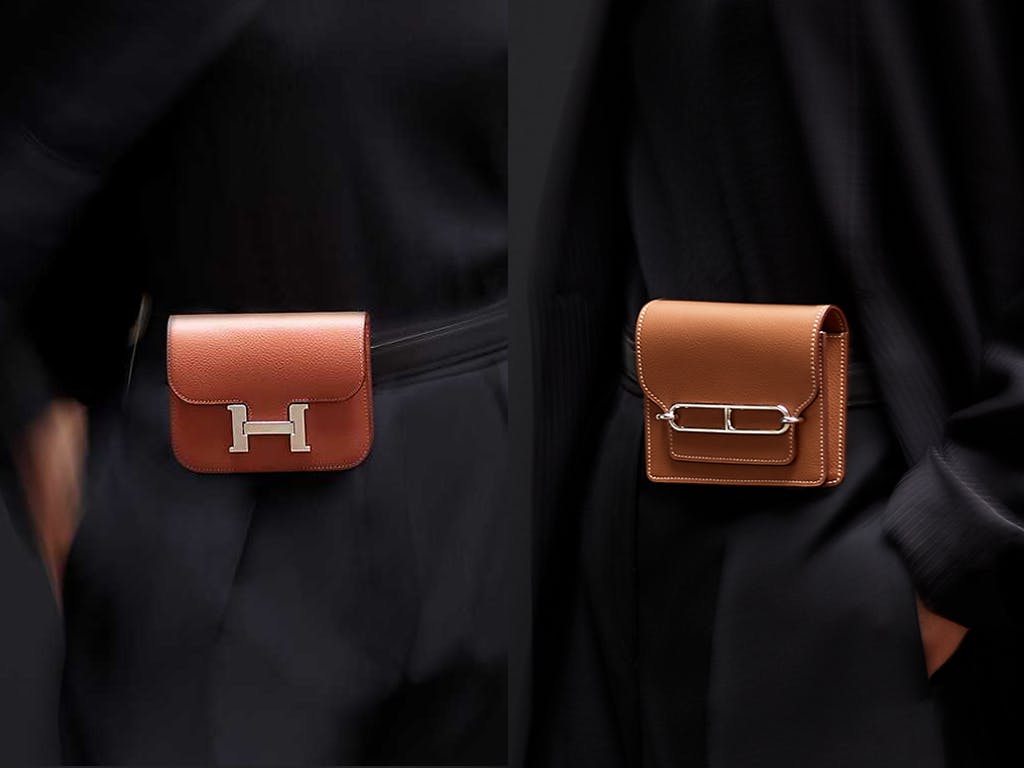 Hermès surprises the fans once again with its latest iteration of the Roulis, introducing the all-new Roulis Slim wallet which instantly draws comparisons to the Constance Slim one. A smaller-than-small design that retains the very essence of the Roulis (the Chaîne d’ancre signature link, for one), this stylish SLG looks set on becoming a hot favourite of the house, and perhaps leading the way for more ‘slim’ SLGs that might be launched at Hermès.

Both the Constance Slim and Roulis Slim feature a squarish shape and their own signature hardware, but there are some slight differences between the two. For one, the former is a tad smaller (12.4 cm by 10.2 cm), has curved corners and is typically offered in the stiffer Epsom leather. Its newer counterpart (12.7 cm by 10.7 cm) is slightly boxier and crafted from softer leathers such as Mysore goatskin leather. Even the way the flap is constructed is noticeably different, with the Constance Slim featuring a metallic snap buckle while the Roulis Slim’s leather flap slides itself through the horizontal Chaîne d’ancre hardware link.

The good news is that both SLGs are sold with an extra zipped purse on the inside, which can be used together or separately on its own. The loop at the back will also allow you to strap it through your belt, converting it from a wallet into a ‘belt bag’ of sorts. And while the Constance Slim is priced slightly higher, the Roulis Slim comes in a tad lower at SGD3650 each. Same yet different? Indeed.

Chanel: Did You Know That There Are Different Types Of Classic Small Flap Wallet?