Hailed as Cinderella’s new slipper by the press when it was first launched in 1957, the now-iconic two-tone shoe was Gabrielle Chanel’s foray into footwear after she did everything else. She had already made the little black dress, took traditional men’s tweed and made them into suits for the women and even created the quilted handbag. So it seemed only natural shoes would be the next thing she reinvented, since shoes back then were often only made in one colour and had to match the woman’s outfit exactly, an antiquated concept that didn’t sit well with Mademoiselle Chanel’s spirit of rebellion and reinvention. 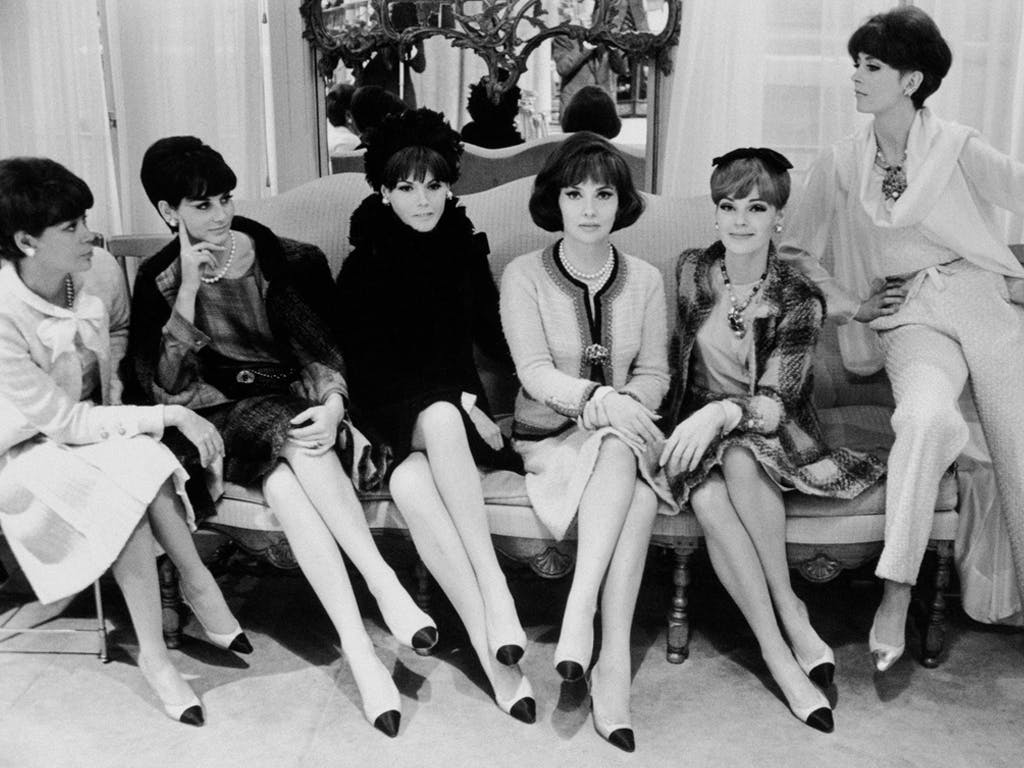 Calling them her ‘height of elegance’, the two-tone shoe was more than just a shoe. By using black on the toe cap while keeping the shoe beige, it worked a visual illusion which lengthened the leg while the black top cap shortened the foot, with appreciative women enjoying their newfound sense of elegance and modernity. What’s more, having a dark toe cap meant it could ‘protect’ the part of the shoe that would experience the most wear and tear.

Working with her favourite shoemaker Massaro, tweaks were added over time, including the slingback’s strap that was elasticised for a better fit. And with Karl Lagerfeld’s arrival in 1983, the emblematic two-tone pump was brought back to life again, first as a ballet slipper that become another icon of the French luxury house, and then he used the same codes and gave new life to sandals, boots, brogues, thigh boots, espadrilles and sneakers, all interpreted in some form or other with Gabrielle Chanel’s black toe cap.

And with Virginie Viard taking the reins with her Spring-Summer 2020 collection, selected RTW pieces were matched with flat two-tone slingback sandals, combining suede or sequins with grosgrain for a modern aesthetic that was clearly Viard’s but not without paying homage to the shoe (and its creator) that started it all some 63 years ago.