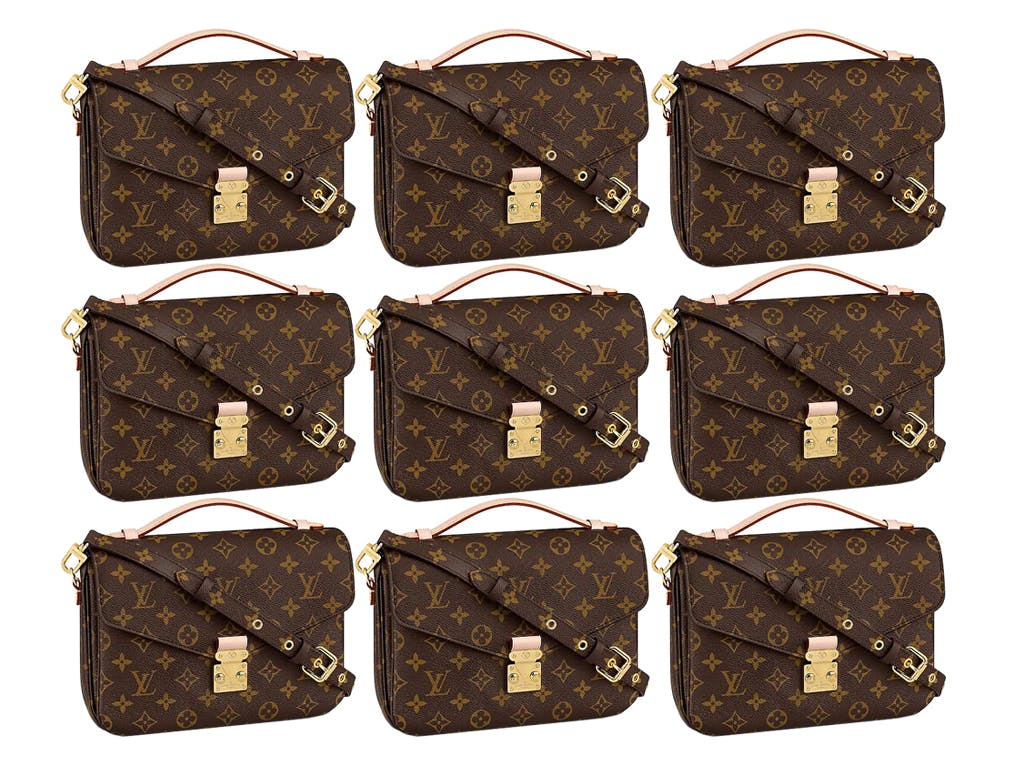 One bag. Two words. Pochette Métis. Louis Vuitton describes it as a satchel that comes in a distinctive silhouette, a compact travel anywhere/everywhere bag available in a single size that measures 25 cm by 19 cm. It’s furnished with the unmistakable gold-tone S-lock closure, and armed with a top handle that can be flattened down when unused, or pulled up so it forms a short loop for hand carry.

The bag is also equipped with a removable strap that’s adjustable to various lengths, ranging from drop lengths of 48 cm to 55 cm that can be worn over the shoulder or across the body. Throw in the fact that the roomy interior comes with two compartments and a slip pocket (along with another zipped pocket at the back), and you pretty much have a bag that’s a great all-in-one, which also explains why it remains so popular till this very day. But if this is your first look at the beloved icon (have you been living under a rock?), then here are 5 things you have to know about the Pochette Métis.

01 – The bag is 8 years old, having made its debut back in 2012. From classic designs in Louis Vuitton’s signature canvas to seasonal versions like Jeff Koons and the Patches series, there’s much to be said (and to love) about the longevity of Pochette Métis as one of the undisputed icons of the French luxury house.

02 – It remains a hot favourite till this very day, having long wait lists. Or you can simply camp at Louis Vuitton’s online store and hope it gets restocked there, which should be happening more and more in the coming days.

03 –  Besides being made available in Monogram Canvas, it also comes in Monogram Empreinte, with several colours like Noir, Rose Poudre, Scarlett and Tourterelle. Contrary to popular belief, the full-leather material is actually easier to maintain, as you don’t have to worry about the vachetta leather on the coated-canvas piece developing a patina or change in colour. The grained leather is also known to be resistant to potential scratches and the like.

04 – A hardcore fan of Louis Vuitton’s monogram? Then you have to know that the Pochette Métis comes in two variations, the Monogram Canvas and Monogram Reverse Canvas. Aside from the differences in terms of canvas prints, the Monogram Reverse Canvas comes with black leather trims (and top handle), which also means no patina for those who can’t accept their vachetta leather turning brown (or dark) over time.

05 – Today, the Pochette Métis in Monogram Canvas is priced at SGD2590, while the one in Monogram Reverse Canvas comes in at SGD2670. Monogram Empreinte starts from SGD3150, which to some would make more sense for a bag that comes in full leather unlike the first two. Your money, you decide what’s best, ok?