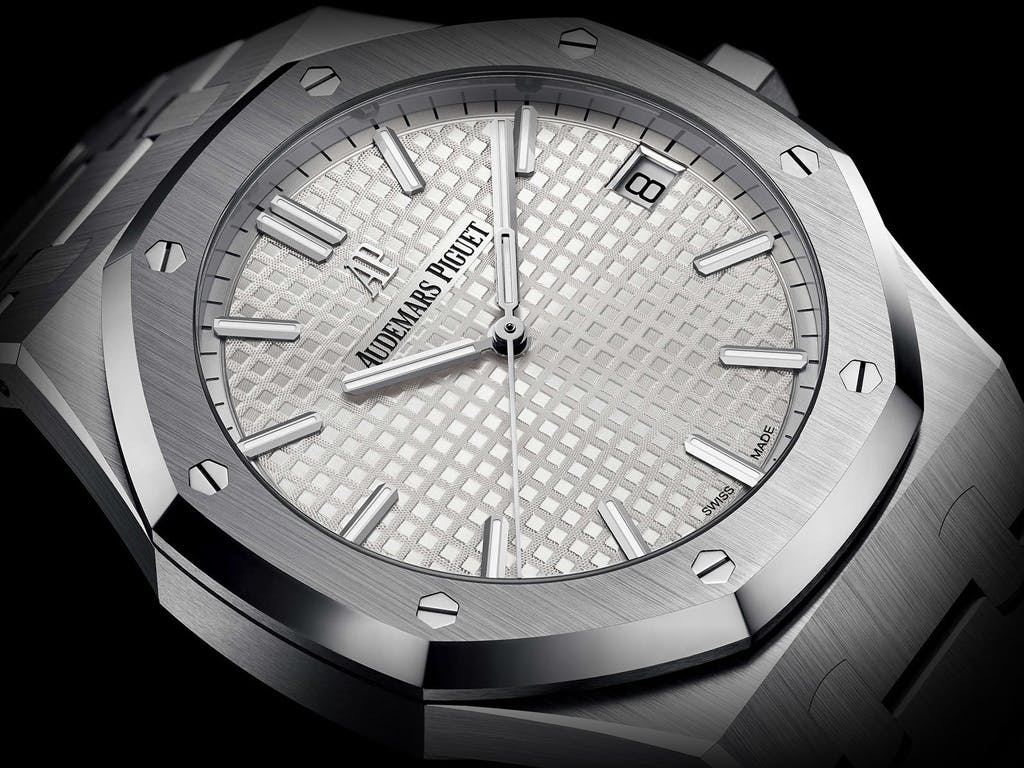 Back in January 2020, Audemars Piguet’s signature Royal Oak was covered right here, and you would have noticed that the full stainless steel version was only available in 3 colours then, Black, Blue and Grey. That has officially changed, with the Swiss luxury watch manufacturer quietly introducing an all-new version in Silver, giving you a total of 4 exciting colours to lust over. Now, if you find that the silver dial rings a bell, you’re not entirely wrong. The colour was part of the line-up in the older Royal Oak models (reference 15400ST) that came with Automatic featured prominently on the lower half of the dial. Since then, Audemars Piguet has phased out the addition of the word (some weren’t fans that the word was pretty much stating the obvious), with the current models (reference 15500ST) coming in a cleaner-looking dial that’s pleasing to the eye as well. Some of the differences between the two also include the shift of the date window, now completely flushed to the side and replacing the hour marker at the 3 o’clock position.

The minute track is also printed on the edge of the dial outside the signature Grande Tapisserie pattern, giving you increased legibility with a streamlined aesthetic. Of course, the most crucial improvement has got to be the impressive calibre 4302 movement, an in-house manufacture that’s more powerful than the calibre 3120 (found in the reference 15400ST models), beating at 4 Hz instead of 3 and boasting a 70-hour power reserve that’s an improvement over 60.

In other words, the Royal Oak Selfwinding is much better than now than it ever was, coming in a 41 mm case that will sit perfectly well on the wrist of the modern-day gentleman. The addition of the silver-toned dial gives an attractive option for the fans who prefer a brighter-looking piece. And as always, Audemars Piguet’s watches come with a 2-year warranty against manufacturing defects, and it can be extended to another 3 more years if you purchased it through AP’s authorised network. As for the price, this new Royal Oak comes at the same price as its 2019 counterparts, at SGD28,600 each.