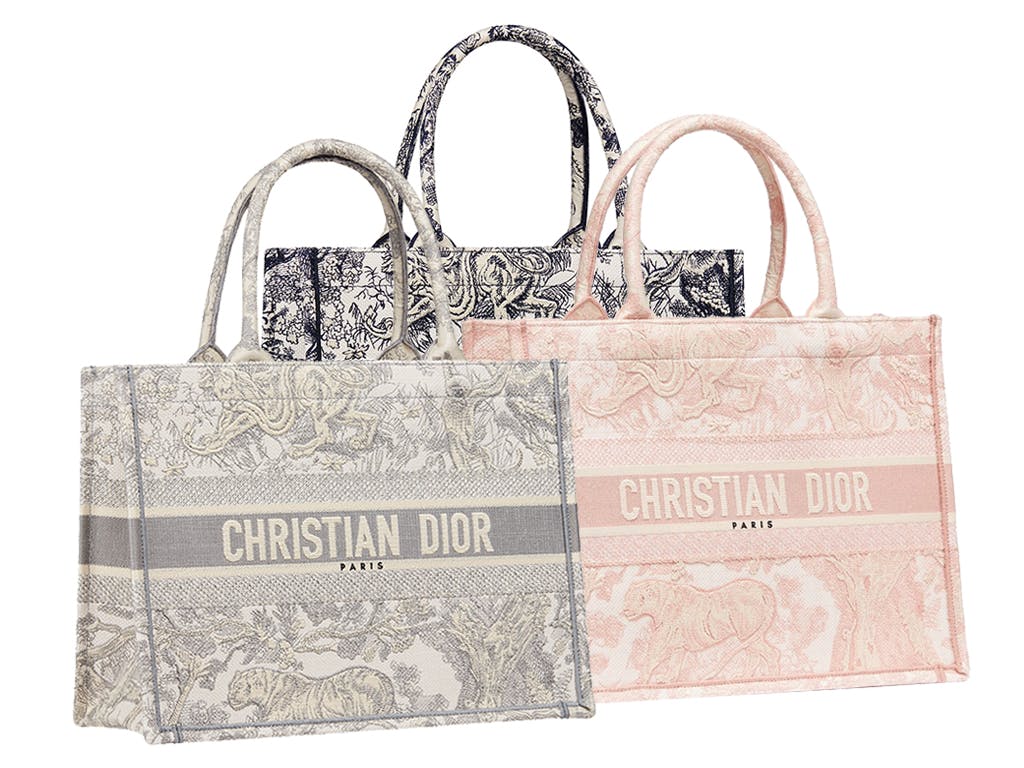 Toile de Jouy has long been known as a great French classic (its origins date back to Jouy-en-Josas, just south of Versailles in 1760), a type of print which Oxford Dictionary describes as a ‘floral, figure or landscape design on a light background’. Back in 1947, the delicate motif appeared as a beautiful decoration on the walls of Monsieur Christian Dior’s famed boutique at 30 Avenue Montaigne, and the print has been given a modern reinterpretation by Maria Grazia Chiuri in her recent collections for the French luxury house. You might know the pattern by sight rather than name, and some of you commonly referred it to as the ‘tiger & monkey’ print instead of its official name.

You’re not entirely wrong either, as Dior’s print features an interesting mix of animals in the wild, one that’s part of the all-new Dioriviera capsule (a sub-category of Spring-Summer 2020) and comes in colours like Grey and Pink. That’s also why you will find both colours being offered to you if you walk into a Dior boutique today and look for the Small size with the Toile de Jouy embroidered motif. Both of them are lovely pastel hues that will work well most outfits, and you can literally picture them with a great pair of denim shorts and a simple t-shirt, also known as the staple Singaporean all-year-round.

That said, the Toile de Jouy print in Blue which was only released in selected European boutiques last year is also up for your consideration, and you can head down to the boutiques to indicate your interest and see if they can allocate a piece for you. If you need a recap of the size, the Small Book Tote measures 36.5 cm by 28 cm, with a depth of 17.5 cm that’s more than sufficient for all your daily essentials. A 13-inch MacBook will fit in nicely (same goes for the upcoming iPad Pro), along with your files and A4 documents if you intend on using it as a bag for work. There’s no denying that prices for the Book Tote have been steadily increasing over the seasons, which also means that if you love the bag and always wanted a piece, it’s best you get one as soon as you can. For now, the Toile de Jouy Small Book Tote is priced at SGD3900 each and are available in Blue, Grey and Pink.