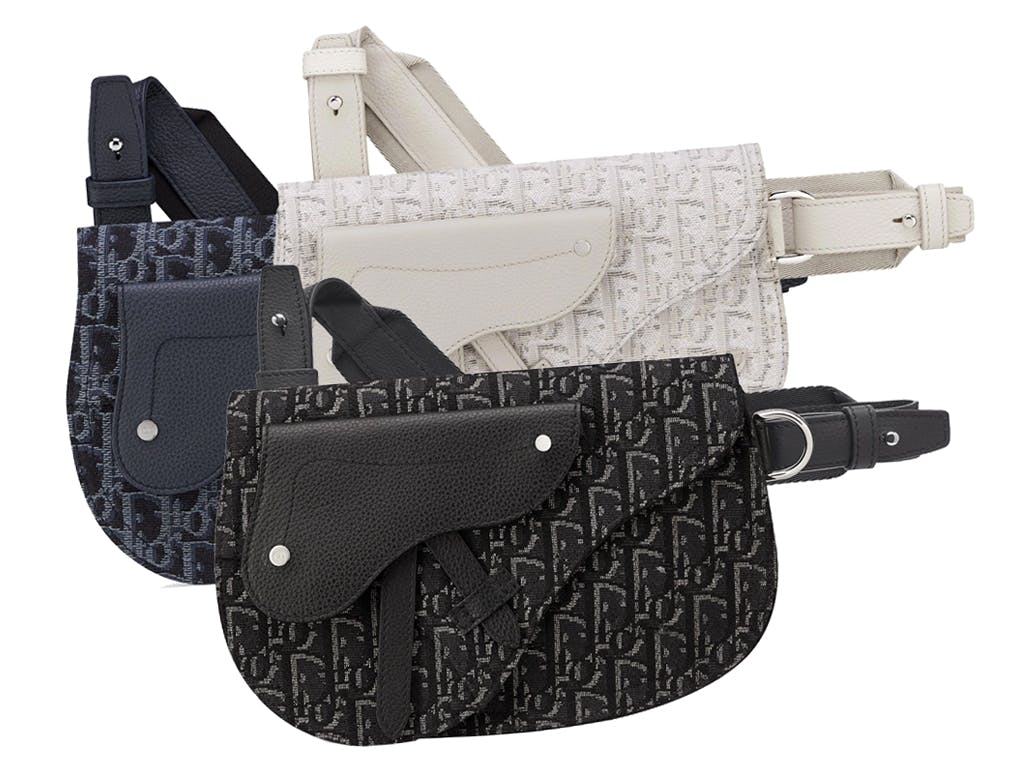 The #DiorOblique Jaquard Saddle Pouch is not a new silhouette at Dior Men, but rather, it’s officially part of #DiorEssentials, an entire range of Dior ‘classics’ which include the Roller Bag as well as the B23 High Top Sneakers, amongst others.

Delve deeper into this Saddle Pouch and you will realise why it was also included. First up, the size. This Saddle Pouch comes in a similar format that measures 24 cm by 17.5 cm, with a roomier base (not sharply tapered but with a slight width in the base) that will hold slightly more items within. There’s even an extra pouch on the front flap which can store coins and spare cash, one that functions as way more than just a decorative element. The adjustable strap is also removable so you can hold the Saddle Pouch like a clutch, giving it extra points in terms of versatility. The strap can even be hooked onto your other Dior pouches and mini bags, giving them new life as well.

The only downside is that it does not come with the CD buckle, but that is pretty much nullified when you factor in the price, as this Saddle Pouch comes in at SGD2800 while the #SaddleBag starts from SGD4000, which can be puzzling when you realise that the Saddle Pouch actually edges out in terms of function and versatility.

Today, the #DiorOblique Jacquard Saddle Pouch is offered in five different colours, with Blue and White recently introduced for Spring-Summer 2020, while Beige, Black and Grey have been part of the line-up for quite some time now. There are also versions in full grained calfskin leather available in colours like Black and Navy, along with Blue and Gradient Blue which landed in stores back in February 2020. Whether you’re a fan of #DiorOblique or full leather versions, both are priced exactly the same at SGD2800, and now available at the Dior Men boutiques in ION Orchard and Marina Bay Sands.