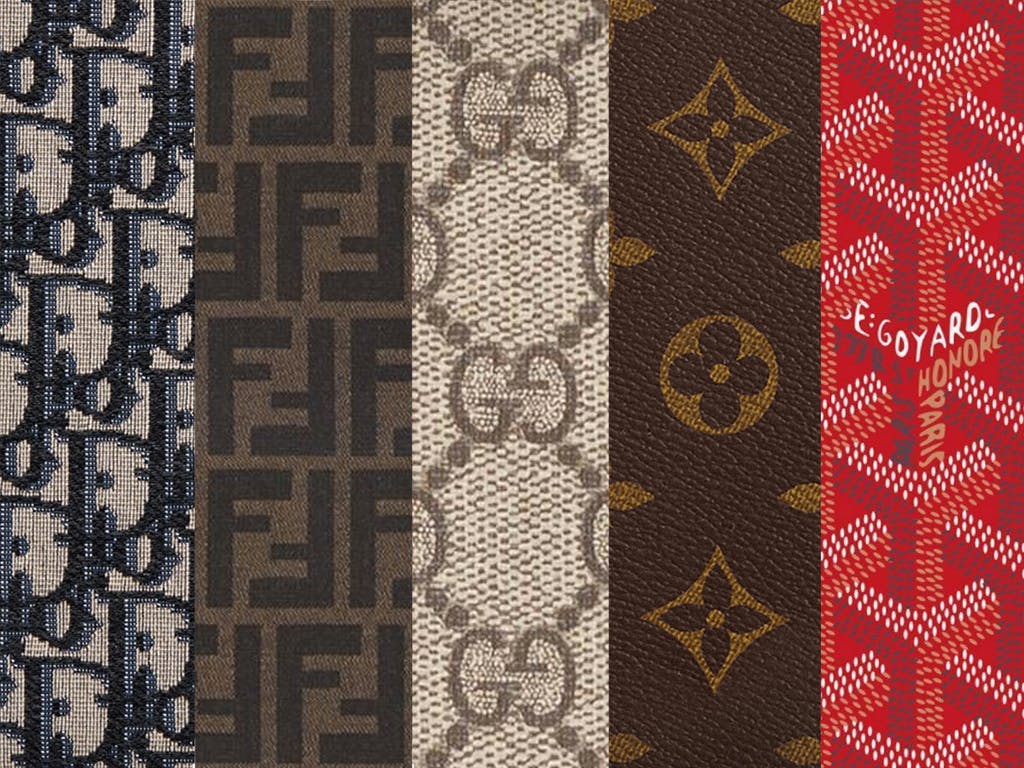 In an era where monograms are becoming increasingly popular, there are perhaps 5 standouts that have truly withstood the test of time. Each of them has its very own story to be told (Goyard and Louis Vuitton both date back to the 19th century) and are essentially timeless, specially these that have withstood the test of time. Already love these 5? Then consider this a refresher. New to the world of luxury bags? Then call this your starter post on monograms to know (and love).

01 – The #DiorOblique canvas was designed by Marc Bohan back in 1967 and was revived again by John Galliano when he created iconic bags like the #DiorSaddle (along with several other silhouettes) in the 2000s. Today, the #DiorOblique canvas has been updated (it’s slightly larger and features a more intricate pattern) and can be found extensively in the RTW, leather goods and accessories line-up offered by both Maria Grazia Chiuri and Kim Jones for both the mens’ and womens’ universes.

02 – Fendi’s FF monogram had its roots dating back to 1965, designed by Karl Lagerfeld who created the iconic logo in just 3 seconds. It eventually became a full-on print found across leather goods and RTW (fun fact: FF is actually the initials for ‘fun fur’), and has gone on to become the de facto logo of the Italian luxury house as well. Another fun fact? Silvia Venturini Fendi once famously quipped that FF should represent Female First, to honour the women (founder Adele Casagrande and her 5 daughters) behind Fendi.

03 – The emblematic Goyardine canvas (unofficially referred to as the chevron print) was created by Edmond Goyard in 1892, identified by the piled up dot pattern which comes together to form the letter Y, an homage to the Goyard family name. Zoom in and you will find the words ‘E.Goyard’ along with ‘233 R St. Honoré Paris’ (the address of the brand’s flagship store) featured on selected chevrons as well. And as of today, the Goyardine canvas is no longer hand-painted, but instead changed to ground-colour application that’s followed by 3 successive layers of etching to create a slightly raised pattern.

04 – Gucci’s GG Supreme was established in the 1960s, carrying with it a distinctive diamond pattern that’s furnished with the GG logo all over. Today, it has officially sealed its status as an icon of the house, with Alessandro Michele taking the monogram to new heights. The GG Supreme can be found on a wide array of bags and accessories, even RTW and shoes (you name it, they’ve got it), proving that their inimitable monogram is here to stay.

05 – The interlocking LV logo set amongst floral patterns and quatrefoils on a brown canvas body is none other than the one and only Monogram Canvas, created in 1896 by Georges Vuitton (Louis Vuitton’s son) for the brand’s signature trunks and suitcases. With time, the monogram made its way onto bags and small leather goods, made even more renowned by the Speedy in the 60s which was created specially for actress and style icon, Audrey Hepburn. Few brands have managed to transform their signature monogram like Louis Vuitton, and the French luxury house has gone on to partner with artists the likes of Stephen Sprouse and Yayoi Kusama in exclusive collaborations to bring a fresh perspective to the iconic monogram.