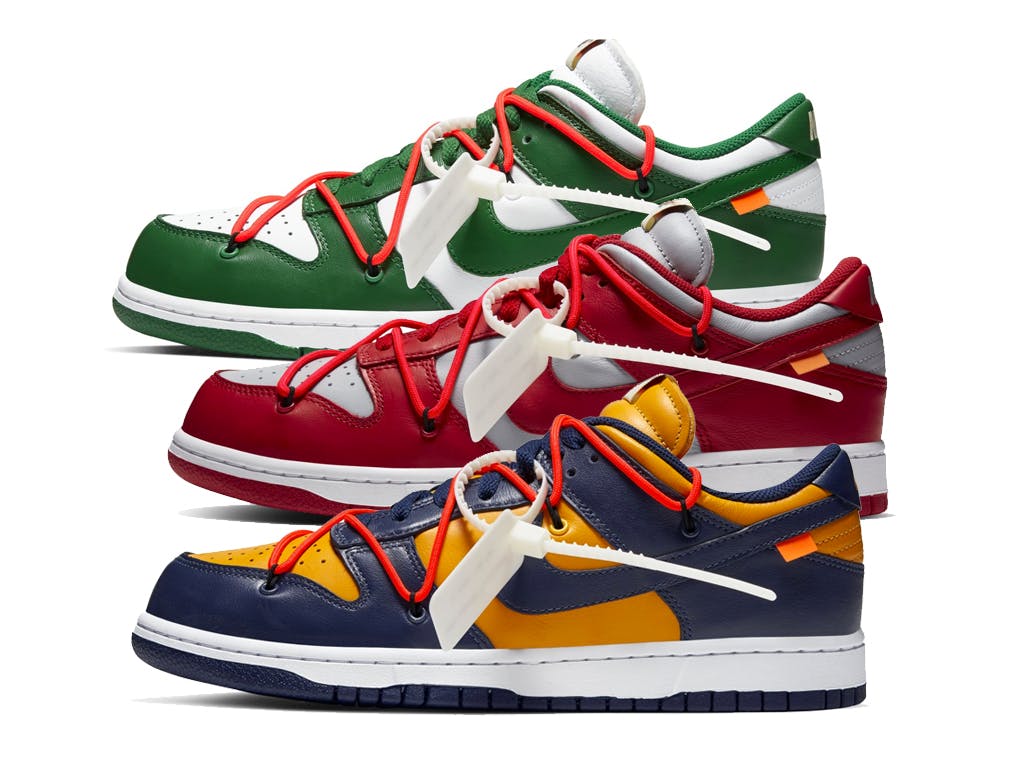 After weeks and months of eager anticipation, Nike has finally released pictures and information about the Nike X Off-White Dunk Low, and the coveted pairs will be officially launching on 20 December 2019 worldwide. The sneakers predominantly come in a two-tone leather upper that’s decorated with Off-White’s signature text on the medial side, along with the addition of secondary lace loops and Nike Flywire cables to create a cool all-rounder that takes inspiration from the hiking world. Not forgetting the padded foam tongue and patented zip tie, both of which are unmistakable Off-White signatures even from afar.

Fans looking out for the runway design with Futura Laboratories (shown during Off-White’s fashion show at Paris Fashion Week) will be disappointed to know that those pairs were only created for friends and family. For now, there are just 3 colour combos to keep an eye out for this very first drop, Michigan (essentially their Blue/Yellow combination), Pine Green and University Red pictured above.

The sneakers will be available at Nike Singapore on a first-come-first-served basis from 1000 hours on 20 December, as well as over at Dover Street Market Singapore which will be opening its online raffle on 17 December. And if you didn’t manage to score at the raffle, note that DSM SG will also be releasing these sneakers over on their E-Flash link on 20 December, so stay tuned online and you just might get lucky the second time around.