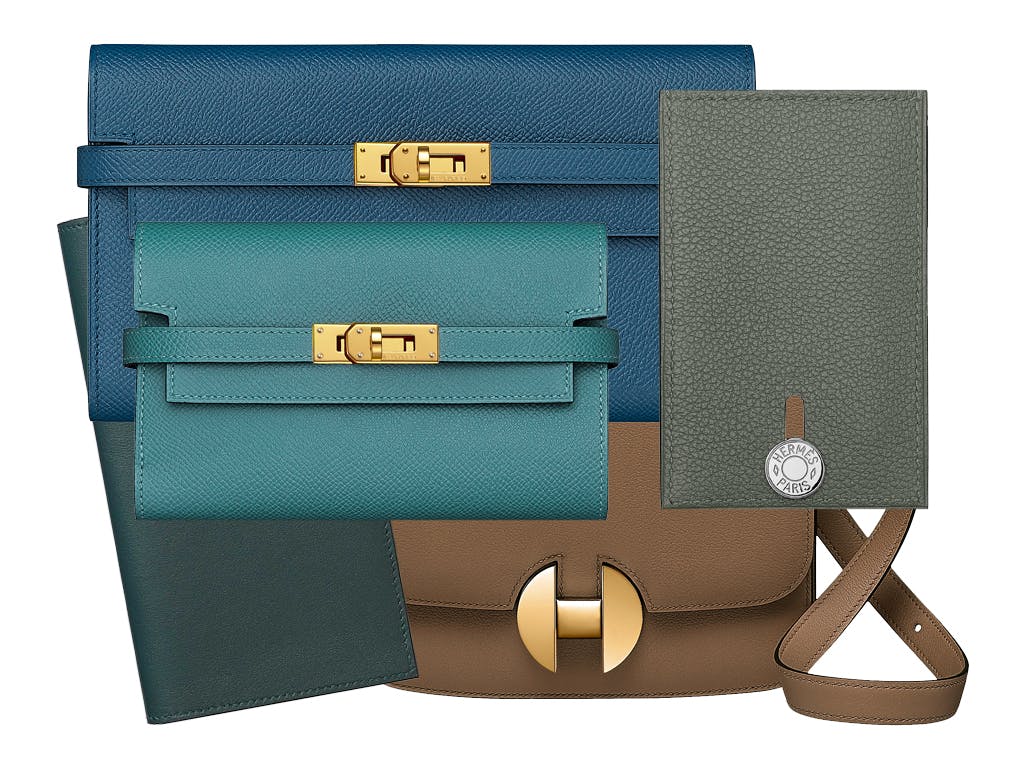 Even though we’re right in the swing of Fall-Winter 2019, bags from Hermès’ Pre-Fall collection, like the Mini Lindy, have only started to surface in boutiques, and it might take a couple more weeks before the Fall-Winter runway offerings like the Constance Belt Bag and relaxed Double Sens will be made available for sale. That said, Hermès operates a separate timeline for its seasonal colour offerings, with all-new shades like Beige de Weimar, Deep Blue, Vert Amande, Vert Bosphore and Vert Rousseau already part of their current line-up that can be spotted on an array of leather goods in Hermès boutiques right now.

Now, because these colours are termed ‘seasonal’, they won’t be produced for the next season, as opposed to recurring classics like Etoupe, Gold and Noir that are always part of the leather goods line-up, no matter what. In other words, if you truly love the shade, you should get in early, because you never know when they will make a return (perhaps you might chance upon it 3 or 4 years down the road?) once the season has ended.

If you need a concise description of the colours, here goes. Beige de Weimar (2002 – 20 Bag) looks set to be the ultimate neutral for the season, coming in the perfect shade of greyish-tan that will be a great contender against the popular favourite Etoupe, while Deep Blue (Kelly Classic Wallet) can be compared to Pantone’s Colour of The Year 2020, and is a shade lighter than Bleu Indigo and Bleu Nuit of seasons past.

The next three are essentially different variations of green, and it’s rather amazing how Hermès has the ability to create 3 different hues just because. Vert Amande carries light grey undertones, Vert Bosphore (Kelly Depliant Wallet) looks like a love child between Bleu Colvert and Malachite but leaning more toward green than blue, while Vert Rousseau is a dark green that’s perfect for the ladies (and men) who love an intense shade. Which are you intending to add into your ever-growing Hermès collection? Or have you already gotten all 5?