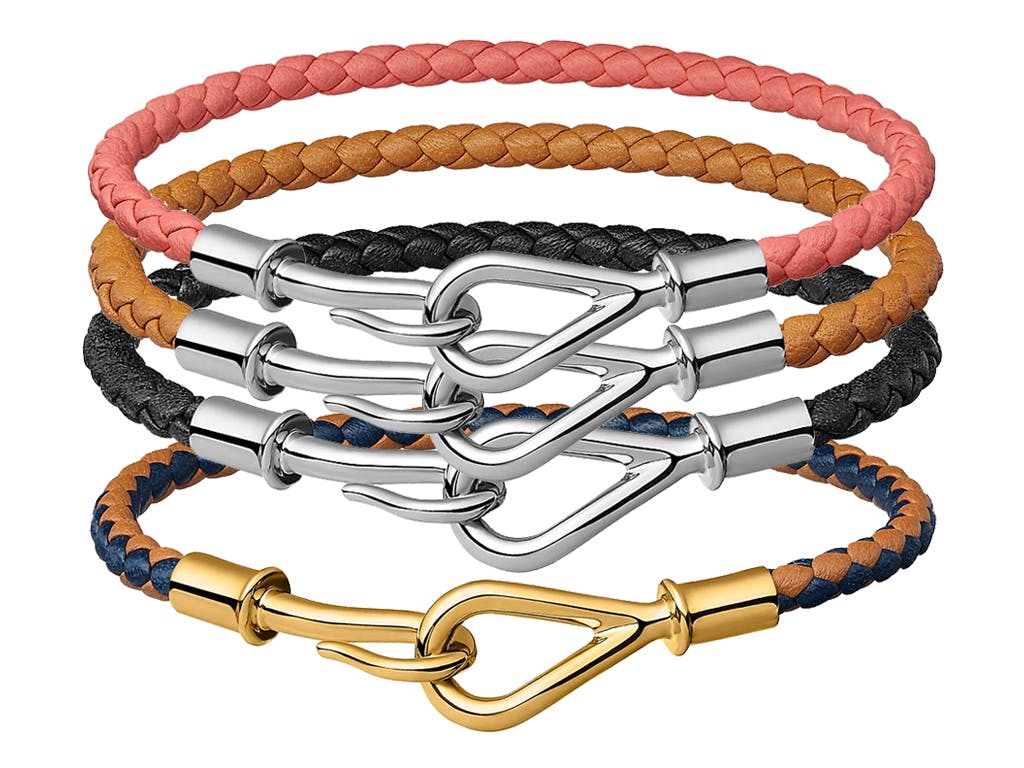 You no longer have to hunt high and low in vintage shops for Hermès’ Jumbo Bracelet, one that previously came in single or double tour leather straps paired with an oversized hook right in front. The jumbo hardware made it really easy to hook the bracelet on, which attributed to its popularity as a chic and fuss-free bracelet back then. Which is why it made perfect sense for Hermès to bring it back into its fashion jewellery line-up, offering it in an assortment of colours ranging from Gold to Noir, as well as brighter hues like Lime and Orange which come in either GHW and PHW.

It’s an interesting piece for sure, considering the French luxury brand has its roots in the equestrian world, while the Jumbo Bracelet appears to have been inspired by the sea (note the rather nautical hook detail). Also, it bears no logo whatsoever (no ‘H’ like the Clic Clac or Hapi), just the simplicity of the hook and a braided Swift leather strap in a handsome yet simple piece of jewellery that has stood the test of time.

What’s new about the Jumbo Bracelet for 2019? It’s now offered in a silk material which has also been braided to perfection, forming a multi-coloured pattern that will sit prettily on your wrists. Hermès has created a plethora of options for you to choose from (grab a few to form the perfect #wristparty), and the best part is that none of these bracelets exceed the SGD400 mark. The ones in silk come in at SGD360, while the leather versions are priced a tad higher at SGD390, and you will be able to spot two pieces available at Hermès’ online store over here.

Don’t sleep on them, because these might just fly off the shelves before you know it. Alternatively, you can head on down to the boutiques to check if they have pieces in store, or try them on if you aren’t familiar with the current sizes.