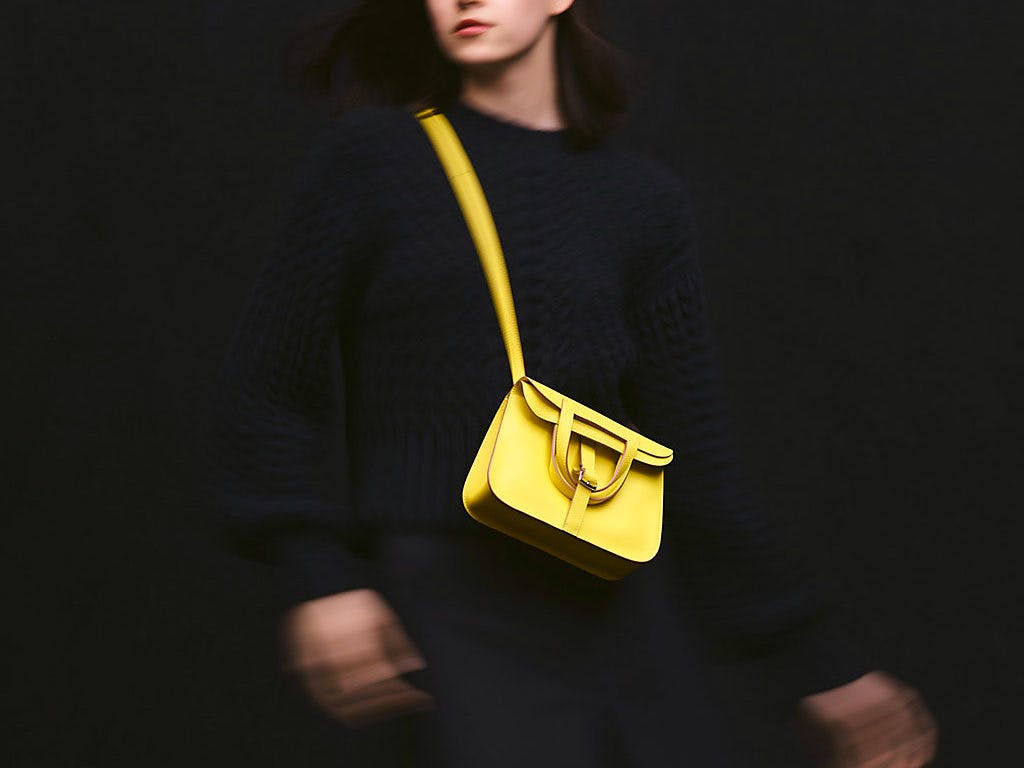 The Halzan is not exactly a new design (it made its debut in 2014) at the house of Hermès, but its younger sibling, the Halzan Mini, is one which has gained popularity in recent times, coming in a compact size measuring 21.5 cm by 15 cm that’s perfect for casual Fridays or the weekends whenever you’re out and about in town.

Interestingly, the bag pays homage to Hermès’ equestrian roots, from the stirrup-shaped handles to the buckle that runs down the middle, much like you would see on an actual horse saddle. And of course, the name Halzan is in itself referenced after a horse’s coat colour.

Now, the amazing thing about the Halzan lies in its ability to be worn in numerous ways. The most popular option? Wearing it long across the body like a chic messenger bag. Alternatively, you can shorten the strap and carry it like a chic handbag sitting under the arm, or simply lift the folded flap up and it transforms into a tote. The fourth way? Remove the shoulder strap altogether and you can carry it like a chic clutch. And even though the Halzan Mini is a compact bag, it does come with two external pockets on the front and back, as well as an additional slip pocket on the inside that will be able to house several essentials. And if you need a gauge of how small it really is, it will fit comfortably within an Evelyne PM with room to spare.

Today the Halzan Mini (SGD7000) comes in an array of colours (Capucine, Orange and Jaune Poussin, for example) in Swift calfskin, with several variations furnished with white stitching and others with tone-on-tone stitching, so don’t be alarmed when either option is offered to you at the Hermès boutique.