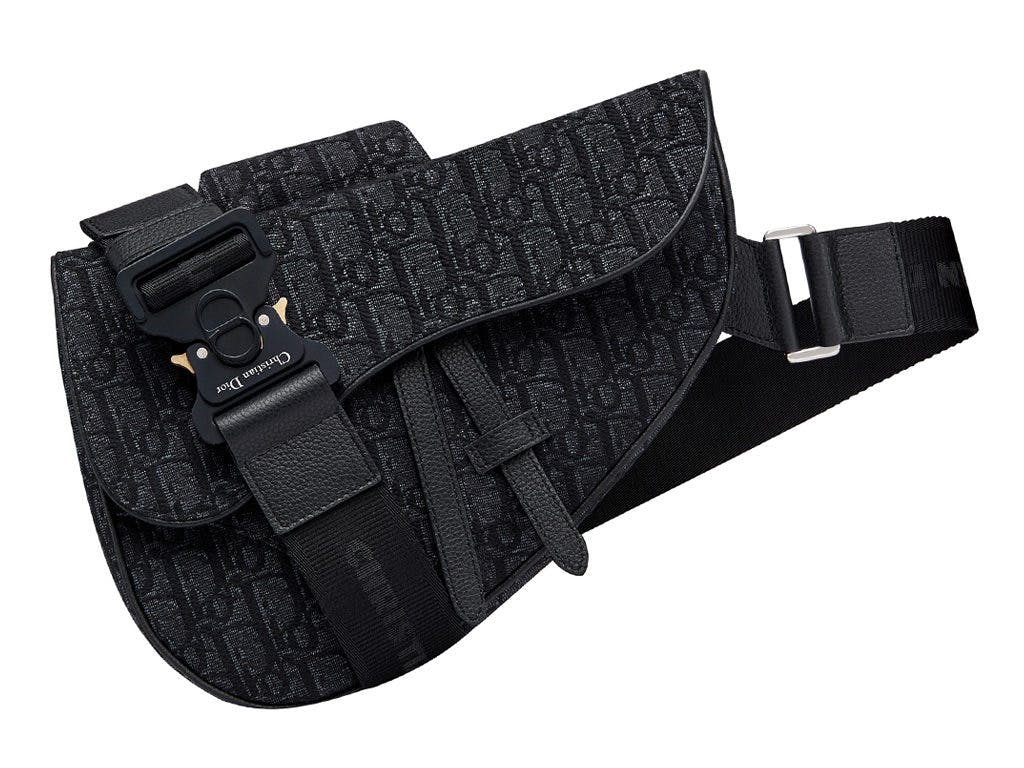 Dior’s iconic #DiorSaddle is no stranger to you, one that was launched back in the year 2000 and recently made a resurgence (with several updates to the jacquard canvas, amongst others) at Maria Grazia Chiuri’s Fall-Winter 2018 runway show for the French luxury house. It remains one of the bestselling designs for Dior, appearing in numerous colours and materials. And while the women’s version carries a silhouette that’s similar to the original, there are several differences in the men’s version.

For starters, it is considerably larger, measuring 28.6 cm across and 20 cm high, with an interior that opens by lifting the front flap and unzipping the elongated zip closure which runs from end to end. Two, it does not come with a leather top handle, but a canvas strap that’s furnished with a Christian Dior buckle created in collaboration with Matthew Williams of ALYX to give it a contemporary edge.

This season, Kim Jones has introduced an all-new colour combo for the #DiorSaddle bag, making it the perfect piece for those who love the monogram print but have been patiently waiting for one that’s rendered in full black. Yes, in tone-on-tone embroidered #DiorOblique jacquard, right down to the canvas shoulder strap and buckle that rounds up its full black on black look.

Priced at SGD4000, it’s now officially available at Dior Men boutiques (ION Orchard and Marina Bay Sands) in Singapore, along with several other accessories and RTW that are part of the current line-up. Including the ones here.

Fauré Le Page (Singapore): How Many Colours Are There?