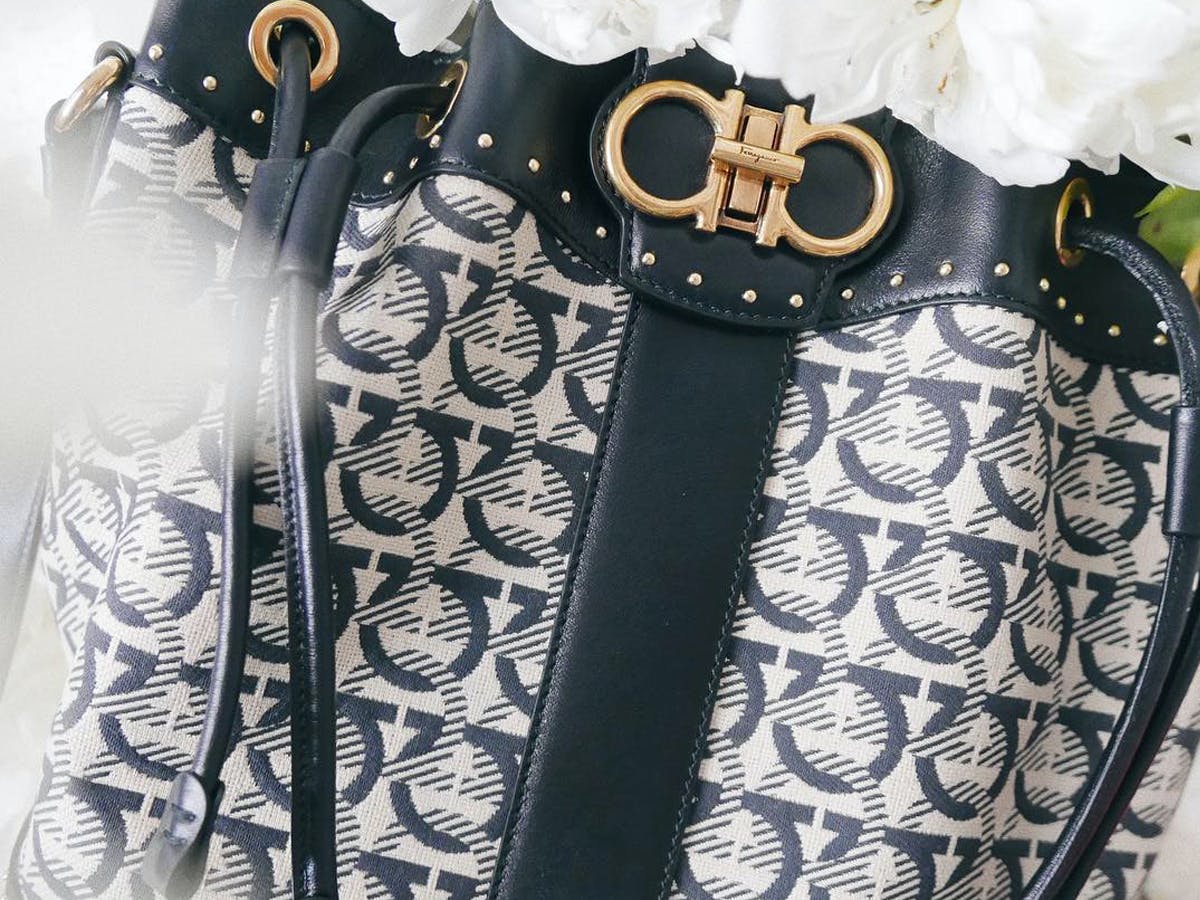 Salvatore Ferragamo’s Gancini has grown to become one of the most iconic symbols of the Italian luxury brand, most noticeably appearing on the belt buckle of choice for the gentlemen, while the single reversed horseshoe logo has appeared on an array of leather goods for the ladies ever since it made its debut as a clasp on a handbag back in 1969.

50 years on, the Gancini symbol is still going strong. In fact, it has grown into an all-new monogram print that’s said to be inspired by the gates of the brand’s Florentine HQ, adapted and launched by Salvatore Ferragamo’s current Creative Director Paul Andrew earlier this year.

The pattern is a recurring motif that appears in a wide variety of RTW pieces, along with accessories, leather goods and shoes for him and for her. The spotlight today falls on the Gancini Bucket Bag, one that’s made from the Gancini jacquard fabric body and finished with leather detailing all-around, including a sturdy leather base that allows it to stand upright on its own. 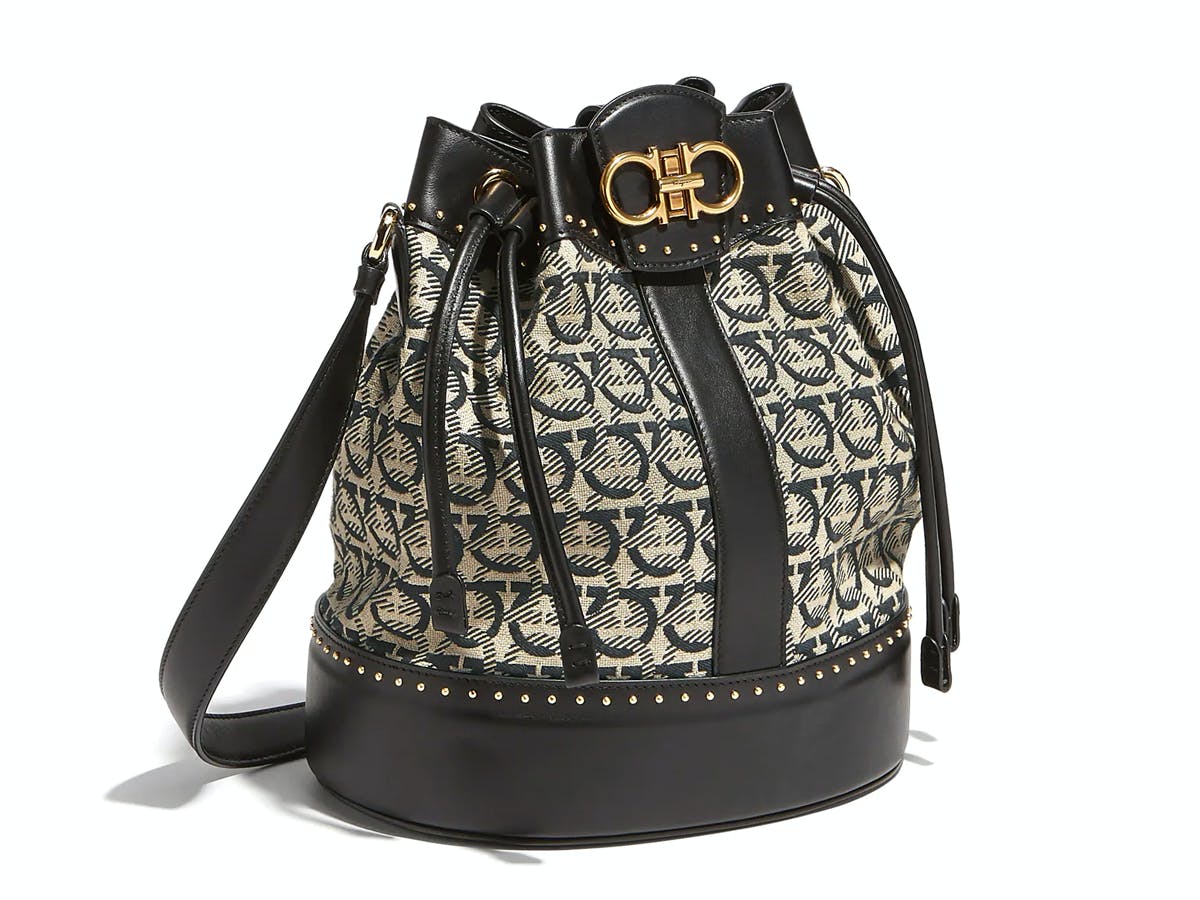 Don’t let the cool, edgy details like the metal mini studs fool you, as the bag in itself is amped with a number of functional elements as well. Measuring 27 cm high and 24 cm wide, it opens to a roomy leather-lined interior that will hold everything you might possibly need for the day (or night) within. The bag even comes with an extra zipped pouch that’s an added bonus.

Typical bucket bags come with a single drawstring to seal everything within, but this particular piece comes with two drawstrings at the sides, making adjusting for space way easier. It is also equipped with a twist-lock Gancini buckle right in the middle that doubles up as a metallic hardware logo as well as the first point of security for the bag.

You can carry the Gancini Bucket Bag (SGD2550) via the adjustable leather shoulder strap across the body, over the shoulder, or looped twice and carried by hand, all of which gives it extra points in terms of versatility and wearability. Interested? Head down to any Salvatore Ferragamo boutique at ION Orchard, Marina Bay Sands, Paragon Shopping Centre and Takashimaya Shopping Centre where this bag, along with many others in the new Gancini monogram, are now available.