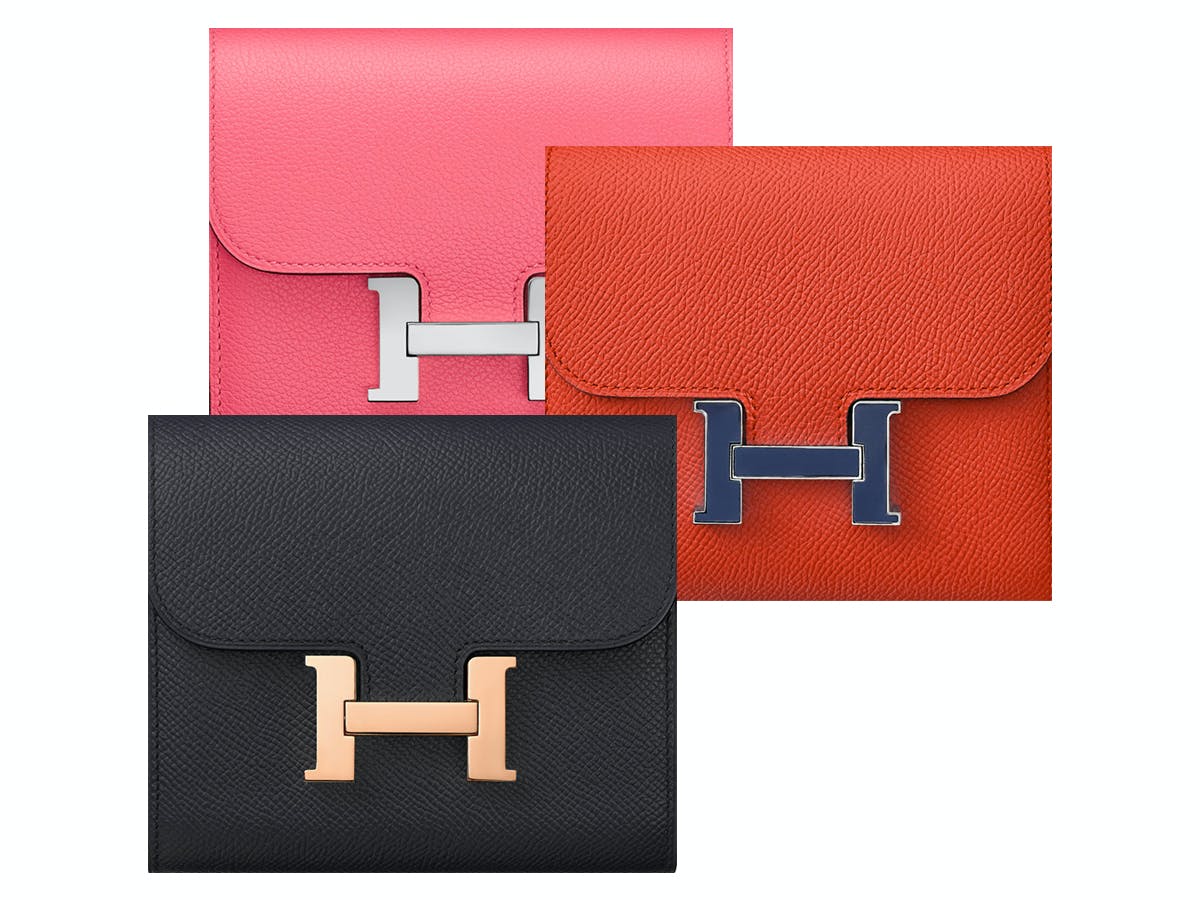 The Constance, without a doubt, stole the show at Hermès’ recent Fall-Winter 2019 runway show in Paris, appearing in the opening looks carried casually in the model’s palms, as well as an all-new belt bag version that’s way way cute. One’s an elusive silhouette that has record-long waiting lists, while the other has yet to be officially announced if it will ever make into production.

To satisfy your constant want (or is it a need?) for a Constance, you can get your hands on the SLG version, specifically the Constance Compact Wallet which is available in a wide array of colour options (think cult favourites like Étain, Gold or Noir). The wallet exteriors typically come in Epsom (a stiff grained leather) or Evercolor (soft but scratch resistant), both of which are leathers that will easily withstand daily usage, an important criteria for a wallet that you will be opening and closing several times in a day.

As for the hardware options, there are the standard GHW, PHW and RGHW, as well as the lacquered palladium that’s reminiscent of the finishing found in another Hermès favourite, the Pop H earrings. You can slip the Constance Compact Wallet (priced from SGD4800 for the ones in Epsom) into your bigger day bag, or slide a thin chain (a long Hermès one, perhaps?) under the flap to carry it like a chic WOC. Which does sound pretty ideal for days when you only need to carry a wallet and nothing more, but love to keep yourself hands-free while on the go.