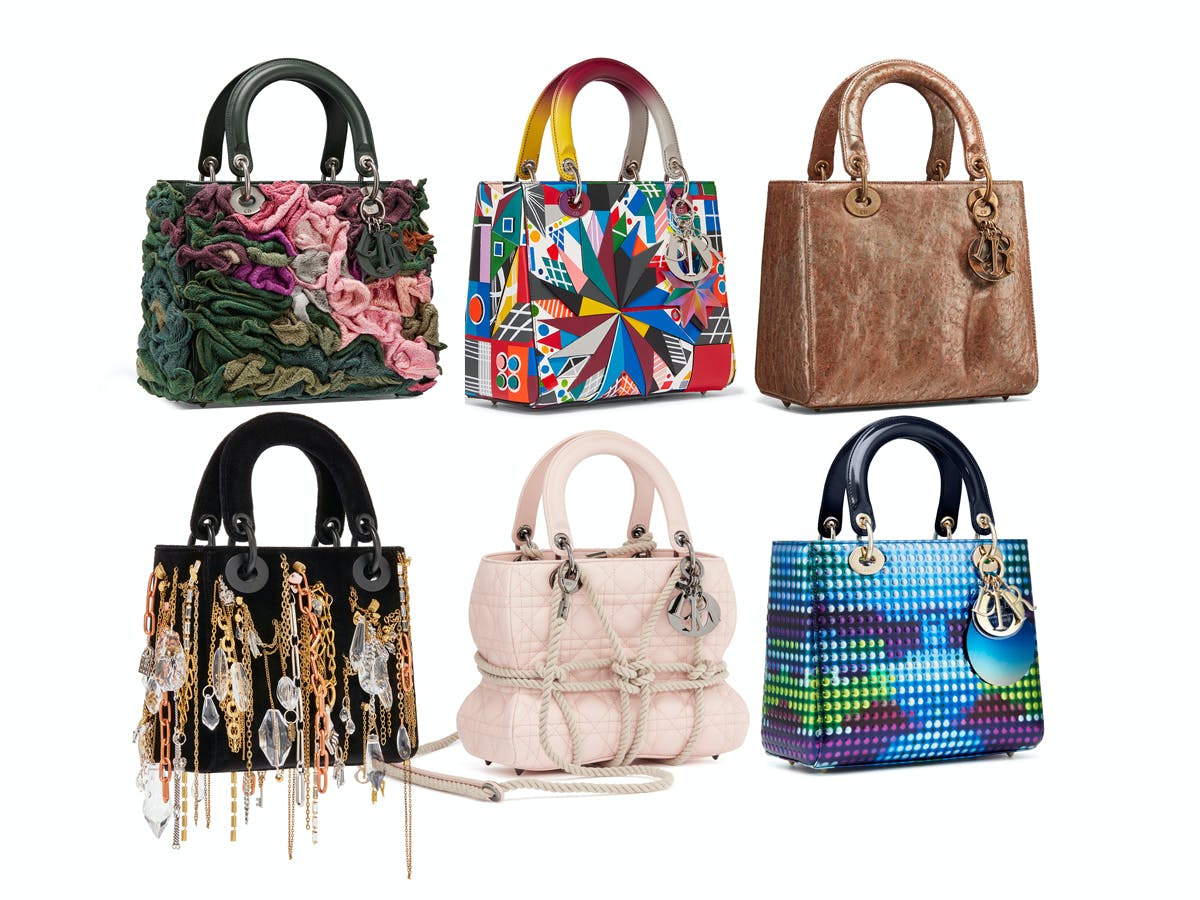 Few bags possess the charm of the Lady Dior, an icon of Dior that encompasses several signatures and has been relatively unchanged since its debut in 1995. The architectural lines, Cannage motif and D-I-O-R charms are all quintessential elements that have truly withstood the test of time. And to further seal its status as the most emblematic of bags, Dior embarked on the Dior Lady Art project, one that explores the appeal of the Lady Dior bag through the eyes of selected artists all over the world, each chosen to reinterpret the iconic piece in their own way.

While the bags’ timeless shape and silhouette remain relatively unchanged, the exterior has been reimagined through creative concepts and interesting materials, a true art piece in every sense of the world.

Dior Lady Art enters its third edition this year, but it’s the very first time the Parisian luxury house has chosen to focus only on women artists. 11 of them hail from the likes of Columbia, France, Turkey and United States, along with a strong Asian representation from China, Japan and South Korea who are given carte blanche by Dior.

In total, there are 18 different designs to choose from, with further variations for some in terms of colour or size. And because there are just too many to cover in single post, here are 6 standout bags you should check out first.

First up, Isabelle Cornaro from France, who has chosen to feature chains and various ornaments (a clover, a crown, figure-of-eight talisman of Christian Dior) made from aged gold and silver, all of which are embroidered on a black silk velvet body. Lee Bul, on the other hand, is a South Korean artist who has chosen unexpected materials for the bag, one of which is an extraction of real rock that’s reworked with a high frequency technique. Even the D-I-O-R charms are made from stone and finished with aged silver to complete the look.

Moving on, Li Shurui from China has taken a futuristic approach in the form of a hypnotic hologram pattern that’s embossed on the coated fabric, adding on an oval charm in a gradation of blue that’s a tribute to Dior’s emblematic hue. USA-based Polly Apfelbaum’s rendition comes in an intricate multicoloured lambskin marquetry that’s further decorated with several hand-painted designs. This piece features the addition of the 8-pointed wind rose charm, a favourite of Christian Dior himself.

Something familiar that’s given an avant-garde touch would be Morgane Tschiember’s rendition of the mini Lady Dior. Even though she hails from France, her ‘shibari bag’ takes design cues from an ancestral art of the samurai rope, which she has chosen to bind the lambskin bag for a unique finish. Rounding up the lot? Janna Tschäpe from USA who was inspired by corals, embroidering the smooth green calfskin bag with multicoloured cotton canvas to create the effect of water and plants.

To be launched at Dior ION Orchard come 10 January 2019, prices start from SGD7200, with each design/style to be sold in limited quantities. Looking for a bag that’s more than just a bag and one that could be considered high art? These could be it.