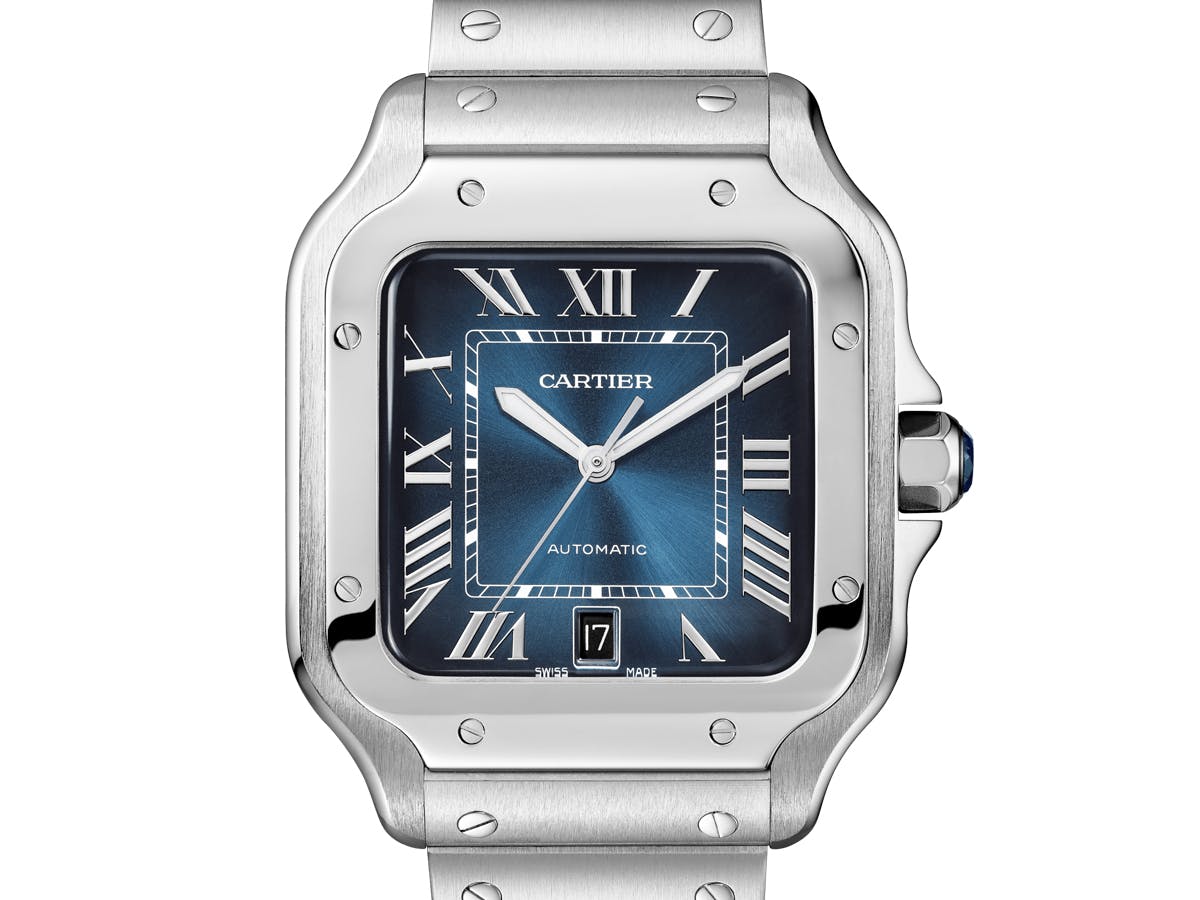 If you’ve been a fan of Cartier’s Santos timepiece, you would have known that the iconic watch has undergone coloured dial variations (apart from a predominantly white) over the years. From a grey version found in the limited-run of the Santos Galbee and Santos 100 XL Kings Road to a black dial on the Santos 100 Carbon and Santos 100 ADLC released back in 2009 and 2016 respectively, the dial has stayed relatively neutral otherwise.

Introducing the Santos de Cartier watch (which made its debut at SIHH 2018), this time coming in a gorgeous blue gradient dial that’s now available at Cartier boutiques in Singapore. The Santos de Cartier watch was lauded for its updated features like the QuickSwitch interchangeability system and SmartLink resizing mechanism for the steel bracelet, and the same can be found in this all-new version that’s available in a single size, the Large (SGD9450), which comes with a case width of 39.8 mm. 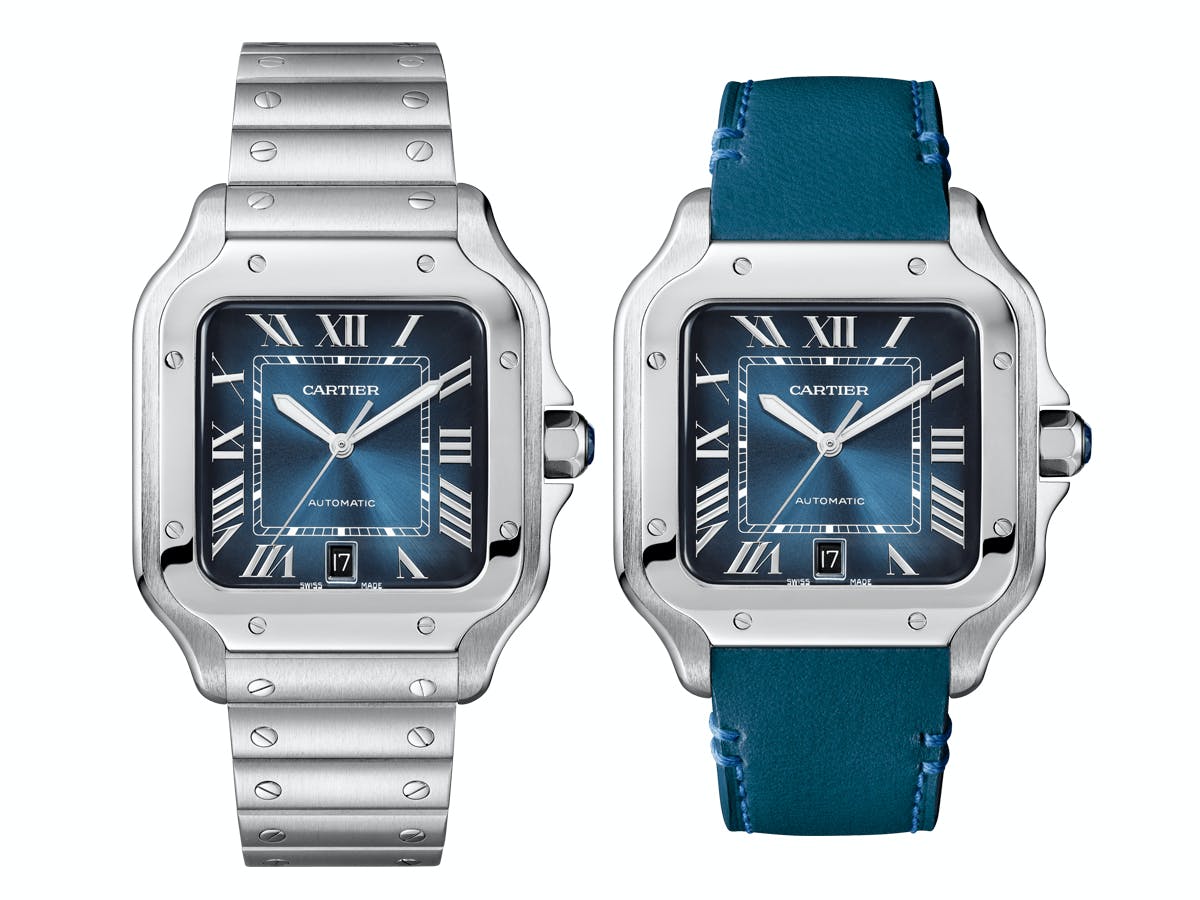 What’s different, however, is the blue gradient dial in place of the classic white, and with it sees an update in the watch face’s Roman numerals (this version comes in stainless steel), giving it that extra pop of shine and added appeal. As with all Santos de Cartier pieces, this model is also equipped with a steel bracelet (armed with the SmartLink adjustment system), along with a navy blue calf leather strap (which comes with a steel double adjustable folding buckle) that’s inspired by the deep blue skies Alberto Santos-Dumont was so passionate about conquering.