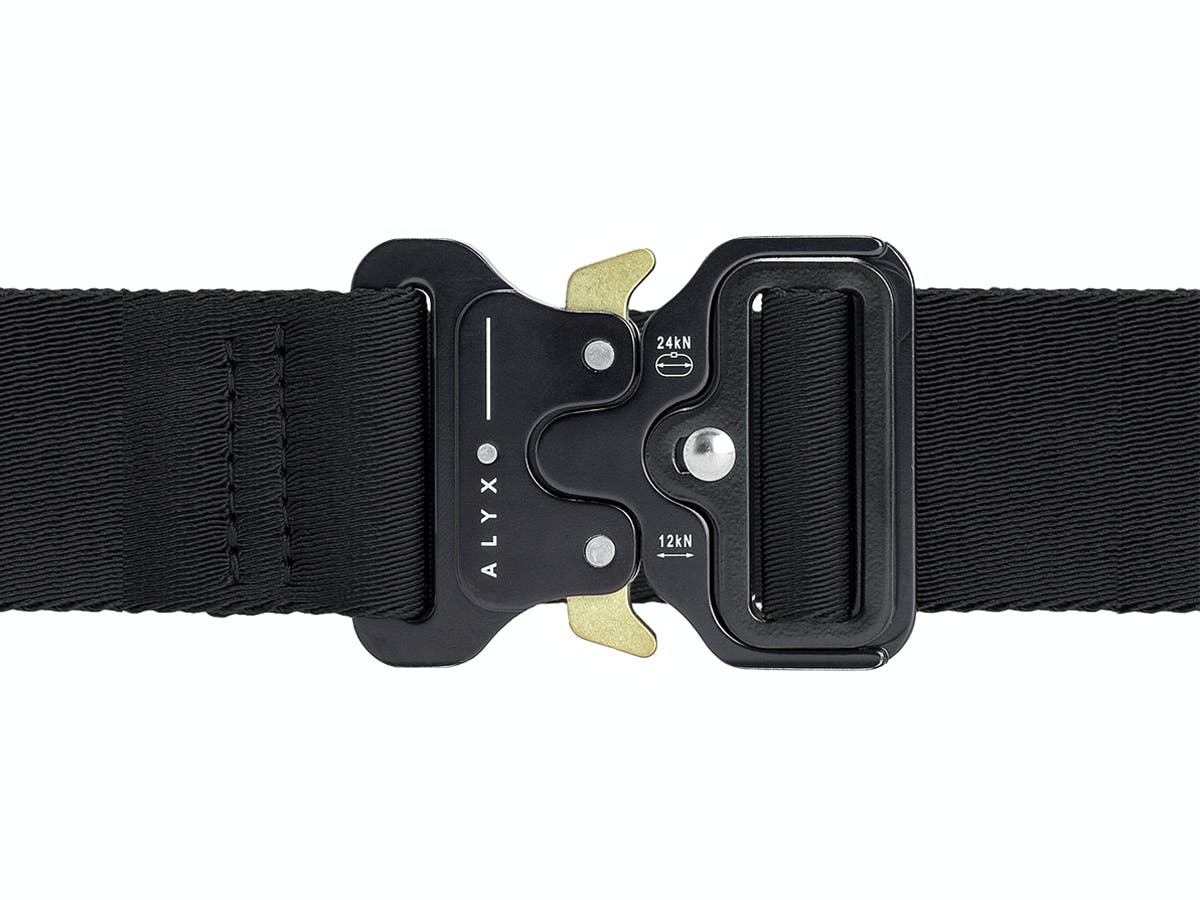 Alyx who? If that’s your initial thought after setting your eyes on the belt above, here’s a little bit of information about the label, and the man behind it. Fronted by Matthew Williams, he is more than just a designer, having held a Creative Director role in the fields of art, fashion and music for a good decade before starting Alyx in 2015. The New York-based label places an emphasis on quality materials and production (pieces made in Italy), creating accessories and clothes that are perfectly suited for the contemporary individual.

A signature piece in the label’s lineup would be their Rollercoaster Belt, which comes equipped with a buckle that’s reminiscent of the hardware closures found on a rollercoaster and hence the name. Williams found inspiration for the buckle while on a trip to Six Flags amusement park in California and has since expanded the range to include accessories like bags and bracelets, but the original black belt is still the definitive piece that’s high on everyone’s wish list.

Subtle branding aside, there’s no denying how sexy the buckle is, and if you think it looks familiar, here’s why. The same buckle was given the Dior treatment when Kim Jones collaborated with Williams to create a ‘rollercoaster’ buckle that has appeared on many of Dior’s Spring-Summer 2019 collection, including bags, belts and hats.

And maybe that’s why the Rollercoaster Belt is currently sold out on Alyx’s e-store, as well as other major e-commerce sites that carry Alyx, because frankly, the hype is real. But fear not, because there are still some to be found online, including at HBX, as well as Farfetch where it is priced at SGD503 and SGD480 respectively. In other words, do it now before they are really all gone.