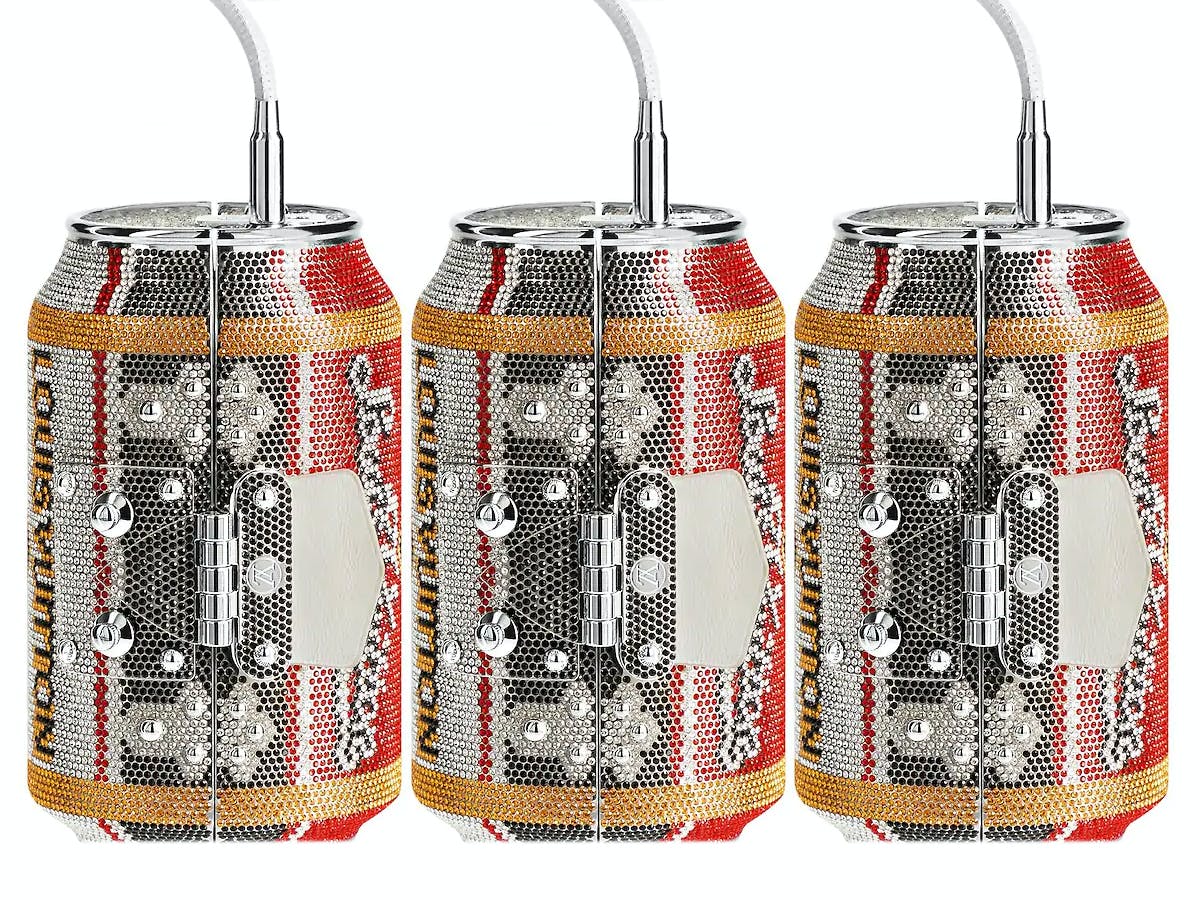 Designer minaudières aren’t exactly new in the luxury space. Chanel, for one, has one specially dedicated to each season’s collection. Judith Leiber’s entire USP is built on fancy, bling-ed out clutches. And then there’s Louis Vuitton.

While this isn’t the first time LV is releasing small fancy minaudières, you could say that this is the fanciest and most far-out pieces pieces they’ve ever had. Known simply as the Drink-It Bag, it is chic, it is shimmery and it will definitely make your head turn. Completely decked out in Swavroski crystals on the body of the clutch which is essentially shaped like a drink can, the crystals form the words Louis Vuitton, as well as the cover part of the S-lock clasp which is how you get in (and out) of the bag. Lined with lambskin, there’s also a long calf leather cord strap that allows you to secure it over the wrist for added security.

Priced at a whopping SGD27,100, this bag, like most fancy minaudières, isn’t for everyone, but if you can’t stop thinking about the 14 cm by 6 cm clutch, just head to Louis Vuitton and do a special order for it. Yes, it won’t be available for walk-ins, but what’s a little wait for this one-of-a-kind piece, right?