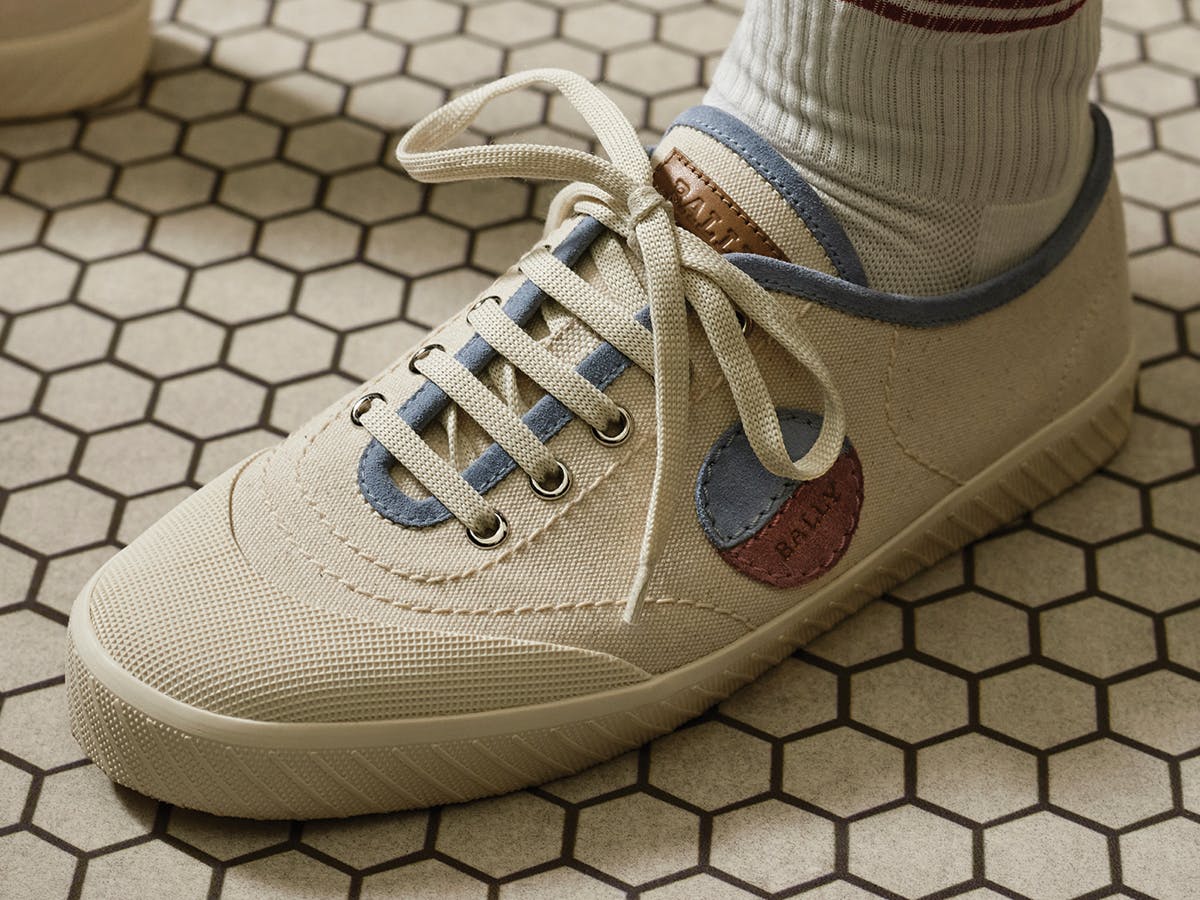 Bally has been creating sneakers since the 30s, designing everything from sport-based variations (basketball, football, golf, for example) to gym shoes, plimsolls and many more. In that sense, the Swiss label has witnessed the evolution of sneakers over the decades, with the footwear starting out as a sporting necessity before evolving into shoes for everyday wear.

And because it’s the norm these days to look back, Bally is putting its best foot forward by rehashing four of its most successful lace up sneakers from the 60s, 70s and 80s as part of its Spring-Summer 2018 Retro Sneaker collection that will be launching worldwide from today (1 March 2018).

Apart from bringing back ‘replicas’ of the original shoes (but with modern updates), some of these sneakers will also be offered in all-new colours and material options, which you will find stated below. Starting with the Super Smash from 1965 (shown above), this reissued version from the 60s features the very same vintage Bally logo on the sides, but has been given an all-new vulcanised sole for added strength and comfort. In addition, the 2018 versions of the Super Smash will come in both high and low top styles in either leather or canvas finishes. Next, the Vita-Parcours from 1974 are the ones that epitomise the cool 70s vibes with a stylish mid-cut, with the 2018 versions coming in the exact same form and silhouette from the 70s, but in seasonal colours like Curry, Ocean and Snuff Grey, plus a revamped sneaker sole. Bally was known as the designer sneaker-of-choice in the mid-1980s among rappers in the hip-hop scene, and as such, you will find a bit of hip-hop elements, together with a mix of sporty silhouettes, in the next two cult favourites from 1983 known as the Competition and the Galaxy. With the Competition, the 2018 version comes in the exact same shape from 1983 but with the addition of a shock-absorbing polyurethane sole, padded shoe tongue and an extra insole for added comfort. The Galaxy, on the other hand, is identified by its suede and canvas mix upper with a treaded sole for extra traction. The original Galaxy in Garnet will be reproduced for 2018, along with new colours like Black, Blush and Kodak Yellow for both men and women.

Launching worldwide on 1 March 2018 across all Bally Boutiques, you will find these sneakers over at The Shoppes at Marina Bay Sands (#B1-77A/78) and Takashimaya Department Store (Level 1) in Singapore. #happyshopping