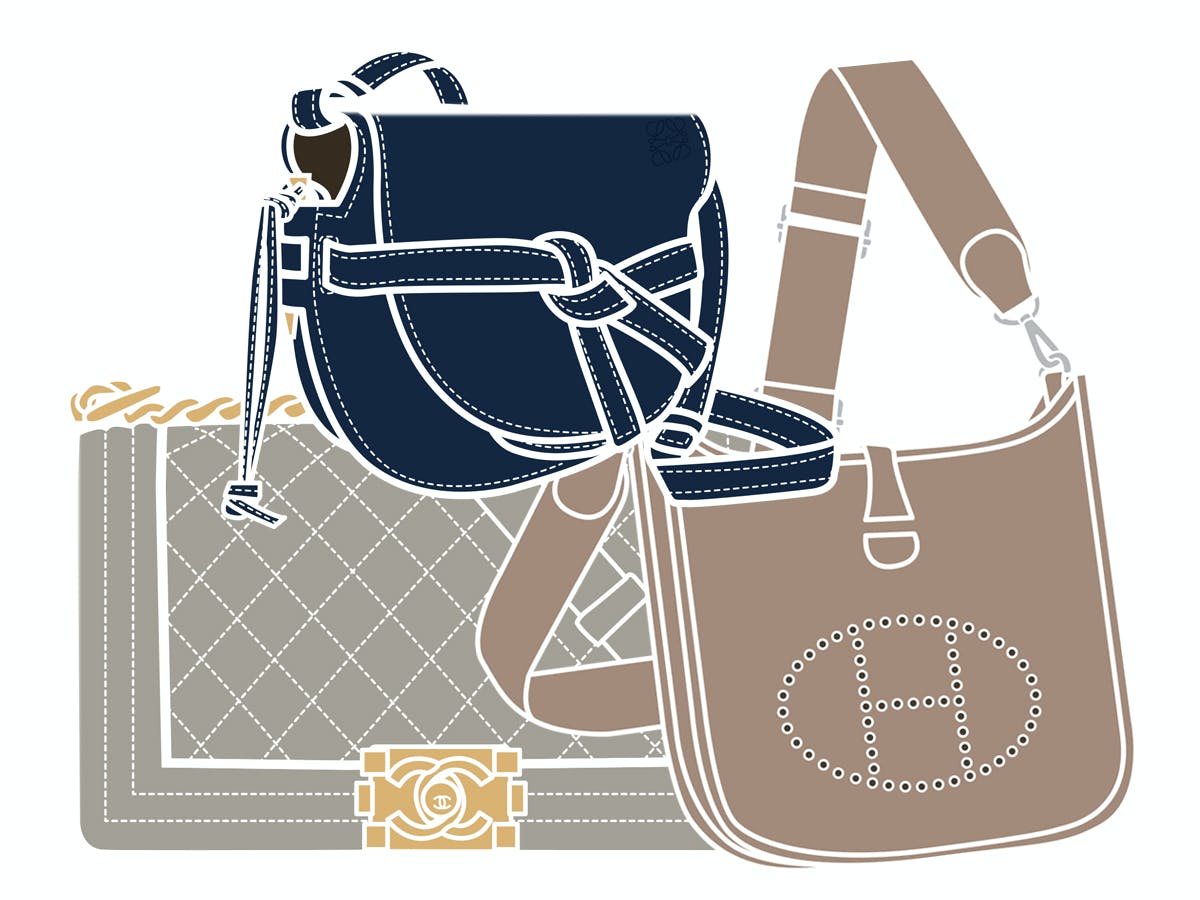 Let’s face it. It will always be ‘controversial’ whenever you ask a guy to dip into a women’s wardrobe, but when it comes to bags, it really isn’t so anymore. Sure, there are many bags that are still off limits, but more and more, guys are picking up pieces traditionally catered to the womenfolk and with good reason. For one, they come in sizes and styles that guys these days do favour more of, they do come in colours that will work for the boys too, and so long as the proportion works, why not, right?

So without further ado, here 3 bags the boys can use too. One’s a classic, one’s an ‘it’ and last but not least, something new…

Men have been using Hermès’ Évelyne III for the longest time. The ‘classic’ of the trio, and also the oldest (in terms of design), the Évelyne III is still your standard everyday bag that works for the boys as well. Identified by its perforated H detailing, the Évelyne has a main compartment (along with a flap pocket) that’s accessible via a single snap button clasp. What’s great about it as well is the fact that it comes with adjustable straps, which also means the boys can adjust it till it works and carry it with ease. The 3 sizes that work best? PM (29 cm), GM (33 cm) and TGM (40 cm), though honestly the first two are still better than the third because just because it is big, doesn’t mean it is better.

Next, the ‘it’ bag. Yes, it’s Chanel’s Boy Chanel. Maybe it’s the lego-inspired hardware closure. Or maybe, because reading the bag’s name aloud is convincing enough, this has been a hot favourite of both boys and girls since it was launched in 2012. Again, proportions do matter, so get the size that works best for your frame, unless it is meant to mimic those ‘across the chest’ bumbags that are all the rage these days. Another point to note? Colour. Yes, the Boy Chanel comes in many many hues but stick to the ones that are more ‘safe’. Like black or navy. Or this one in Grey that isn’t boring boring, especially when finished with gold-tone hardware.

Last but not least, something new. Recently launched at the Spanish luxury house, Loewe’s Gate Bag has a unisex appeal that works effortlessly well on either gender. Its saddle-shaped silhouette (20 cm by 19 cm) is easy on the eyes, and is very much on trend, while the knotted belt bow closure gives it the added design flair it needs. The material? Buttery soft calfskin that’s executed to utter perfection in a gorgeous Midnight Blue. Looks aside, the bag’s a truly versatile one. The inner compartments are well organised thanks to divided slots, so nothing gets really lost within. The strap length, on the other hand, is adjustable up to 121 cm, making it work well as a cross body for the men as well. Just stay away from the ones in multiple hues, but if you really love colour, no one is going to stop you either.

So why not step out of your comfort zone and give one of these a try, because who knows… #happyshopping