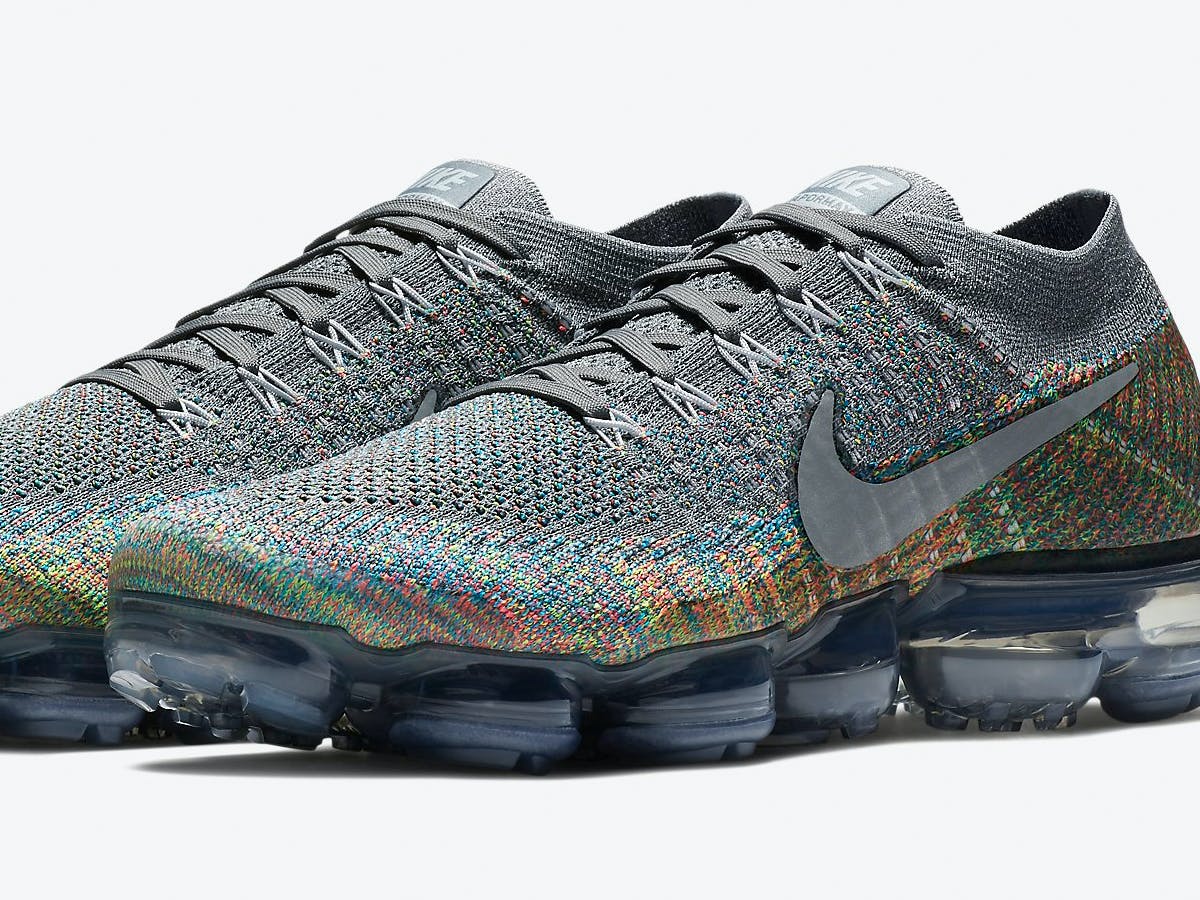 ‘If it ain’t broke, don’t fix it’ pretty much sums up Nike’s stand of its coveted Air VaporMax Flyknit sneaker, having released numerous colour combinatons of the sneakers over the course of several months. The sneaker’s success lies in a number of factors such as the woven sock-like uppers that are oh-so-comfy, and the technology which ensures stability (and bounce) thanks to a solid grip on your foot.

Some pairs even offer colour combinations that seem to work so well together, such as this all-new version here that comes with a beautiful rainbow gradient upper that’s slightly reminiscent of the Flyknit Racer Paddle Pop and Multicolour sneakers of seasons past. Paired with cool translucent soles that’s all about channeling that ‘running on air’ feeling, this version in a four colours (Dark Grey/Blue Orbit/Hyper Punch/Reflect Silver) is the very definition of street-certified cool.

And as you all may know by now, certain more popular designs never get launched in Singapore or come much later, so the good news is that these will appear online come 8 February 2018. Retailing at SGD269, mark your calendars and don’t say good things #bojio.