Almost every designer brand out there has released its very own ‘Dad’ sneaker that’s all about the chunky, thick sole and thick layers of various materials, making them the very definition of ‘more is more’. For Spring-Summer 2018, Louis Vuitton has created its very own version, though with a slightly different approach. Instead of creating a chunky sneaker that’s targeted at men, Louis Vuitton’s Archlight Sneaker is one that’s specially created for the ladies. 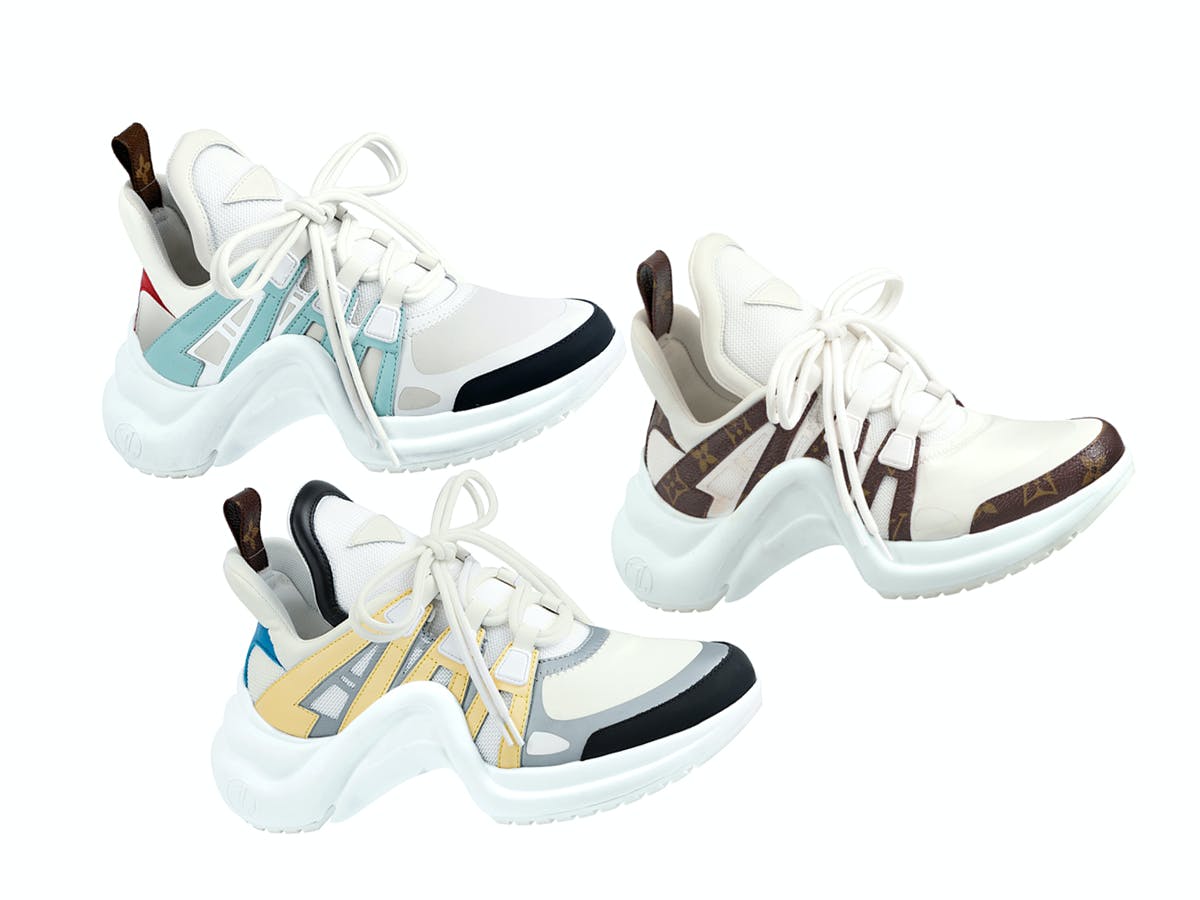 In a generous mix of materials that include various fabrics, different types of leathers and even Vuitton’s signature Monogram Canvas, depending on the specific model you decide on, it is this mix that gives the shoe extra strength and flexibility. The oversized sole, on the other hand, sporting a sharp pointed arch on the midsole (which probably explains the ‘arch’ in Archlight) is also the sneaker’s most unique detail. Definitely different with an enlarged high tongue featuring an LV logo and low-cut ankle grips, this is as ‘ugly’ as it gets, which isn’t a bad thing since these types of shoes are also all the rage now.

Coming in a variety of colours that range from an all-black to contrasting mixes of colours and patterns, the Archlight Sneaker (SGD1560) is now available exclusively at LV Marina Bay Sands, with the rest of their boutiques releasing their allotments from 23 February 2018. And before you say anything else, just remember this. When the Triple S was first released, everyone thought what a horror it was. Now it’s the one sneaker that’s always sold out.