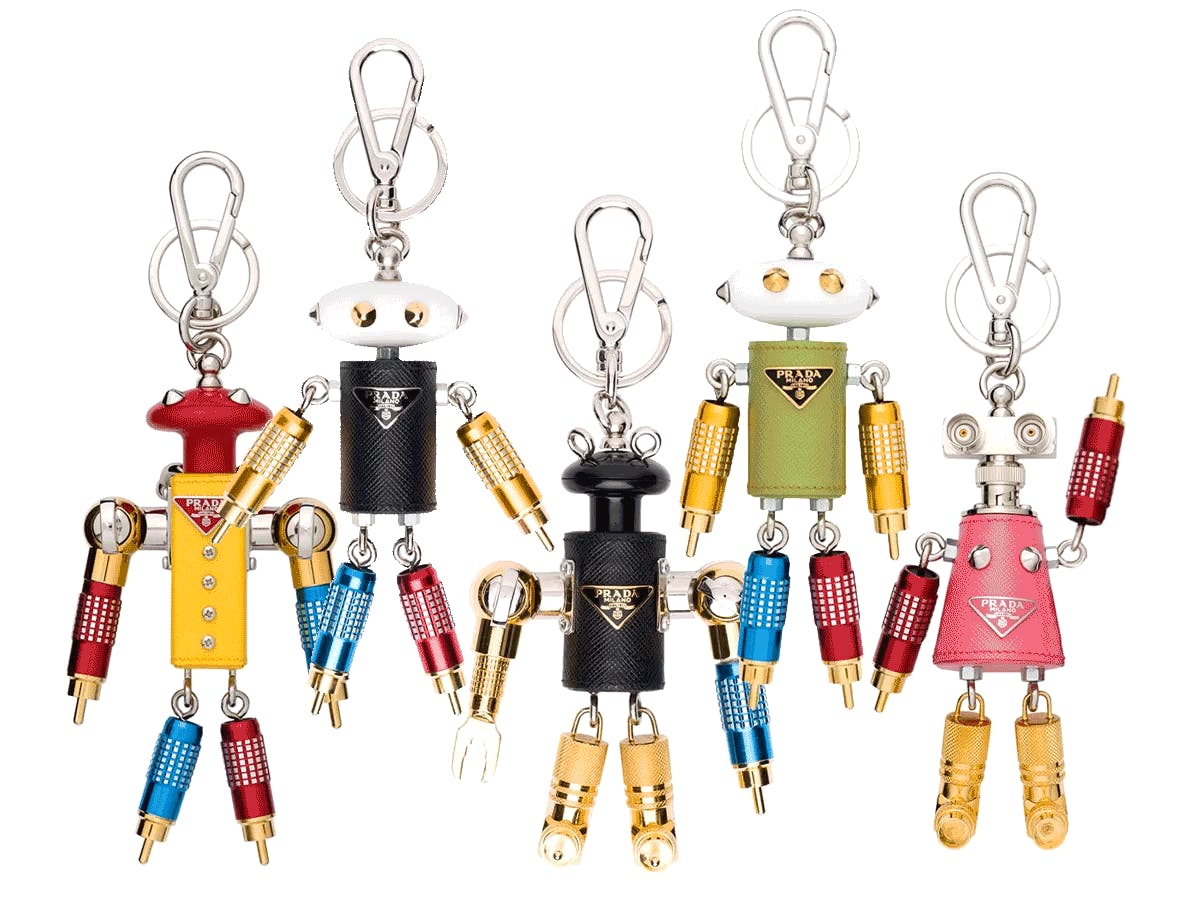 Hands up if you remember Prada’s beloved Edward? In case you forgot, he’s the blanked face robot that came in a Saffiano-wrapped body and electrical cables for limbs that stole our hearts when he first came out back in 2009. Edward is no ordinary robot though; he is actually a bag charm/keychain that comes with his own steel hook and split ring, and over time, has become one of Prada’s most unlikely icons yet.

And because it has reached icon status, Prada’s Trick keychains now extend to a family of colourful robots whom have joined Edward, with equally adorable names like Robin, Romeo and a girl robot named Giulietta, amongst others. Standing slightly taller than their older brother Edward (14 cm), these all-new Trick keychains range between 18 cm and 19 cm long with even brighter and bolder colours (and even more metallic hardware).

An adorable keychain that also looks good on your pouches and totes as a bag charm, you can even hook them all together as a little family of robots, because #moreismore. Available at all Prada boutiques islandwide, these new ones are retailing at SGD610 each, while Edward (which is the OG as far as the Trick is concerned) is priced at SGD430. And something to note, whoever said fashion is a bad investment should know that Edward was retailing for just SGD140 back in 2009. Really.