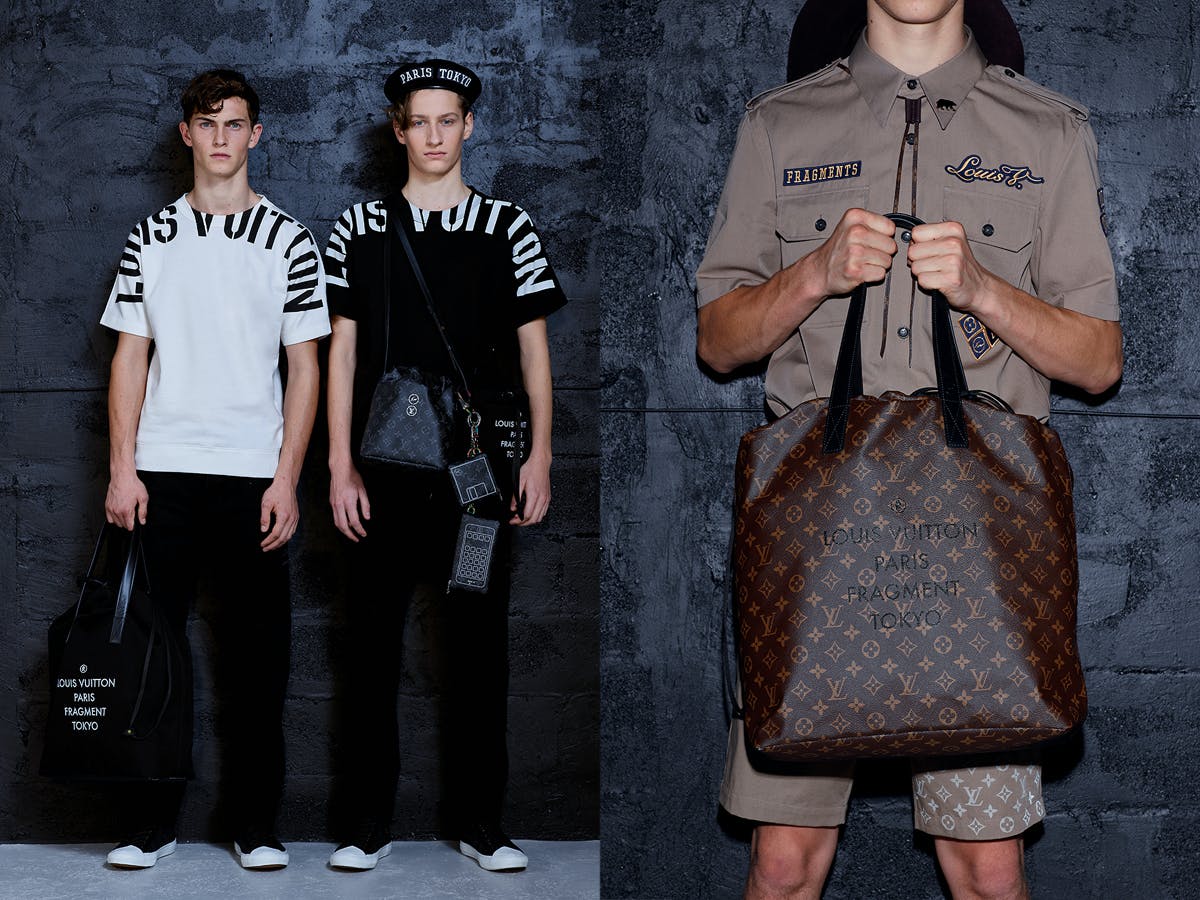 Fans of Louis Vuitton and Fragment, rejoice! Following last year’s exclusive pop-up in Japan that sold out the day it was launched, the French luxury house and the cooler than cool Japanese streetwear label Fragment have come together again to release an equally (if not, more) exciting line-up that’s part of the Fall-Winter 2017 Pre-Collection for men. Slated for a general worldwide release sometime in May 2017, the collection is a great contrast to the other much-anticipated release of the year: the Louis Vuitton x Supreme collaboration. Besides focussing on a much darker palette that primarily revolves around Monogram Eclipse, all bags and SLGs are given that added Fragment twist, a white/black/white web stamped with Fragment’s dual lighting bolts for approval. And the collection’s pretty extensive; think backpacks, duffles, totes, zip pouches… the list just goes on and on with special pieces like the leather teddy bear and the Eye-Trunk iPhone cases destined to become collector’s pieces.

As far as bags are concerned, the drawstring tote bags (known as the Cabas Light) that will come in Monogram Eclipse, Monogram Canvas as well as a third in black fabric will be high on everyone’s wish list. There’s also a miniaturised version, known as the Nano Bag (you can view it here over on my Instagram page) that’s too cute, I mean, too cool to resist.

There’s plenty of RTW too, from varsity jackets to tees and everything in between to help you channel that back-to-school vibe that’s frankly nostalgic. And because there are more details that only be released in due time (and in due time we mean in the coming days), just sit back, relax and just start planning what will be the must-haves from this collaboration that you’ll really have to get. 5 April 2017
This just in! After Tokyo, Singapore will be the second city in the world to host its very own pop-up store in collaboration with Surrender @ 268 Orchard. #scream

Besides the fact that everyone on our sunny island will get faster access to the much-coveted collection, ‘pop-up’ in #LVSingapore speak also means there will be exclusive pieces in limited numbers of pieces which will make the queuing so much more bearable. Yes, there will be definitely a long queue, just like the one they had in Tokyo last year when the first #LVxFragment collection was launched.