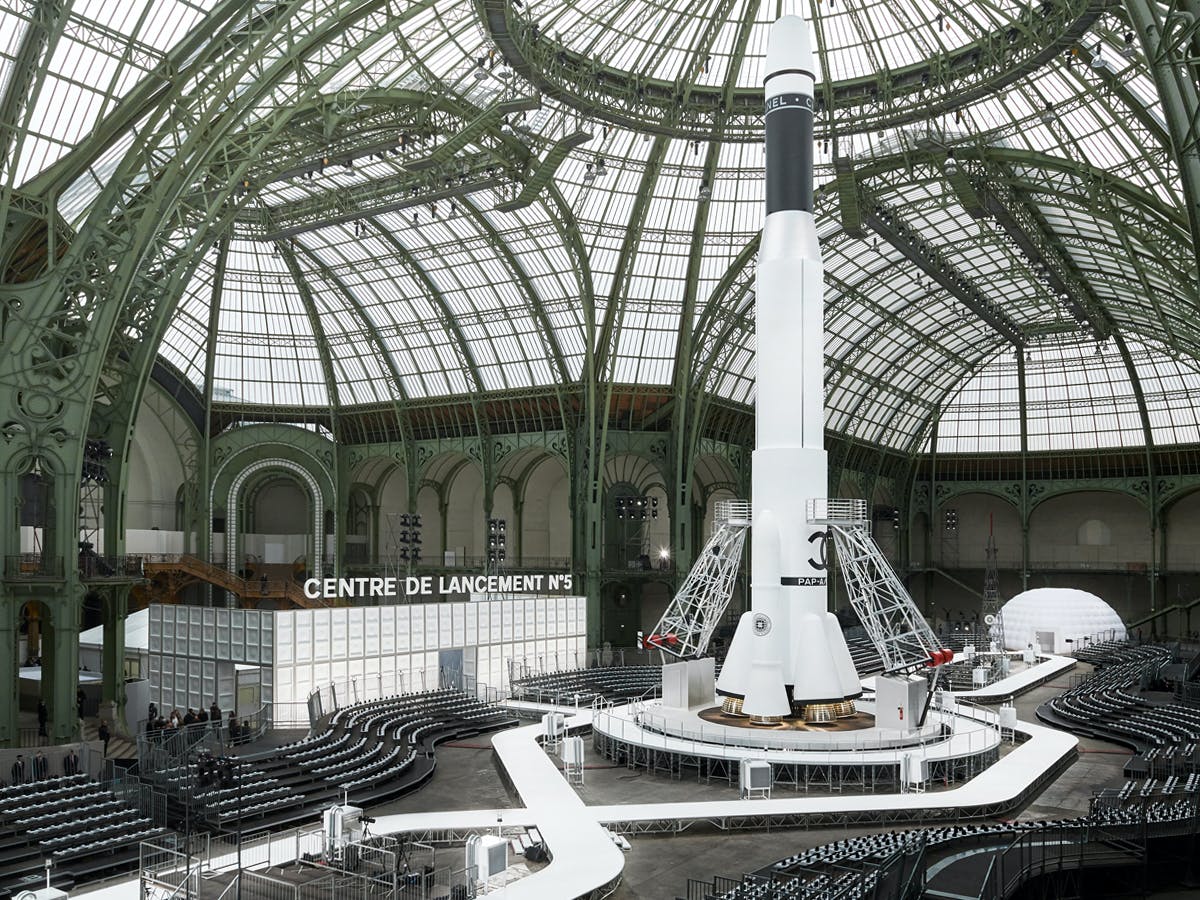 ‘Let Chanel surprise you’ was one of the nuggets I got from Chanel’s President of Fashion, Bruno Pavlovsky, when we sat down for an exclusive interview (more on that that later) moments before Chanel’s recent Fall-Winter 2017 runway presentation in Paris’ Grand Palais last week. And can I just say, it wasn’t just surprise I felt when the show started; it was the full-on jaw-dropping what-kind-of-sorcery-is-this surprise that had my goosebumps tingling with excitement.

And as far as greatest show sets ever created, this would surely be one that gets remembered for generations to come, with Chanel doing what it always does best: presenting their RTW collections in the most theatrical of presentations. Standing almost as tall as the 147 feet glass domed ceiling, the centrepiece of the entire show was the Chanel-branded rocket which ‘lifted off’ almost 30 feet at the end of the show. There was a countdown, there was lots of smoke, there were oohs and aahs aplenty as all 2600 guests strained themselves silly to snap the best image they could on their smartphones. Then there were the bags, and there were plenty, from the novelty to the functional. From the smallest of clutches in the shape of planets and rockets, to large everyday bags in the form of backpacks and totes, there will definitely be something for everyone as far as function/size/style are concerned. There were also familiar favourites, from the Boy Chanel given a sprinkling of ‘stars’ in the chevron weave to the Gabrielle in new colours, from shades of pink to iridescent hues.

On my own personal wishlist? The rocket, the oversized tote and of course, that silver backpack but because it’s way too early to tell if a) they will make it into production, or b) how much they will actually cost, this boy will just have to dream (and continue to have goosebumps) whenever he relives the moment by rewatching the show on Youtube.