If anyone is asked to name Dior’s most iconic bag, I’ll have no doubt that the answer will be Lady Dior in a heartbeat. A bag that’s truly synonymous with the French luxury house, it was first created in 1994 and was known as the Chouchou (meaning ‘favourite’). Two years later, it was named Lady Dior in honour of Princess Diana, who, on a visit to Paris, fell in love with this uniquely-shaped bag.

22 years on, the Lady Dior has naturally evolved into Dior’s go-to IT bag, appearing in almost every runway collection in different interpretations, along with a bevy of classics that you’ll always find in any Dior boutique around the world. It has been made in countless sizes, made wide, made tall, and reproduced in almost every leather you can imagine, from the most exotic of skins to favourites like calfskin and lambskin; the list just goes on and on. 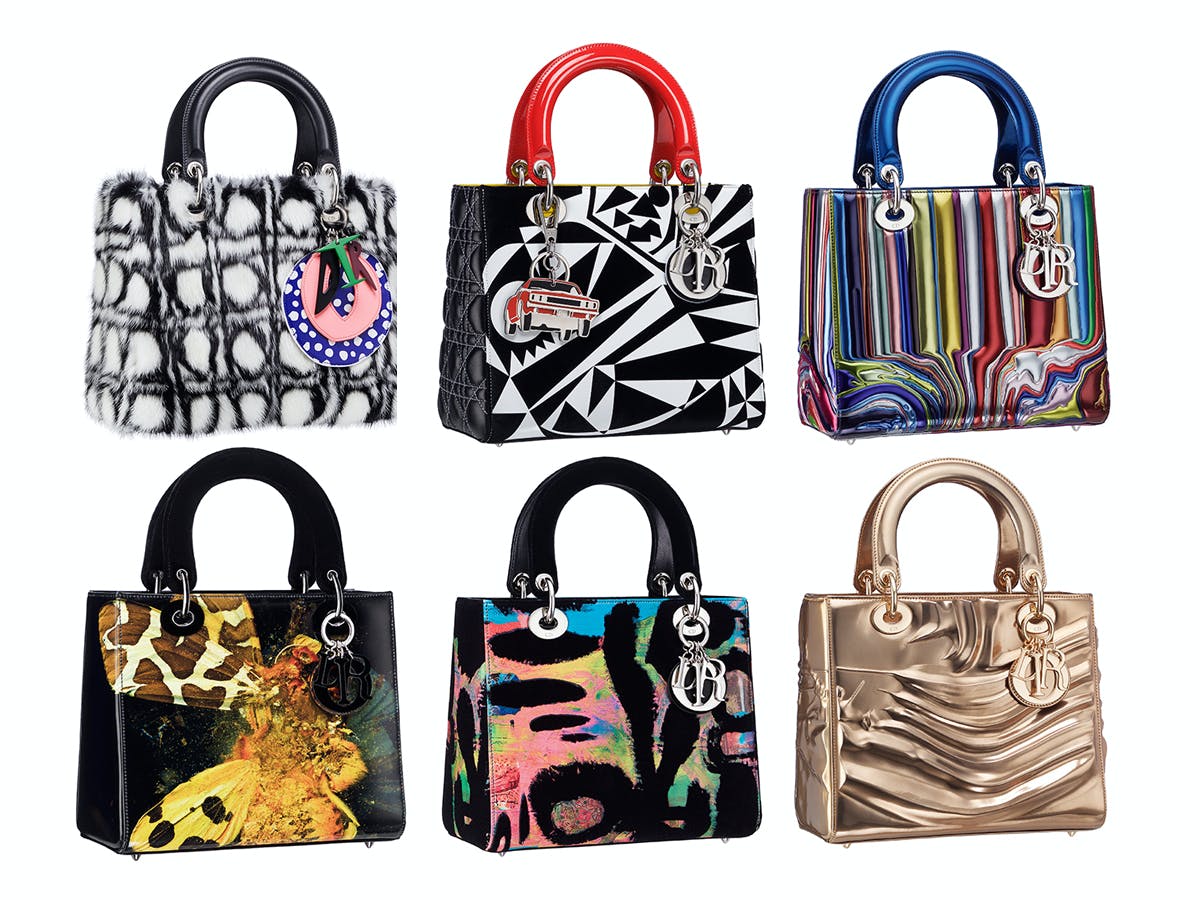 And it’s not hard to see why. Architectural, with the House’s well-known Cannage pattern and metallic alphabet charms spelling D-I-O-R on each bag, 6 new American and British artists have been invited to create/interpret their own Lady Dior bags, collectively known as the #DiorLadyArt project. Given carte blanche to do most anything they liked, all the artists created Lady Dior bags in different sizes, with some creating complementing accessories as well, from clutches to SLGS like wallets, card cases and key rings. Personal favourites include Jason Martin’s monumental sculptural relief paintings that have been beautifully interpreted onto his Lady Dior bags that you’ll find in Copper, Gold and Silver, along with Chris Martin (no, not the Coldplay guy) and his abstraction works, which you’ll find on one Lady Dior. The other features a print of a drawing from one of his major works, Frog 1, which sees the little critter made into another bag, along with SLGs, a scarf and a key ring.

To be made available in selected Dior boutiques around the world from Miami to London and Dubai to Paris, (no, Singapore isn’t on the list), never say never if there’s something that catches your eye that you really want. All you need to do is to pop into your nearest Dior boutique on the island and ask.