VIVIER’S PILGRIM MADE ITS FIRST APPEARANCE IN 1965 FOR THE MONDRIAN-INSPIRED COLLECTION BY YSL. IMAGE: ROGER VIVIER

Think Roger Vivier and the first thing that comes to my mind would be its iconic buckle, something which I’ve always associated with the French luxury shoe-maker who opened his first store in Paris’ fashionable rue Royale back in 1937.

Having worked with fashion greats like Christian Dior, Nina Ricci and Pierre Balmain, it was through Yves Saint Laurent’s invitation to design shoes for his 1965 Mondrian collection that Vivier’s emblematic icon was born. The chromed buckle adorned a selection of flat-heeled pumps which Vivier created to complement Yves Saint Laurent’s couture creations for that season.

And there’s been no looking back since. Today the buckle is a permanent fixture in almost all of Roger Vivier’s creations under the direction of the brand’s Creative Director, Bruno Frisoni, who has adopted the chrome buckle as a symbol of Maison Roger Vivier. ‘This emblem of the Vivier spirit seemed the most obvious signature,’ Frisoni says, ‘especially as it lends itself to so many interpretations.’

From shoes and bags to small leather goods and even accessories like belts, jewellery and sunglasses, the iconic Vivier buckle has been reinterpreted countless times according to the spirit of the season. From being intricately decorated with glittering strass to holding its own as the most defining icon on the Viv’ range of bags, the buckle has seen various interpretations – wrapped in leather, adorned with floral crystals, even chromed in countless metallic hues. The only constant is that it has never become unrecognisable, always retaining its distinct shape as an ode to its creator. 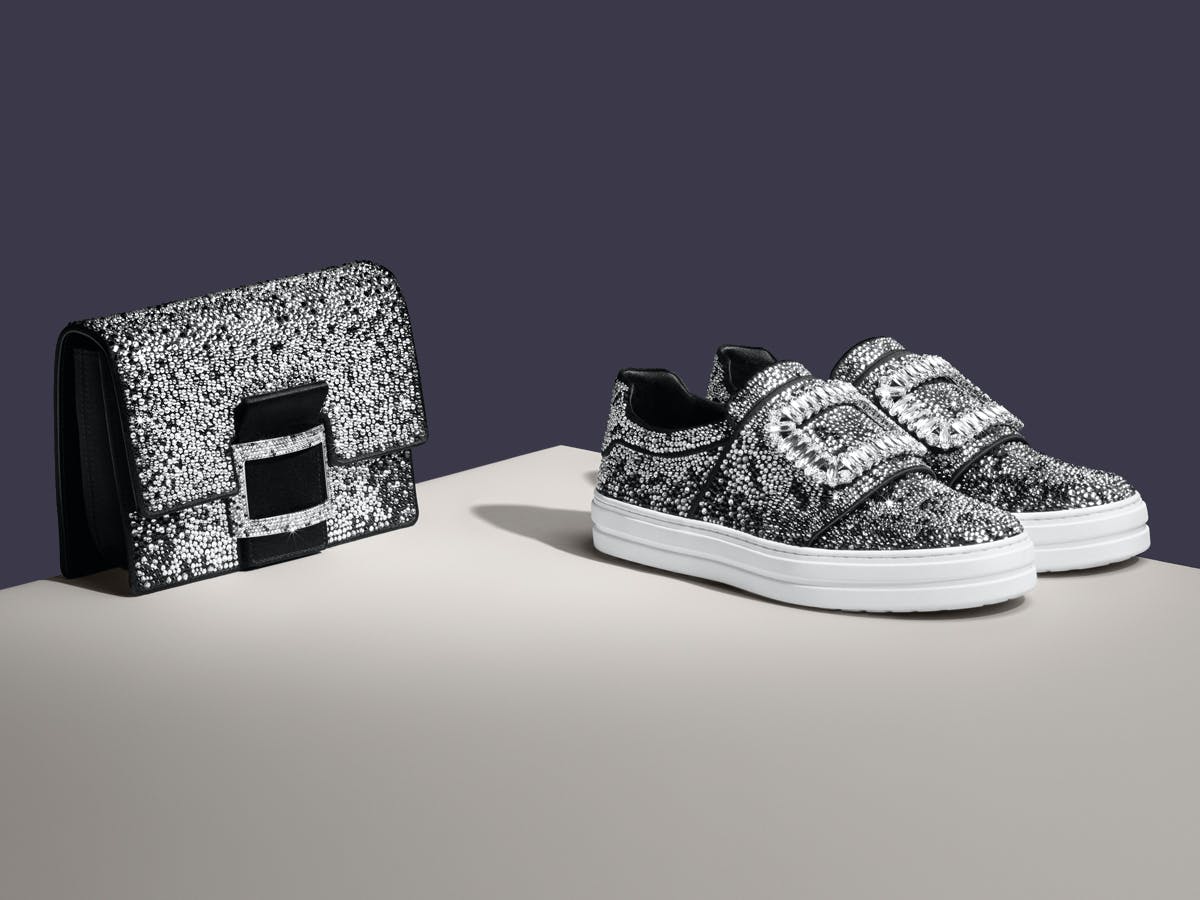 Walk into Roger Vivier today and you’ll see a plethora of buckled beauties, starting from footwear that range from tall sensual heels, to flat-heeled pumps, to girl-on-the-go sneakers. And then there are the bags, from the Pilgrim de Jour leather tote that comes with matching leather-wrapped buckles to the Viv’ range of exuberantly youthful pieces that come in the form of sling bags to clutches and everything else in-between.

In other words, falling in love with most everything you see would the easiest part. It’s deciding on what exactly you’ll want to bring home with the iconic buckle that would be difficult.

Images: Roger Vivier
This post is a special feature created in partnership with Roger Vivier