The Horizon, also known as the luxurious rolling luggage designed by Marc Newson for Louis Vuitton, is quite simply a sight to behold in Monogram Eclipse. Basically the Black/Grey rendition of Monogram Canvas (you would know this if you’ve read the first and second posts of this series), you could say it has come full circle as far the Horizon is concerned.

In honour of his late father Louis Vuitton, who started the business making travelling trunks for the crème de la crème of society, Georges Vuitton created and dedicated the Monogram Canvas pattern to him all those years ago. Today, it continues to adorn the luggage pieces of modern travellers, with this being one of them.

Only available in size 55 as far as the Horizon in Monogram Eclipse is concerned, it’s only an ultra-light piece of the luggage, the SGD4250 luggage measuring some 55 cm by 39 cm by 21 cm is also the ideal carry-on size for most airlines. Framed by a cane handle that tucks away completely when not in use, the larger than normal handle isn’t big just from a design perspective, it also allows for eased manoeuvrability. And with the 4 compact wheels at the bottom, moving from point to point within the airport (even if you’re in hurry and with a full luggage) would be easy. 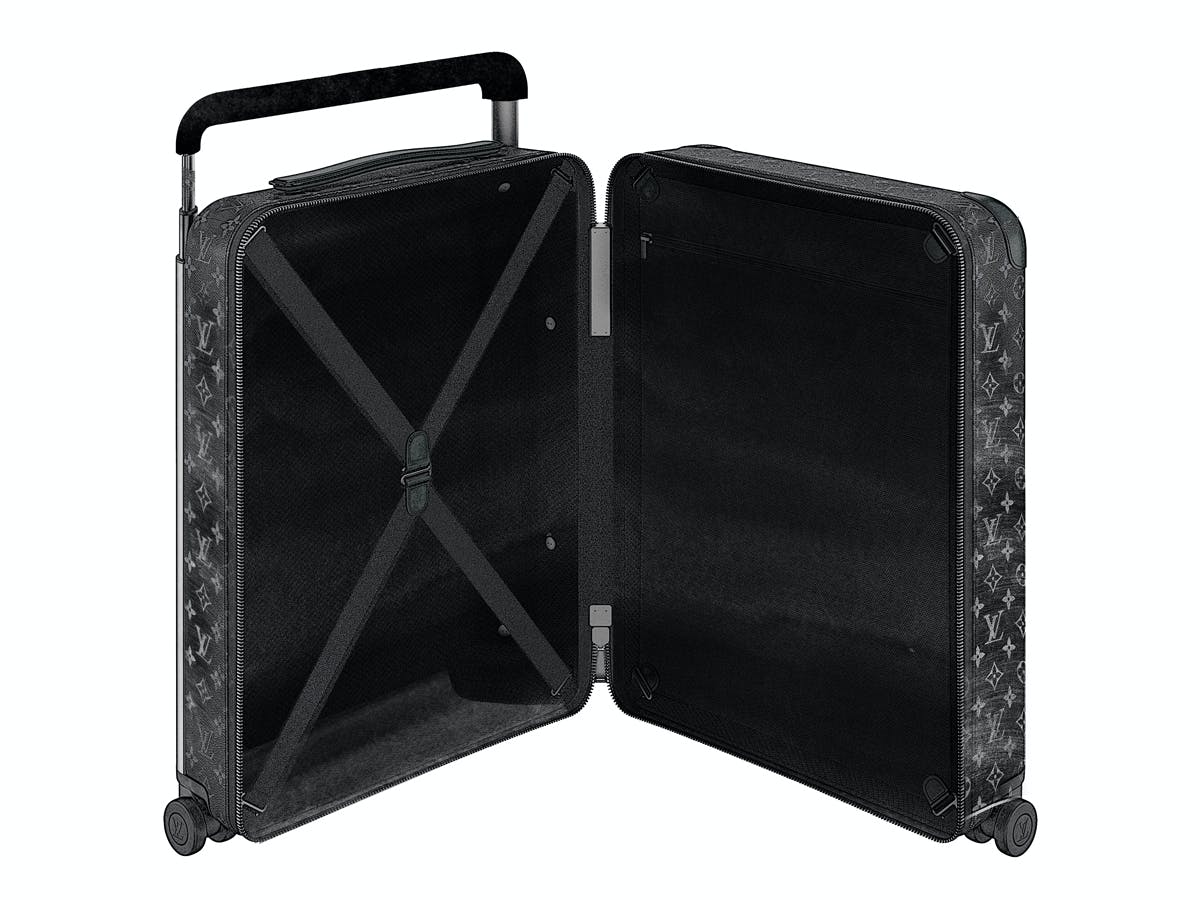 On the inside you’ll find generous compartments that are also flat, which is possible only because the cane handle is positioned at the sides and not in the middle like most other four-wheeled luggages. Finished with a pull zipper closure padlock system that’s also TSA-approved, this is the perfect carry-on for the executive on the go, shuttling from city to city on an almost weekly basis.

For this, and more pieces from the Monogram Eclipse collection, you can follow this link to have a look. Better yet, pop into Louis Vuitton boutiques across the island, including ION Orchard, Marina Bay Sands and Ngee Ann City to see how tradition and modernity have combined to culminate in the most beautiful effect.

Images: JSK for LOUIS VUITTON
This post is part of a special feature created in partnership with Louis Vuitton