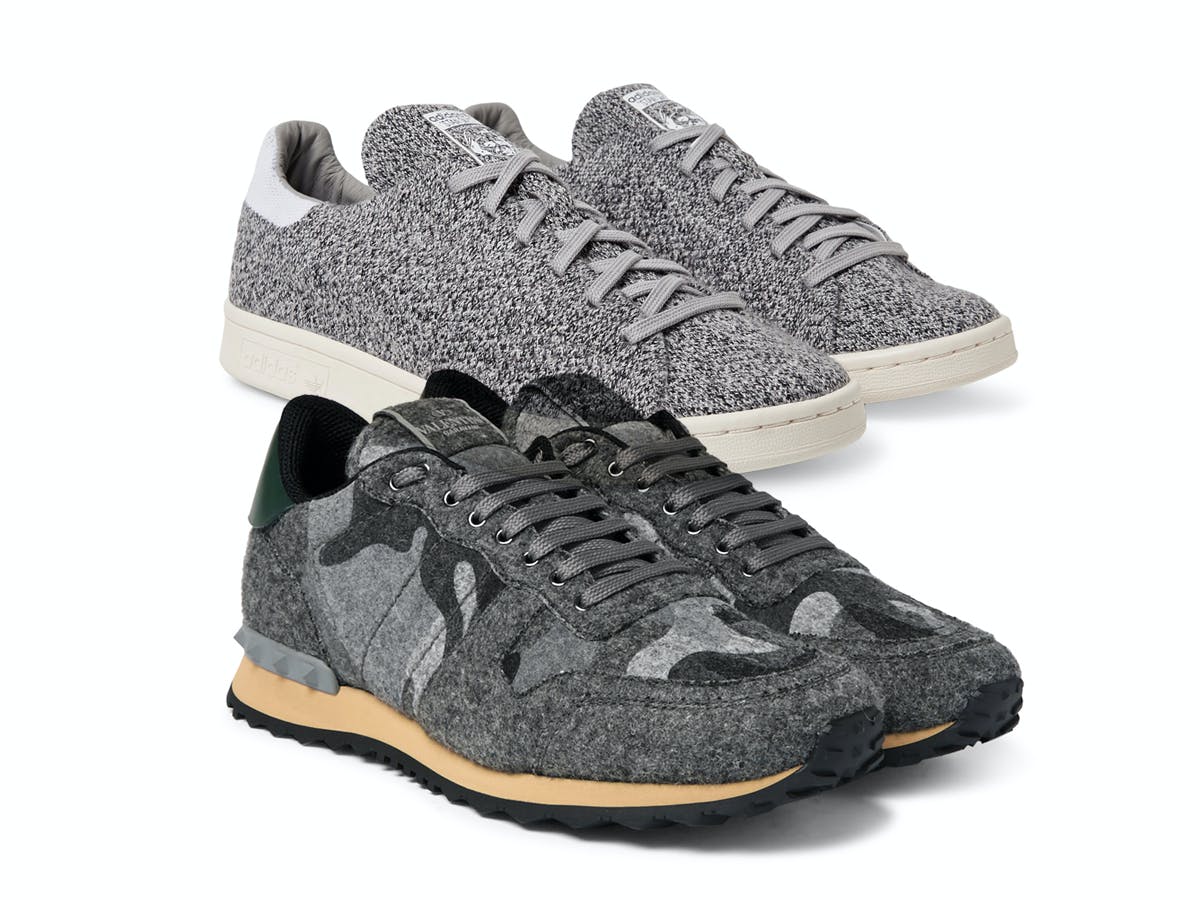 Ok, so one pair is from Adidas, and the other is from Valentino, so comparing them would be akin to comparing an apple to a pineapple. But whilst both pairs differ on so many levels, from the brands themselves to their prices and even their general design, they are also both pretty much the same. Same in the sense that they are both generally grey and fuzzy, the Stan Smith from Adidas being made of  mélange Primeknit, while the Rockrunner from Valentino comes in grey camo-printed felt.

One’s priced at GBP83, the other, GBP455 (no prizes for guessing which price tag goes with which pair here), and both pairs are now available at Mr Porter. Same, but different. Question is, which pair would it be for you?