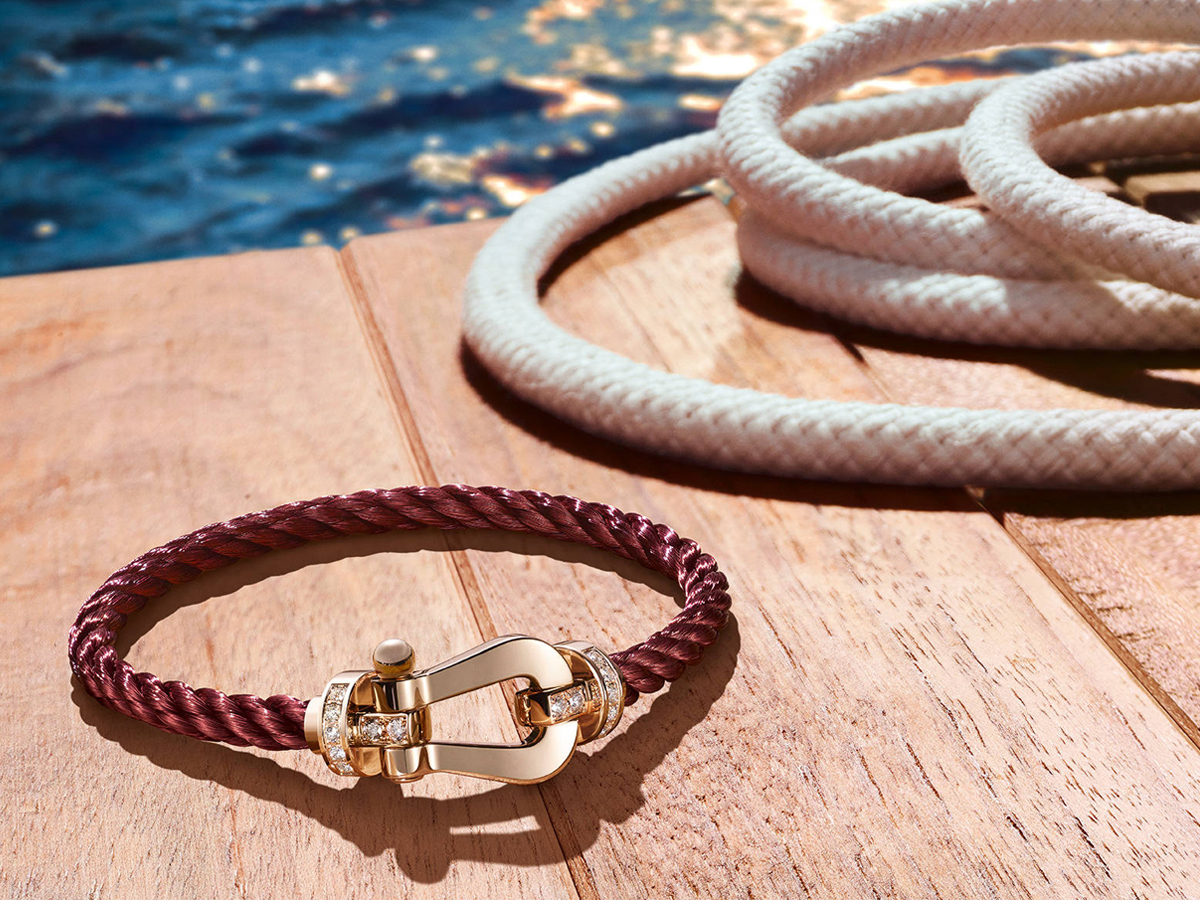 The idea is simple enough, but when it’s executed so well it certainly deserves a second look. What am I talking about? Well, have a look at Fred’s Force 10 bracelet collection which was first designed in 1966 by the son of the founder, Henri Samuel, for his wife. The founder? Fred Samuel, the son of an Argentinian jeweller who sent him to France and who then established Fred Joaillier in 1936 in Paris, which is where the story of the storied jewellery house began.

Growing up in South America, Fred Samuel had a great love of the sea, which you could say inspired his son to create the Force 10 bracelets. He braided marine cables together, secured both ends to a buckle that’s also nautical-inspired and as they say, the rest is history. Still manually produced today, the LVMH-owned jeweller’s bracelets are woven with up to 1500 threads in steel or gold, which pretty much means they are virtually indestructible. They also come in huge variety of colours (and by huge, I mean immense) that both girls and guys will find irresistible, from pastel hues to bold manly colours both sexes will appreciate. After the bracelet comes the buckle, which comes only in precious metals. Yes, precious metals, no silver shit, not weird alloys, just pure gold that you can pick from in Rose, White and even Yellow golds. And if that’s not enough for you, you can also pick from the ‘exotics’: from buckles in pavé diamonds to buckles in ceramic, the choices are truly endless.

How much do they cost, you ask? The bracelets start from SGD480, and the buckles, SGD2655. Put them together and a basic ‘entry-level’ set will set you back by almost SGD3000, which really isn’t a lot when you consider the bracelet that won’t break or fade, and the buckles that are quite literally worth their weight in gold.

Now comes the where part. Fred is located at Marina Bay Sands, at B2M-200 on the Casino Level. Just follow the sounds of the jackpot machines going ka-ching, you won’t miss it.